Team Tardi will get the chance to defend their Canadian Junior Men’s Curling title when they head to Quebec next month for the national championship.

Skip Tyler Tardi, third Sterling Middleton, second Jordan Tardi and coach Paul Tardi were on last year’s team that travelled to the nationals, but this will be the first trip to nationals for lead Zachary Curtis. The Tardis live in Cloverdale, while Middleton lives in New Westminster and Curtis lives in Burnaby.

Speaking after the final, Tyler Tardi said he knew it was going to be a tough game. “It was pretty stressful. I have a lot of respect for Team Ballard, they’ve been working hard for as long as I can remember. They’re good throwers, they have a good sense of strategy. Bryan (Miki) has been doing a really good job with the team. I expect them to do really well at U18s.”

Tardi is looking forward to Canadians, and hopefully, another trip to worlds. “It’s always fun to just go there. There’s a lot of friends that go to that event and it’s great to see them. I’m excited to hopefully defend the national title first and then do better at worlds.”

The 2018 New Holland Canadian Junior Men’s and Women’s Curling Championships run from Jan. 13-21 in Quebec. That event will be staged at the Centre municipal de curling de Shawinigan and the Aréna Grand-Mère. 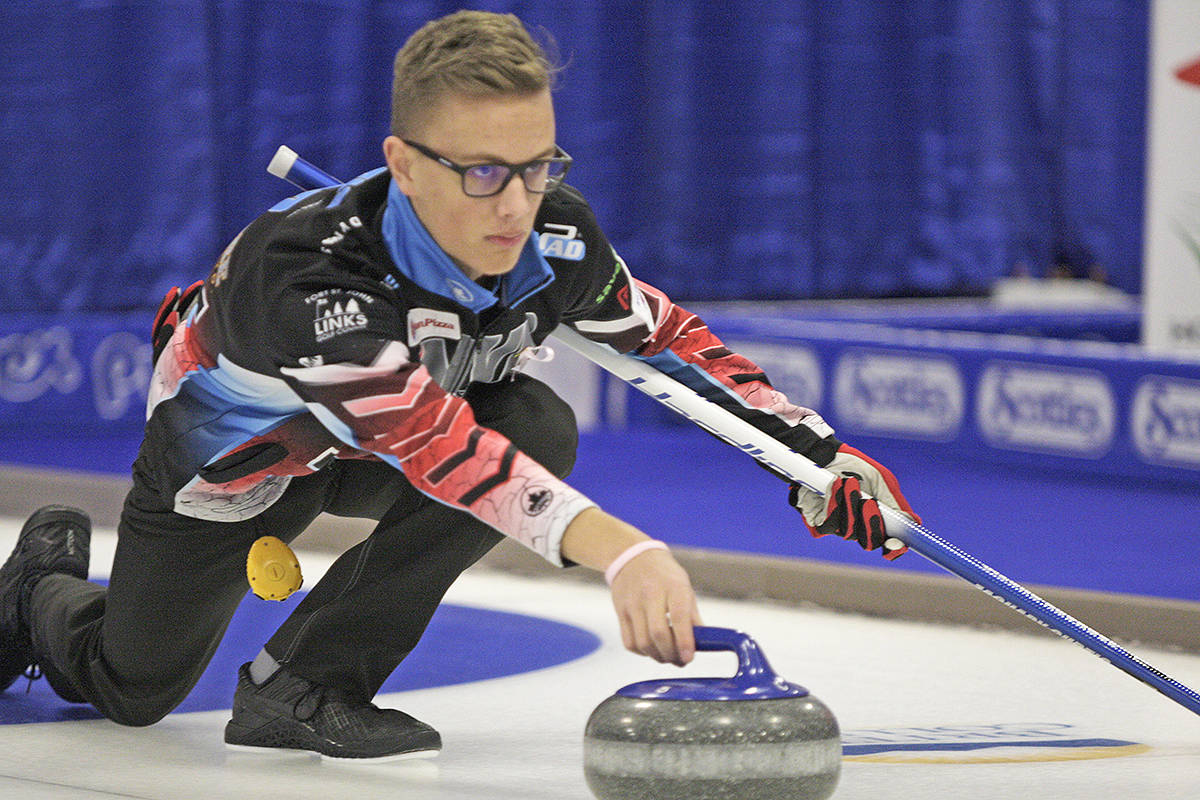 Zachary Curtis of Team Tardi lines up a shot Saturday at the BC Junior Curling Championships in Langley. Dan Ferguson Langley Times 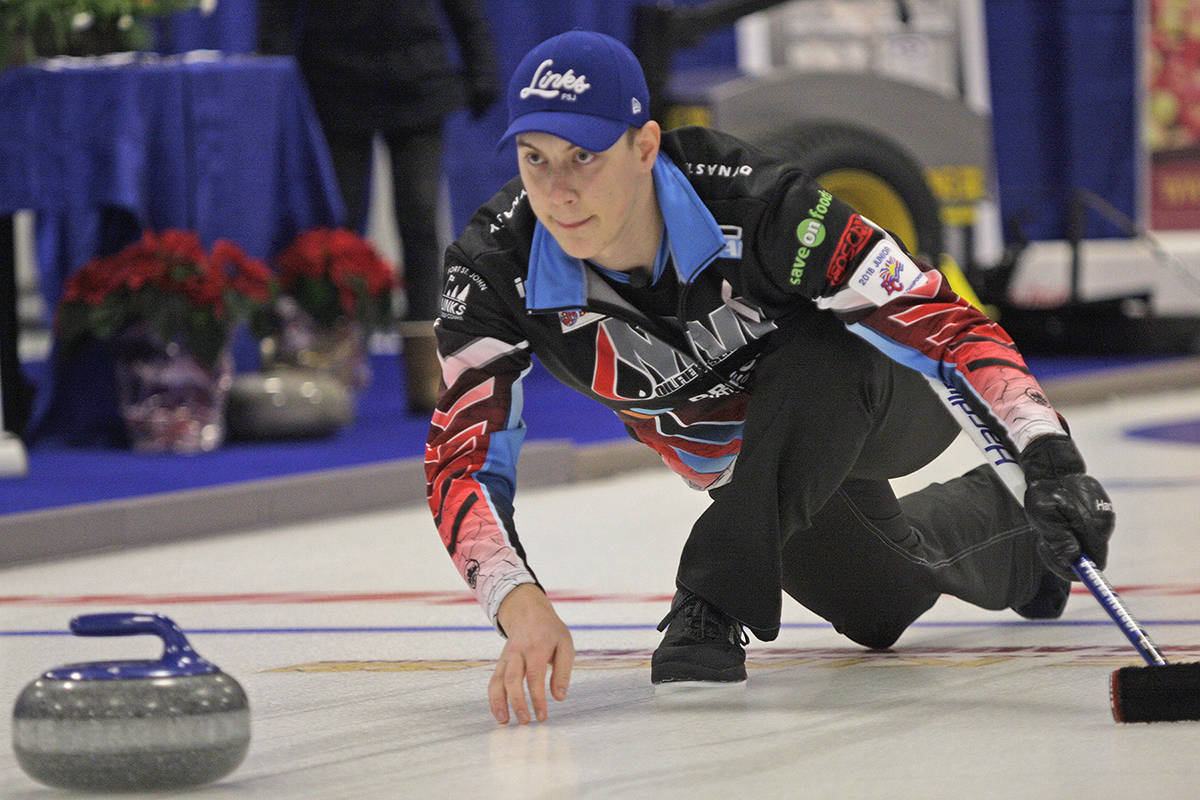 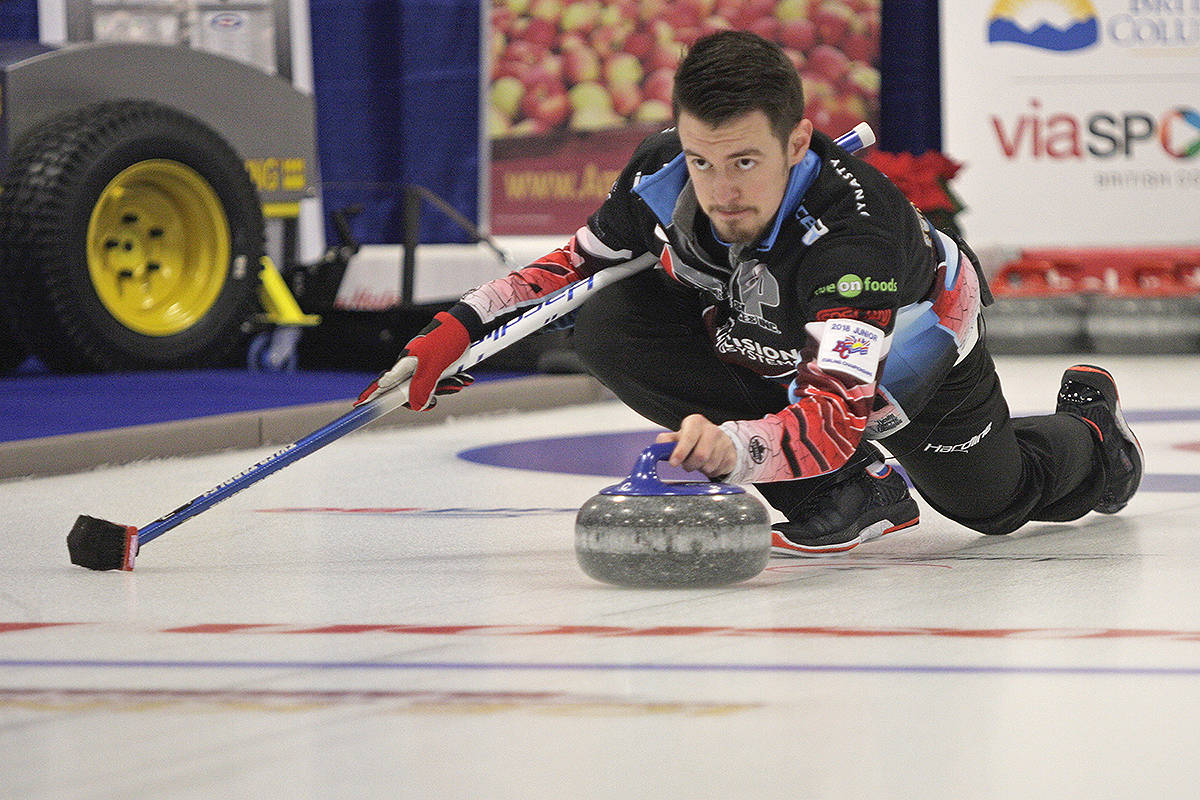