Bailey Herbert, a young Langley swimmer, is off to Fiji in late August thanks to her prowess in the pool.

The 15-year-old will swim as part of Team Canada at the Junior Pan Pacific Championships from Aug. 23 to 27 in Suva.

The competition will included more than 300 swimmers – ages 14 to 18 – from around the globe.

Herbert, a member of the Langley Olympians Swim Club, qualified for the spot on Team Canada during the Pan Pacific trials earlier this month.

Meanwhile, she also competed in the 2018 Canadian swimming trials held earlier this month in Edmonton.

She was joined by three other Langley Olympians, Josie Field, Hillary Metcalfe, and Demetra Sicoli who were vying for a spot at the Pan Pacific Swimming Championships in Tokyo next week.

And at the same time they were in Alberta, 11 swimmers from the Langley Olympians were in Cowichan for the BC Summer Games.

She also won a bronze medal in the 1,500m freestyle with “100 per cent best times in all events,” said the team’s office manager Christy Thompson.

Four LOSC swimmers were in Winnipeg this past weekend to race in the Canadian Junior National Championships.

Earlier in the month, a half dozen other Langley Olympians were invited down south, to a Sizzlin’ Summer open meet in Moses Lake, Wash.

Macey Larson, 10, Riley Lane, 14, Samantha Burwell, 11, and Parr, placed or recorded personal bests during that fun outdoor long course. They were up against 350 swimmers from 28 swim clubs from Canada and the United States.

Registration for the Langley Olympians Swim Club is ongoing.

The Langley Olympians are offering fall registration for Walnut Grove and W.C. Blair pools. For information, people can call 604-532-5257 or visit their website at www.langleyolympians.com for more details. 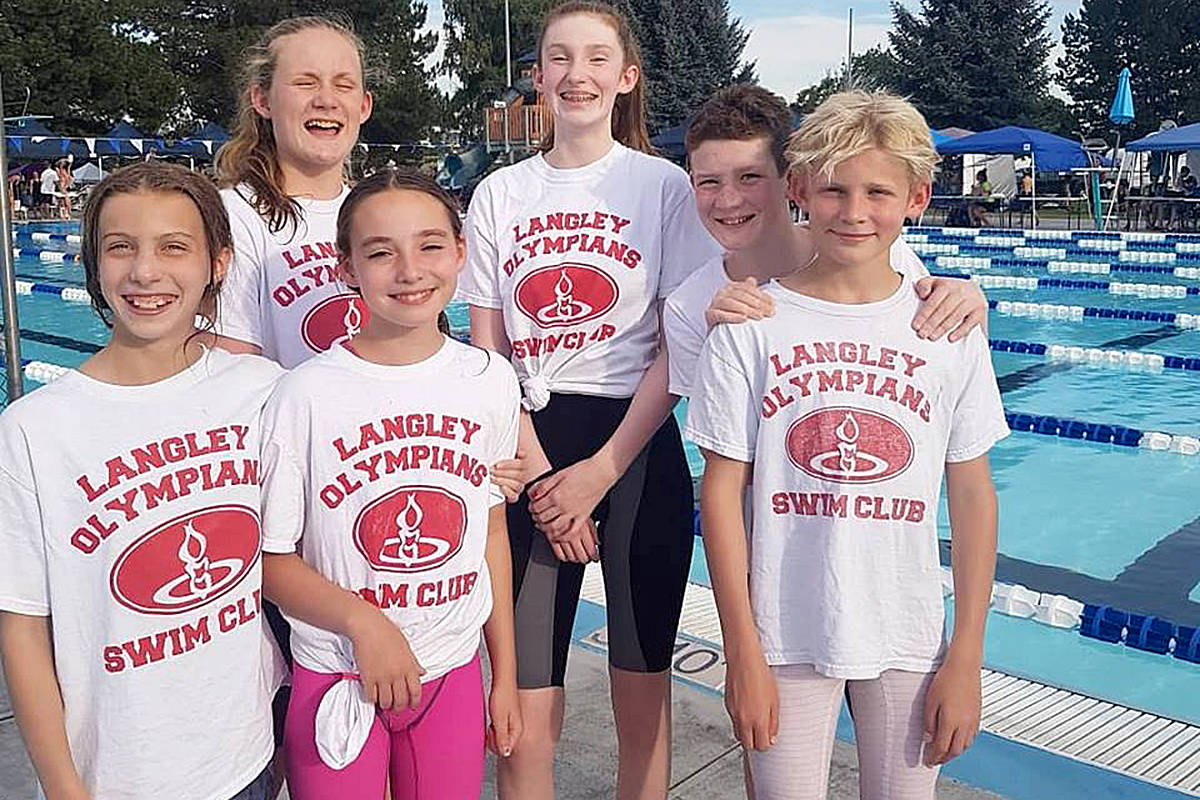 A six-pack of swimmers from the Langley Olympians were in Washington in July for a meet. (Special to the Langley Advance) 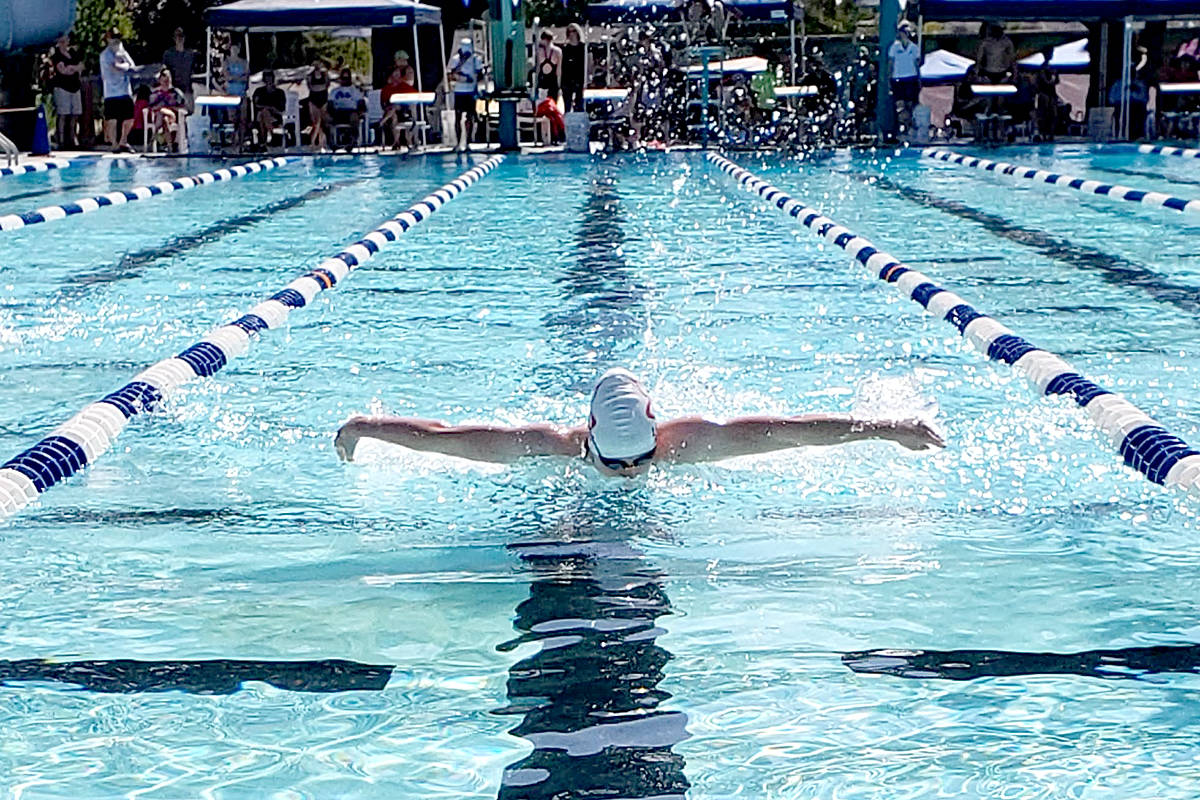