It has been a decade since Tessa Beauchamp passed away, but her memory continues to live through a charitable foundation dedicated to honour her legacy.

The Surrey teen passed away in 2012, at the age of 18, after a nearly four-year battle with a rare type of cancer. She left behind a legacy of incredible strength and levity, despite her years of struggle.

The Tessa Beauchamp Foundation was founded to honour her memory and as they have done every Western Lacrosse Association season since 2013, the Langley Thunder will once again auction off specially-designed game-worn jerseys from their July 9 home game at Langley Events Centre against the New Westminster Salmonbellies.

The jerseys are sponsored by Mike Vanichuk Transport Co. Ltd. with 100 per cent of the proceeds from the jersey auction benefiting the charity.

Tessa was dating the son of Langley Thunder president Ken Buchan – who was also a teacher at Holy Cross Secondary where she attended – and Buchan serves as the president of the Tessa Beauchamp Foundation.

“She fought to the end and is an inspiration to so many people,” Buchan said.

The charity distributes scholarships for students, as well as assisting registered charities in their efforts both locally and internationally and attempts to give back to others, just as Tessa gave the gifts of friendship, love, and inspiration, he explained.

Her battle with cancer is just part of Tessa’s story as when she was nearly three years old, she suffered third-degree burns to nearly 20 per cent of her body after her dress caught on fire while sitting in front of a glass fireplace.

She overcame that and became an excellent student and outstanding athlete, especially on the basketball court.

In her Grade 9 year, doctors found a growth in her inner ear, resulting in two surgeries, three rounds of radiation, and three visits to Edmonton for a specialized radiation treatment.

Despite her ongoing treatments and the side effects – she had no hearing in her right ear and had to play with an eye patch to combat the double vision she was experiencing – Tessa would join her teams either on the court playing or cheering them on the sidelines when she was not strong enough to play.

The cancer returned, but that would not stop her from suiting up for the Holy Cross team at the BC 2A Girls Provincial Basketball Championships.

“The cancer by this time was making it difficult for her to breathe and left her extremely fatigued,” described Holy Cross coach Ryan Tyrell on the foundation’s website.

With a spot in the provincial semifinals on the line against an opponent, which had previously defeated her Crusaders in big games, Tessa delivered a masterful performance.

“From the start, it was evident Tessa was putting in a performance to be remembered. She played close to 40 minutes, scoring 30 points, and was a stalwart on defence and on the boards, single-handedly urging her team to victory and a place in the semi-finals,” Tyrell said.

“As in life and athletics, Tessa refused to give up. She simply could not accept ‘no’ for an answer.”

Tessa was named to the all-tournament team and 11 months later, she passed away after a nearly four-year battle with cancer.

Tessa’s friends and family will be on hand for the upcoming game, as they have every year the Thunder have hosted the Tessa Beauchamp night.

“The fact the Thunder do this is pretty amazing and it is nice to know that people still care and want to help,” said Tessa’s mother Wendy.

“The more people we can help, the more we can do, the better. It is nice to have something good come of something so awful,” she added.

Online bidding runs until July 9 (game day) at 3 p.m., and in-person bidding at LEC closes at the end of the second intermission of the game.

Following the conclusion of the second period intermission, bidders will be asked to check in at the bidding location to see if their bid was successful. Payment will be taken at this time (cash, credit card, or debit) and the winner will receive the jersey they have won from the player on the turf following the game.

Should an online bid hold up as the winner, the jersey will be retained (not washed) and arrangements will be made for pick-up or delivery. Please note, the bidder is responsible for any shipping costs.

To submit an online bid, please email media@tfse.ca with the jersey you would like to bid on and the bid amount (bids will increase in $25 increments).

Please note that not all jerseys will be game-worn as not every player will be in the line-up for the game. In addition, these jerseys are intended to fit lacrosse players in full gear and therefore the jerseys are sized appropriately.

To learn more about the Tessa Beauchamp Foundation, click here. 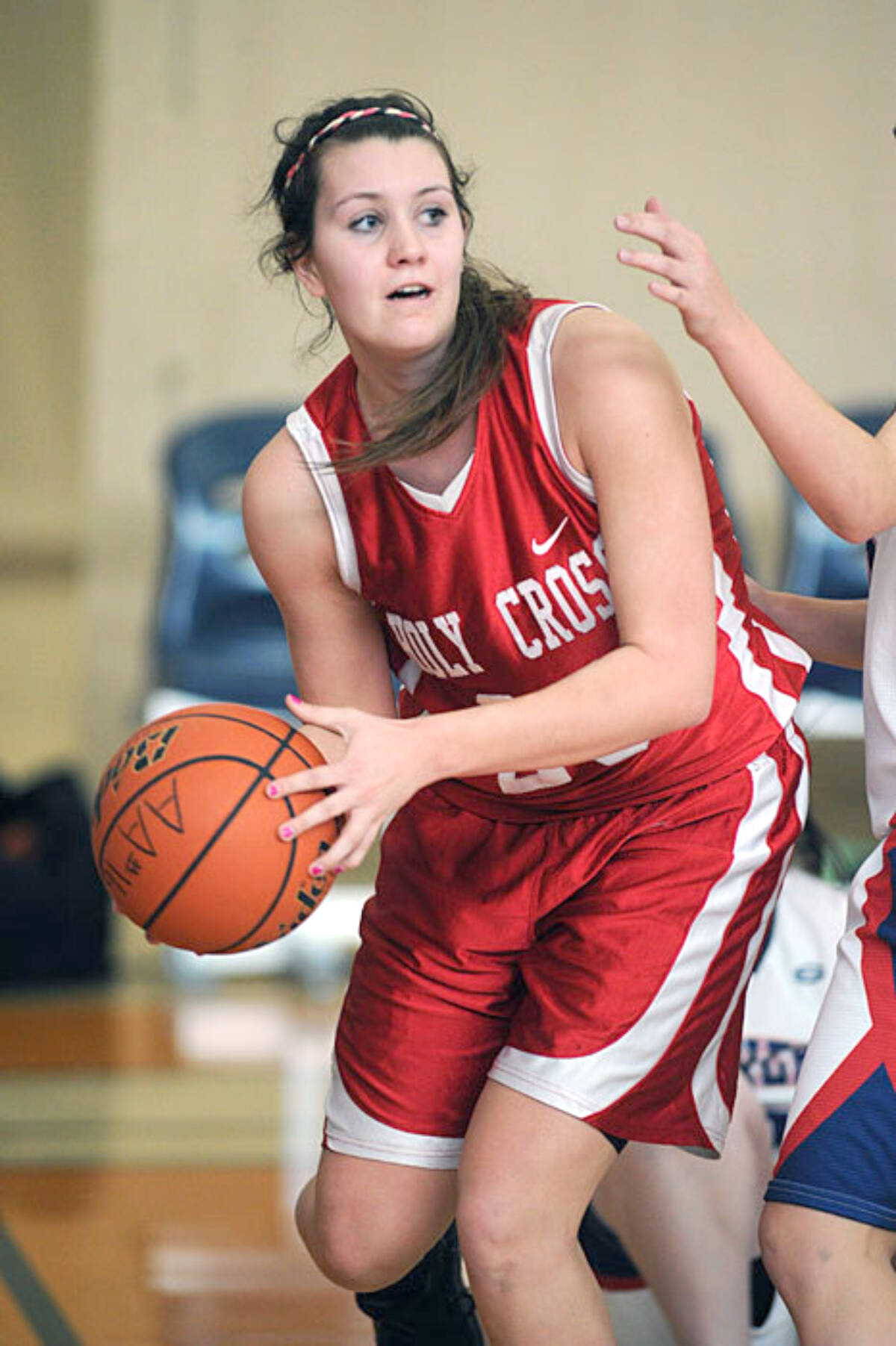 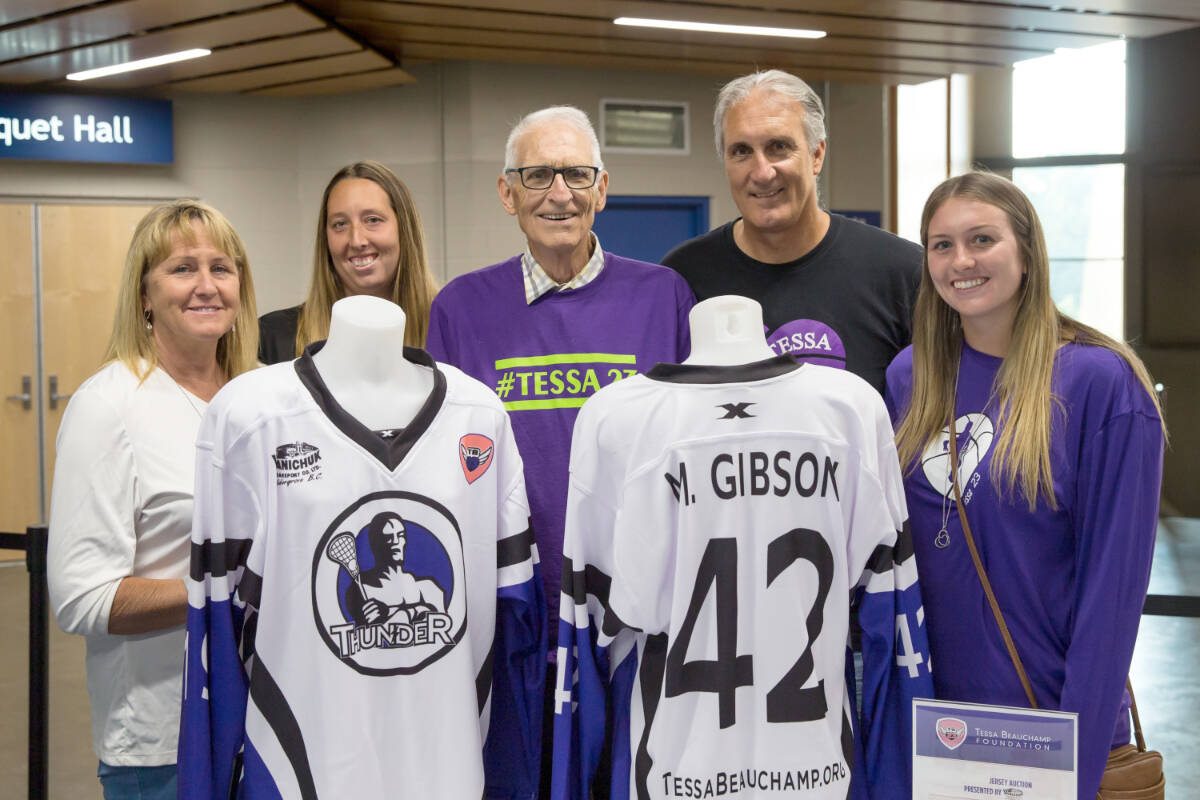 On Saturday, July 9, Langley Thunder will once again wear special jerseys – like these 2019 jerseys – which will be auctioned off with all proceeds going to the Tessa Beauchamp Foundation. Beauchamp was a Surrey athlete who lost a battle with cancer. (Garrett James/Special to Langley Advance Times)