Held Sept. 30 to Oct. 3, the event drew hundreds of players and their families from as far away as Kamloops and Nanaimo for the annual tournament hosted by the Ridge Meadows Burrards.

About 524 athletes between 10- and 18-years-old took part, with more than 60 games played at Telosky Stadium and across the street at the field behind the Arthur Peake Centre. 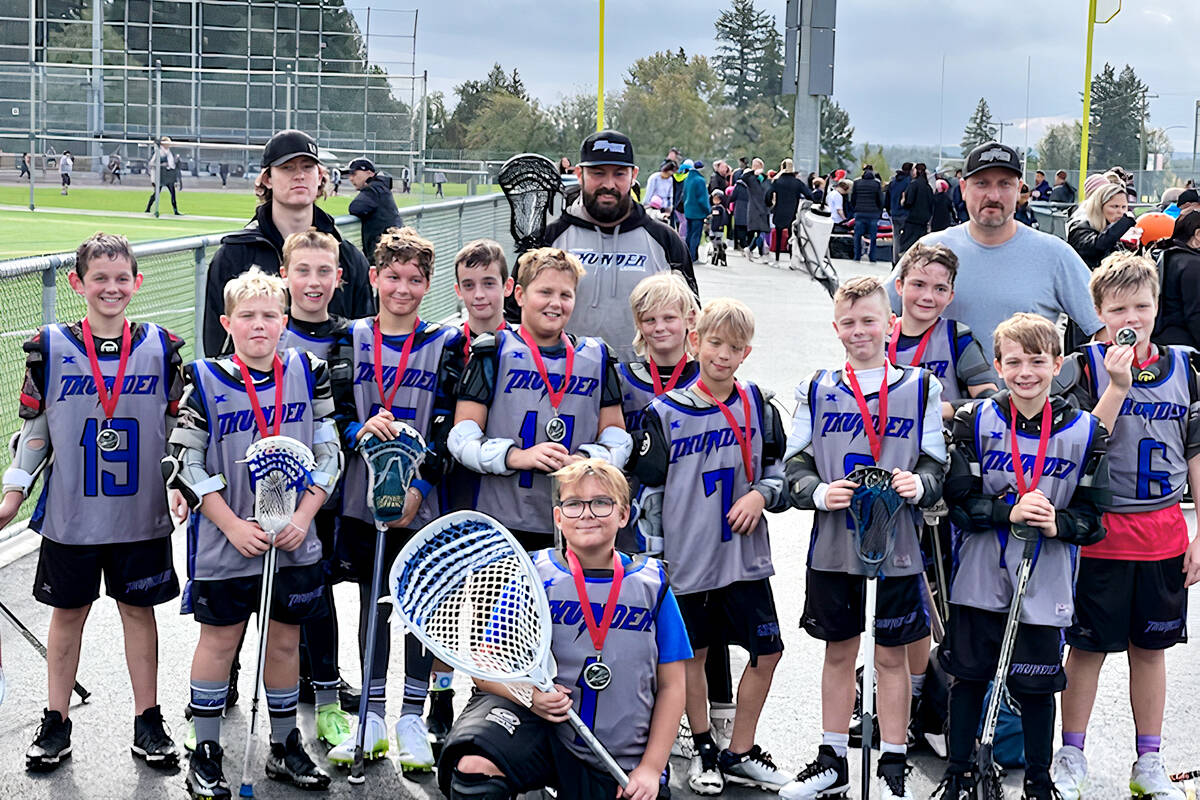 Langley Thunder U13 players took gold in Tier One, with a 10-2 win over the Coquitlam Adanacs, while the U11 Thunder took silver following an 11-5 loss to the Ridge Meadows Burrards, as did the U15 Langley team,who was edged 7-5 by the Ridge Meadows team.

U13 coach Jason Goller was glad to see tournaments resuming.

“The pandemic has been disruptive to minor sports and local tournament play has been no exception,” Goller commented.

“It’s fantastic to see the Ridge Meadows Burrards hosting a well run tournament early in the season so teams can get back at it.”

Goller said between the Maple Ridge event, and the Langley ThunderSstrike competition, underway this Thanksgiving weekend, “players [are getting] more field lacrosse games in two weekends, than in almost 18 months.” 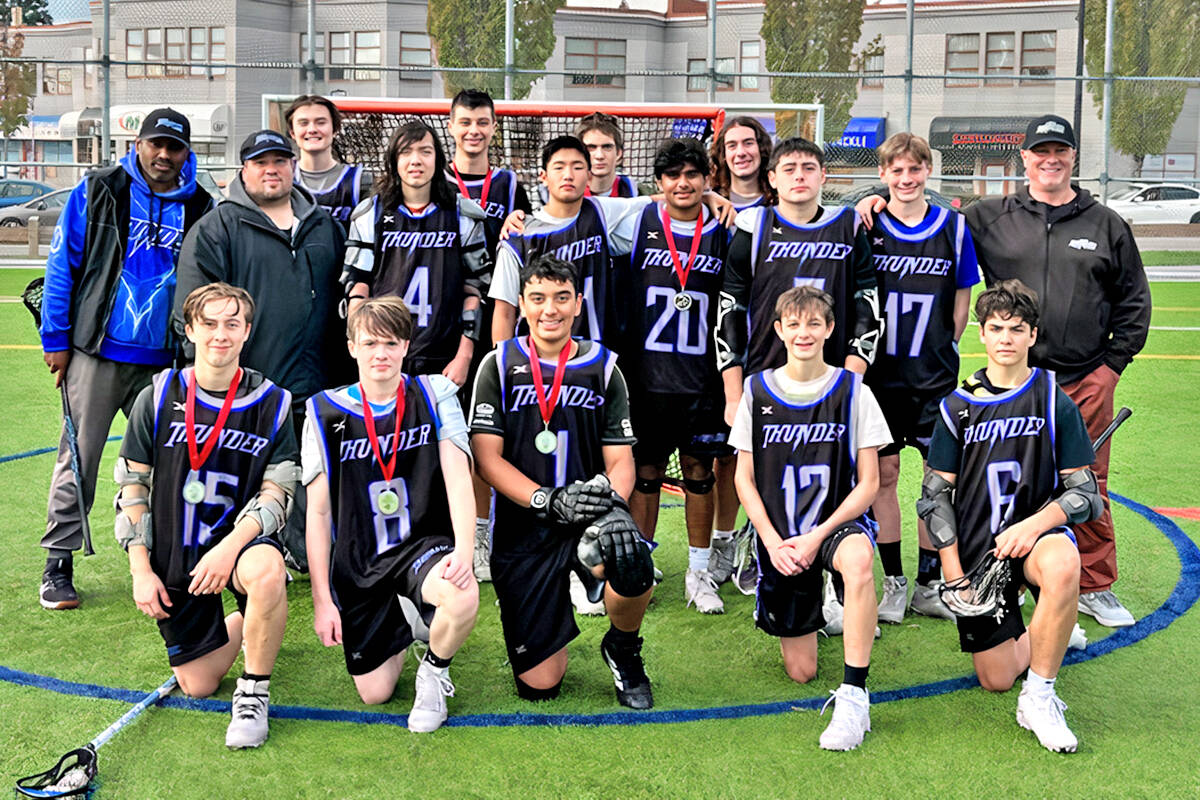 ThunderStrike field lacrosse tournament at Willoughby Community Park has drawn 37 youth, co-ed and female teams from across the province to compete in 100 games.

READ ALSO: New addition to Langley Thunder has the genetics to excel at lacrosse, coach says