Nursing a one-goal lead with a period to play, the Langley Thunder erupted for a 14-goal third period in a 19-6 rout of the Maple Ridge Burrards on Wednesday night at Langley Events Centre in Western Lacrosse Association (WLA) action.

The win was a second straight for the Thunder, who improved their record to 5-4 and fourth place at the midway point of the 18-game WLA season. Maple Ridge fell to 1-7.

The 19 goals was a seasonhigh for Langley, bettering their previous best of 13 – which came in the season’s first game, a 13-12 win over the same Burrards team.

The Burrards scored in the final minute of the second period to pull within a goal at 5-4, but any momentum that may have been generated from that late tally was quickly extinguished as the Thunder struck for seven goals in the opening 6:23 of the final frame with Dane Dobbie scoring the first four and Curtis Dickson striking for the last two to put the game out of reach.

Commenting about what changed in the 10-minute intermission, Dobbie said, “I think we just started moving our feet a bit better and moving the ball and it finally started dropping for us. The ball was dropping really well for us in the third; in the first and second, we were fighting, holding our sticks a little bit. We just weren’t getting as good as looks as we did in the third.”

Dobbie and Dickson each scored five times for Langley with Dobbie finishing with a dozen points while Dickson had four assists for a nine-point game as the duo finished as the first and second stars, respectively.

Frank Scigliano made 42 saves on 48 shots and as Langley had a clean sweep of the three stars.

The rest of the Langley offence came courtesy of hat tricks from Thomas Vaesen and Robert Church – they also finished with six and five points, respectively – while Connor Robinson had a goal and six assists, Erik Maas had a goal and three helpers and Keegan Bell had one goal.

Dobbie, Dickson, and Church combined for 42 shots on goal in the game. By comparison, Maple Ridge as a team generated 48 shots on goals.

“When the ball is hot, you shoot the ball. I got hot late, and Curtis got hot late, too. That is one thing we have to work on, getting the ball in the stick of the guy who is hot,” added Dobbie.

The Burrards entered the game second in the league in goals per game at 10.57 but were held to less than half that by a determined Langley squad with Brett Kujala and Ryan Jones scoring a pair of goals apiece to lead their team.

Thunder coach Rod Jensen said a major factor in the team’s breakthrough performance was the fact the players did not stray from the game plan.

“We just focused on playing our roles: let the defence play defence, the offence play offence and goal-tending do its thing and the face-off guy do his thing. It fell into place. It has been a frustrating season so far in terms of getting success with our roles,” he said.

That was a sentiment echoed by Thunder defender Reece Callies.

“We had a really good game plan coming in and we just executed. I think this was our first time all season where both ends really just stuck to their game plans and the middle of the floor took care of itself and we were able to finally execute fully for all 60 minutes.”

Up next for Langley is a home game against the New Westminster Salmonbellies at Langley Events Centre on Saturday, July 9 at 7:30 p.m.

That game is also the team’s annual fundraiser were Langley auctions off specially-designed game-worn jerseys with 100 per cent of the proceeds going to the Tessa Beauchamp Foundation. Online bidding ends at 3 p.m. on July 9. For more information, people can visit, www.langleythunder.com. 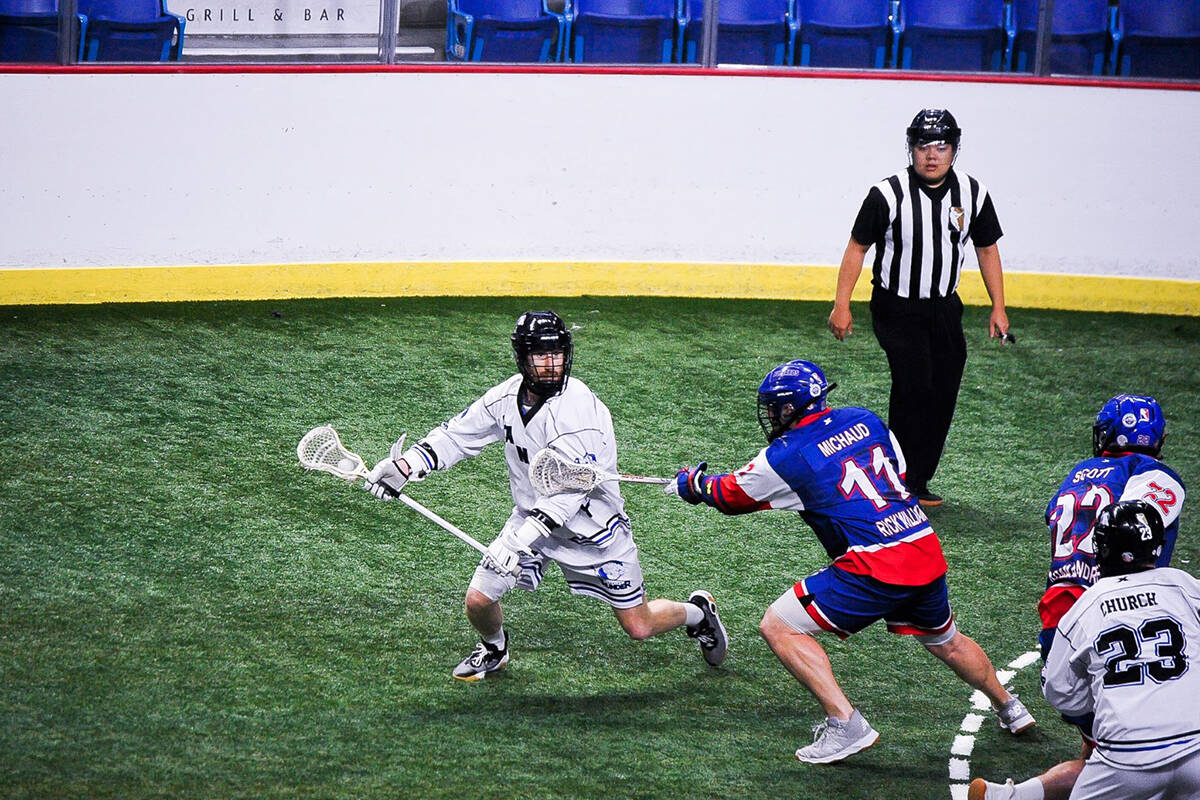 14 out of Langley Thunder’s 19 goals were scored in the third period. The team won 19-6 against Maple Ridge Burrards on Wednesday night at Langley Events Centre in Western Lacrosse Association (WLA) action. (Special to Langley Advance Times)

Hosting 2030 Winter Olympics in B.C. estimated to cost $1.2B in public funds