Langley Thunder have gone from goal-starved to back-to-back offensive eruptions.

Forty-eight hours after posting 17 goals, the Junior Tier 1 lacrosse team wasn’t quite as potent, but still racked up another 14 goals to rout the Richmond Roadrunners 14-3.

The two squads faced off in BC Junior Tier 1 Lacrosse League action on Tuesday night at Langley Events Centre with the Thunder improving to 2-2 while Richmond saw their record even up at 3-3-1.

The Roadrunners took a slim 2-1 lead into the first intermission. But given multiple opportunities on the power play in the middle frame, the Thunder made the visitors pay, posting seven goals (five on the power play) in a nine-minute span.

The offensive catalyst on the game was Trevayne Hunter, who scored five in that decisive second period and added one more in the third to complete the sock trick. Hunter’s return to the line-up in Sunday’s 17-4 demolition of the Burnaby Lakers (he had two goals and four assists) has coincided with the Thunder posting 31 goals over their last two games. By comparison, Langley struggled with a combined 11 goals in the first two games of the season, both losses.

“The offence is swinging the ball back and forth. We are setting picks, moving around on ‘O’, we are doing exactly what the game plan says,” Hunter explained of the team’s success these past two games.

In addition to Hunter’s monster game, Braiden Struss-Reid finished with three goals and five points while Kanen Hunter finished with five assists. Nathan Lavigne and Tristan Kirkham each had a goal and two helpers while Josh Bramley, Kai Maenpaa and Cooper Gettel notched a goal apiece.

The Roadrunners entered the game averaging nearly 10 goals per contest, but were held to just three, and none over the game’s final 24:59.

Josh Bourne led Richmond with a pair of goals and an assist while Stuart Ahara had the other.

Final shots on goal were 57-45 in favour of the Thunder with Langley’s Dryden Recsky making 42 saves.

Langley looks for a three-game winning streak when they travel to Victoria on Saturday (May 18) to face the Shamrocks. 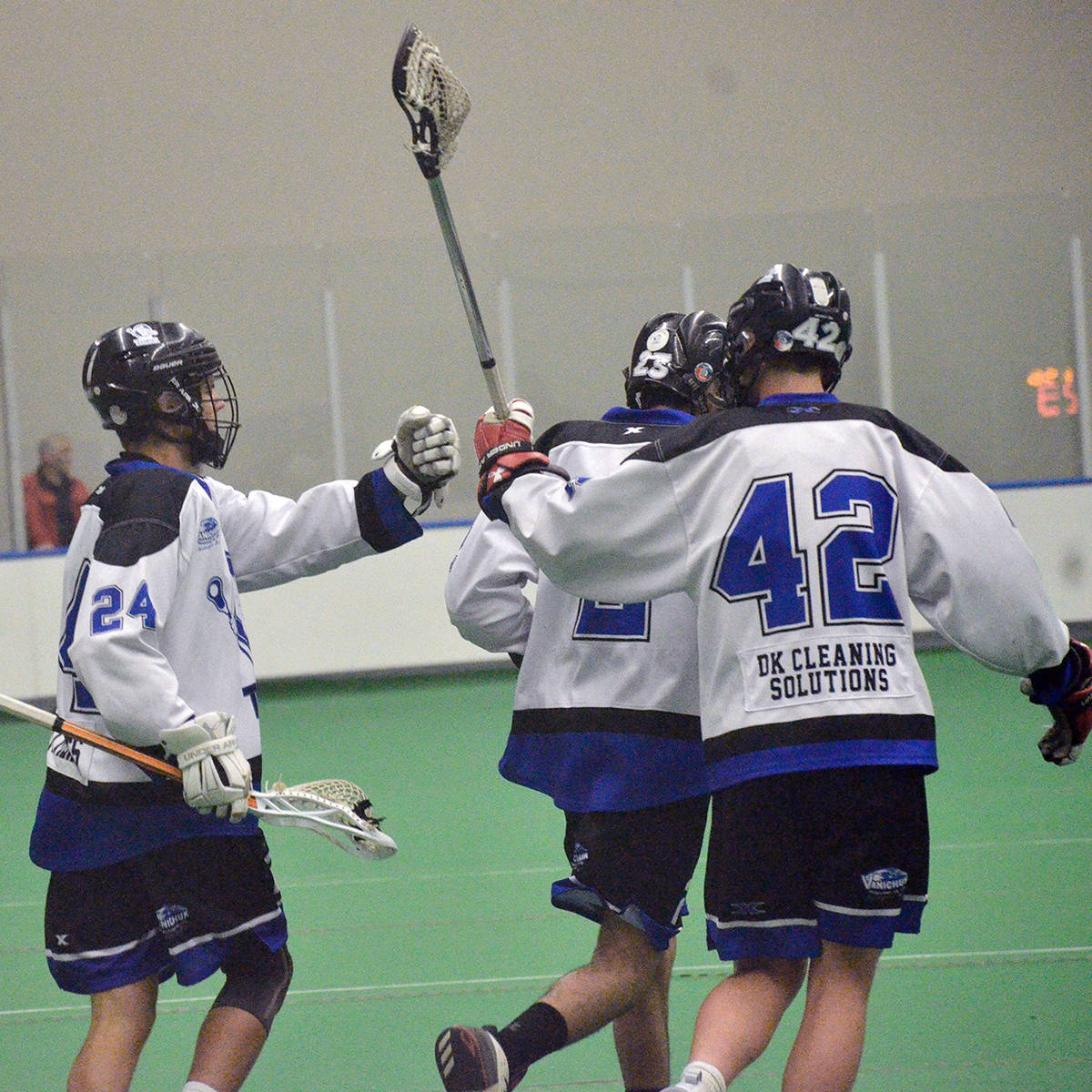