A degenerative condition that plagued Chad Costello from birth and forced him on the operating table two years ago, is fortunately behind him now.

Following a life-saving kidney transplant, the 41-year-old Walnut Grove man is now fully recovered – and then some – medalling in three different sports earlier this month in a national competition.

Costello, a veteran plant health inspector with the Canadian Food Inspection Agency, describes his health as “excellent” and was happy to demonstrate that as a participant in the 2018 Canadian Transplant Games held at UBC this past week.

Costello was one of more than 300 athletes, living donors, donor family members, and supporters from across Canada, the U.S., and Mexico, who converged on university for the week-long celebration.

“The highlight for me was meeting so many amazing transplant success stories,” he told the Langley Advance.

“Every one of those athletes has been through a lot to get where they are today. Every single one of them has an amazing story. They are the most positive and inspirational people you’ll ever meet. Great people, all of them,” Costello said.

“The games were such a moving experience… an incredible experience, he added. “I definitely walked away with some new friends I’ll keep in touch with… These are people who live every day to the fullest. They are awesome to be around. Their positive energy rubs off on everyone around them.”

For the Langley father of two, he was stoked walking away with a silver medal in table tennis, golf, and long-distance ball throwing.

And, admittedly, to achieve that he had to do some serious training ahead of the games.

“It’s a great opportunity for the athletes to prove to themselves and others that they can actively compete at sports the same as other athletes who haven’t had a transplant,” said the man who was active in baseball prior to his own surgery.

The competition was fierce and fun, at the same time, and this experience has motivated Costello to set his sites on the next Canadian games in 2020.

Held every two years, the Canadian Games are the premiere athletic celebration of transplant recipients.

But the games were about so much more than just the athleticism for him.

Participating in the games was also a way, Costello said, “to show my appreciation for my donor and the great gift I’ve given. It’s a second chance at life.”

Donor was no stranger

Costello’s donor was Sarah Lum. The Yarrow woman works with his wife, Wendy, at Alexander Elementary in Abbotsford.

“She secretly went through the screening and compatibility process after my wife had mentioned my condition,” he recalled.

“Sarah delivered a card at Christmas of 2015 saying she had been approved to donate. We were blown away. What an incredible act of selflessness and generosity! It was the greatest gift anyone could receive.”

As Costello’s wife says, “Sarah gave our kids [eight-year-old Riley and six-year-old Lauren] their father back. It was truly an amazing act of kindness and selflessness.”

While Wendy and Sarah knew each other prior to the transplant, Costello and Sarah were strangers.

“Sarah and I met for the first time two days post transplant. It was a big reveal,” he recollected.

“We both teared up and our families shared an amazing moment we’ll never forget. To this day, we still can’t believe she did this for us. Sarah it truly an amazing person.

For obvious reasons, organ donation is an issue close to Costello’s heart. But likewise, it is also important to Sarah.

Her husband, Tex, went through kidney failure a few years ago and spent a long time on dialysis.

Tex received a transplant from a deceased donor and his thriving.

“Sarah and Tex and their daughter, Mia, are living life to the fullest and enjoying every moment together,” Costello said, calling them part of his family now.

“Every few months our families get together for an adventure. We’ve been to a Canucks game, many dinners out, and in January we road the rails south into Washington state via Amtrak. We love them dearly. Our lives will forever be connected.”

Hassling anyone who will listen

For Costello, the point of sharing his story is to show the importance and difference an organ donation can make to the lives of others.

After reading about the games at the kidney clinic, he was inspired to “give it a shot,” just anxious to create needed awareness.

That’s when he started listing statistics. He said only 22 per cent of British Columbians are registered as organ donors.

“Let’s all work to get that number up,” Costello said. “The opportunity is there for almost everyone to step up and potentially save a life. You never know whose life that will be and what they will accomplish with it.”

While Costello was a registered organ donor prior to knowing he’d ever need a transplant himself, since then he’s definitely been pushing everyone in his circle of friends and family to register.

“It’s an issue that is obviously very important to me. These days I hassle anyone that will listen to take the time to sign up. Some might say I can be a little over the top with it.”

He concluded: “The more exposure the value of signing up gets the more likely people are to do it… Please take the time to register. It doesn’t take long and you can have a huge impact on many lives as a result.” 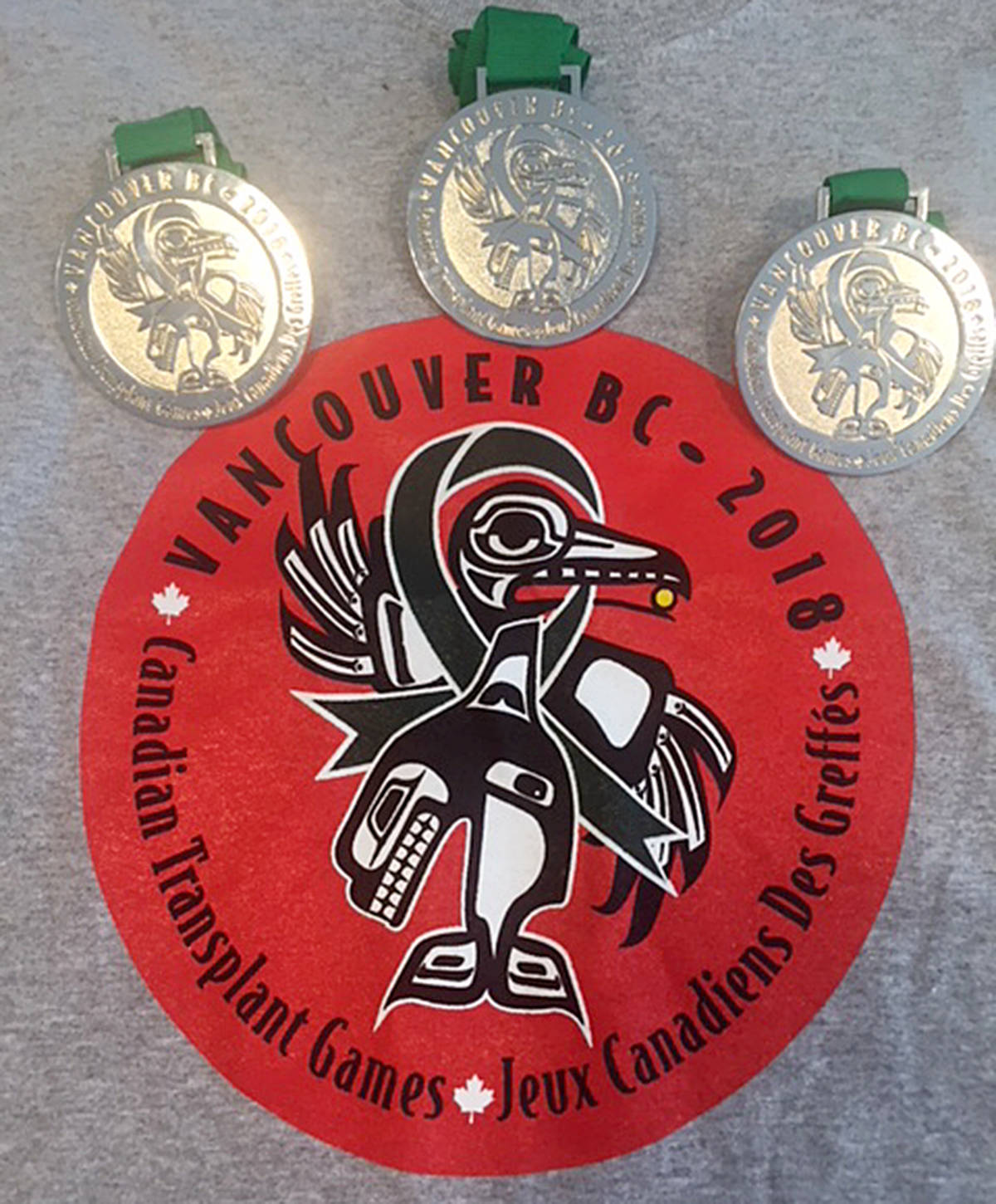 For Langley’s Chad Costello, participating in the games was an “absolute blast! It was everything I imagined and so much more.” (Canadian Transplant Games photos) 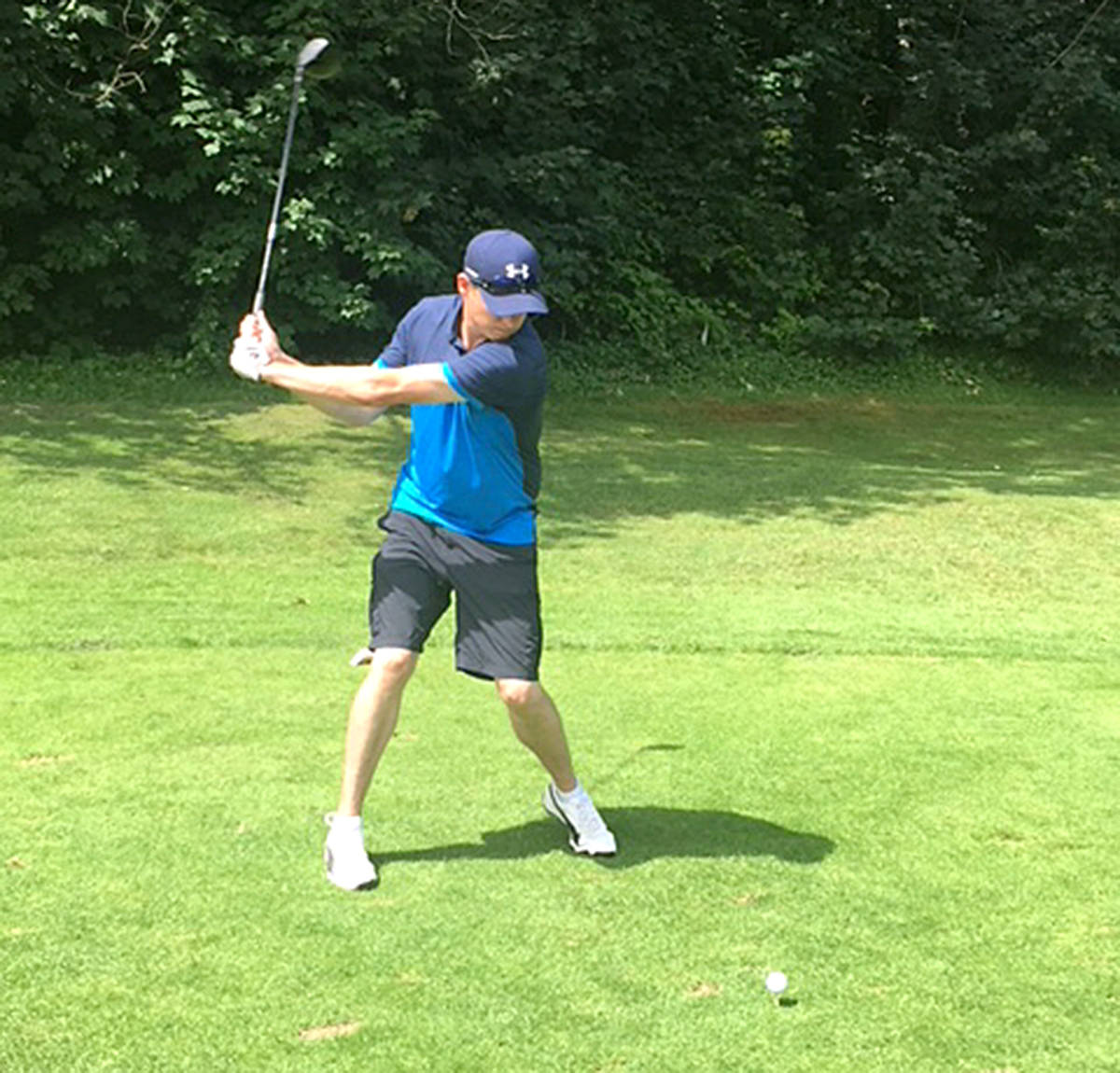 For Langley’s Chad Costello, participating in the games was an “absolute blast! It was everything I imagined and so much more.” (Canadian Transplant Games photos)

A rough road trip for the Thunder