A plethora of Langley athletes help secure victories this weekend, earning Trinity Western University Spartans a series of wins in volleyball and hockey.

Both the men’s and women’s volleyball teams emerged triumphant.

The No. 1 women’s volleyball team out of Trinity, continued its strong start to the season, defeating the visiting MacEwan Griffins in straight sets (25-16, 25-15, 25-13) on Saturday at the Langley Events Centre.

In Saturday’s 3-0 victory over the Griffins, Hilary Howe (Calgary) once again led the way for the Spartans – earning a match-high seven serving aces and 13 kills while hitting .429. Head coach Ryan Hofer noted that Howe’s seven aces in the game tied third highest in school history in a 3-set win.

TWU carried control of the game throughout all three sets, winning the first set 25-16 with Komlodi guiding the offence with 10 assists. Into the second set the Spartans continued rolling, taking the second set 25-13. And then Howe hit six serving aces for the Spartans in the third and final set, as TWU swept MacEwan in straight sets for the second consecutive

“We remembered when we were in MacEwan last year (and lost both matches) and we were dialed in knowing the level they played there,” Hofer said.

“We knew we had to play at that level to have success this weekend. We went into tonight [Saturday] with a lot of respect for MacEwan and that forced us to stay focused from start to finish. We knew that anytime they could break free and find a rhythm.

“I feel both teams served really well. We worked really hard to keep their middles in check and we needed to serve well to consistently put them in difficult situations. We had to also hit high and hard at hands and I felt our team did a really good job of that. Hitting .400 is a pretty big deal.”

The Spartans have a bye next weekend, before taking their unbeaten record to the road against Manitoba Friday and Saturday (Nov. 15 and 16) in Winnipeg.

Likewise, the men’s team rode wins in three-straight sets (25-15, 25-18, 25-18) on route to their second win in as many nights against the MacEwan Griffins – also on Saturday at the Langley Events Centre.

Pearce Eshenko (Banff) had an error-free night on the attack with six kills on 12 attacks.

Jefferson Morrow led the Griffins attack with nine kills, while Jonathan Mohler had 24 assists and five digs in the loss. Max Vriend had eight kills and just one attacking error to go with three blocks.

The Spartans improved to 5-1 on the season, said head coach Ben Josephson.

“It was a better match tonight than last night. I think MacEwan passed some of our serves better, especially after the first set and that produced a lot more volleyball situations,” Josephson said.

“I was really pleased how we defended the ball. Our defensive transitions is something we worked on this week and they made us dig the ball, so I thought our defence scrambled really well. That’s a phase of our game that doesn’t always get worked and developed as well as it can. We kept the ball alive and won some really tough rallies and that’s always exciting for the teams and the fans.”

With this win, TWU improved to an all-time record of 12-0 against MacEwan.

“It was awesome to see Mathias get his first start and his first win,” Josephson said. “Henry came in and played great in the third set. It was great to see Jordan in back-to-back matches play really well.”

The Spartans then rode an identical .385 hitting percentage from the first set into the second, winning 25-18 with Elser adding another 11 assists to his tally.

TWU rounded out the game with a 25-18 third set win, as Jesse Elser added four kills and three digs in the final frame for a Spartans side that hit a match-high .579 in the set. The third set was also MacEwan’s best of the evening, as the Griffins hit .333.

It was the second straight weekend the Spartans picked up a pair of straight-set wins, after defeating Winnipeg last week (Oct. 25 and 26).

The men’s volleyball team now have a bye week before taking on Manitoba on the road in Winnipeg (Nov. 15 and 16).

This time Trinity beat Simon Fraser University at the Bill Copeland Arena in Burnaby Saturday by the score of 5-4.

This was their 100th BCIHL regular season win as a coaching staff goes back a long time, Kropf explained.

“Lots of people to thank in the process, being staff over the years and great players that have allowed us to get to this benchmark. At the end of the day it’s a team game and we’re looking forward to the rest of this season, continuing to put up wins on the board.”

After posting a goal and assist, Last now sits third in BCIHL scoring with 14 points (7G, 7A) through five games. He was joined on the scoreboard by Dustin Deugau (Calgary), Josh Bruce (Surrey), Elijah Vilio (Aldergrove), and Brandon Potomak (also of Aldergrove).

That win improves the Spartans to 5-0-0-0 and atop the BCIHL standings, with also joining Last on the scoreboard.

“Really this was a continuation of last weekend in our team playing a really solid game,” Kropf said.

“I thought we used our speed to push them on their heels at times. We got into some penalty trouble and some injuries which shortened our bench, so it was one of those really effective road wins. It showed some good character in our group, with Isaac making some saves down the stretch to give us a chance to win.

TWU has outscored its opposition 28-16 through five games this year.

“Everyone really bared down and gained some confidence in knowing that when the team comes out and scores against us, we’ll turn back the other way and score, which happened on two occasions tonight [Saturday],” Kropf said.

“We had to juggle lines because of injuries, but this group faces adversity well. Super proud of everybody, it’s a good team effort to get out to a 5-0 start to the season and keep our games in hand to our advantage.

The Spartans men’s hockey team takes its unbeaten record on the road as they take on Selkirk Friday and Saturday (Nov. 8 and 9).

On the bball court

When it came to men’s basketball, the Spartans were not as lucky this weekend, dropping their second game to the Wolfpack in Kamloops Saturday, 85-70.

The loss drops the Spartans to 0-2 after dropping the season opener Friday night, while the WolfPack remain perfect at 2-0.

“I think rebounding is going to be a huge thing for us to get better at all year,” said TWU coach Trevor Pridie.

“With that said I like the pace we played with tonight [Saturday] and shot the ball fairly well… I think fouls shouldn’t be a huge problem moving forward. TRU is one of the bigger teams we’ll face all year, so I think as far as matchups go they pounded us inside a bit and killed us on the boards. We take a gamble when we play a smaller game and there’s always going to be trade-offs.

They play their home-opener this Friday and Saturday, when they host the University of Northern British Columbia Timberwolves for back-to-back games.

Both games can be seen live on Canadawest.tv. 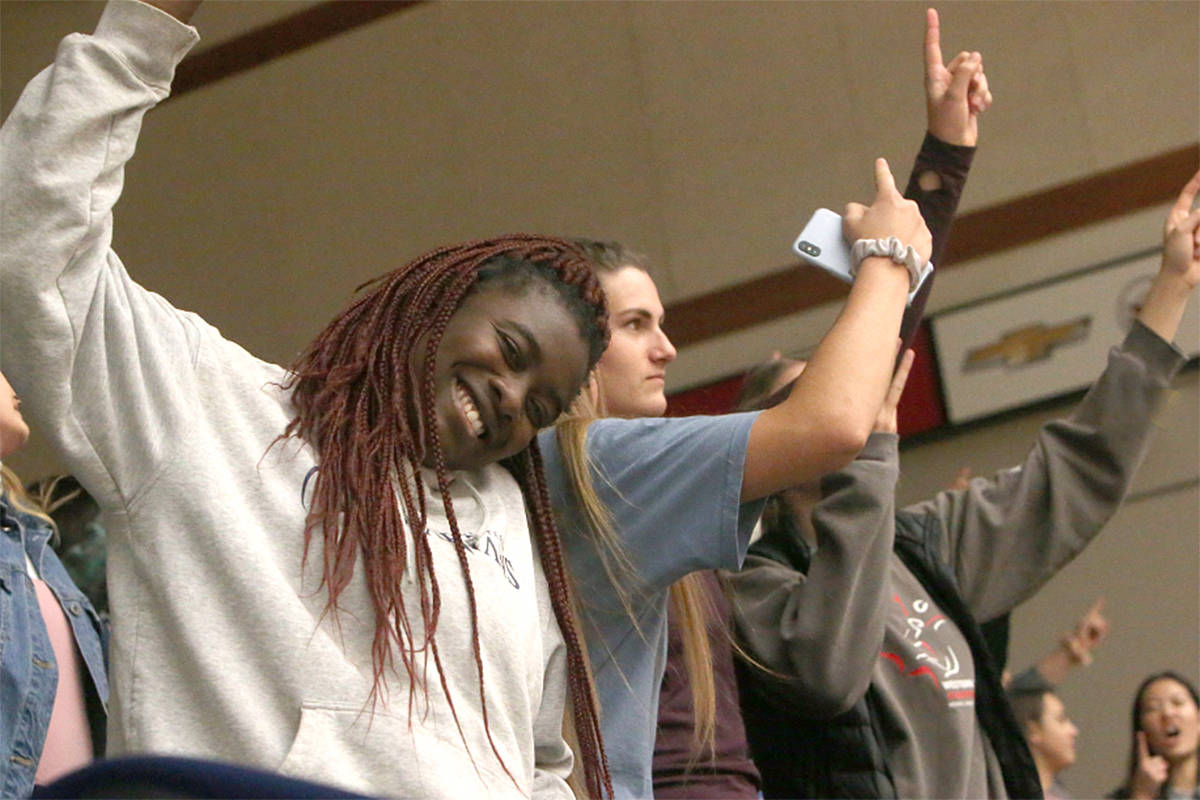 VIDEO: Giants kick off November with a victory