Talk about winning the hard way.

Langley Xtreme 03 won their first medal since 2014 at the U16B Lower Mainland Cup, with many team members playing hurt rather than forfeit games due to a shortage of players.

Hosted by Richmond Girls Softball Association (RGSA), the event ran at London Park over the June 21st to 23rd weekend.

One of 16 teams competing, Langley Xtreme 03 placed in the top eight, advancing to the gold pool.

They started by playing the Nanaimo Diamonds, securing a 6-5 win.

Then, they took on the Fleetwood Force 03, a game where the Langley players managed to come back to win after a 9-0 deficit to take the game 10-9.

Game three was against the Vancouver Wildcats 03 team where the Xtreme 03 team pulled off a 2-1 win.

Playoffs saw the Langley Xtreme 03 playing their semi final game against the Vancouver Wildcats 03 with the game ending in a 9-5 win for Xtreme 03.

That got them to the final old and silver game against the Cloverdale Fury 03.

“We haven’t bought home a medal from the Lower Mainland Cup since 2014,” Dickens explained.

“The girls have persevered and laid their guts on the field. Their performance was outstanding and it is amazing watching their growth and their love for the sport.”

Among the demonstrations of determination, player Olivia Sing had a nose bleed and wanted to continue playing so put a tissue under her mask so that blood would not drip on her uniform.

Alysia Dickens, who was recovering from a fractured thumb, played while wearing a removable cast on her hand. 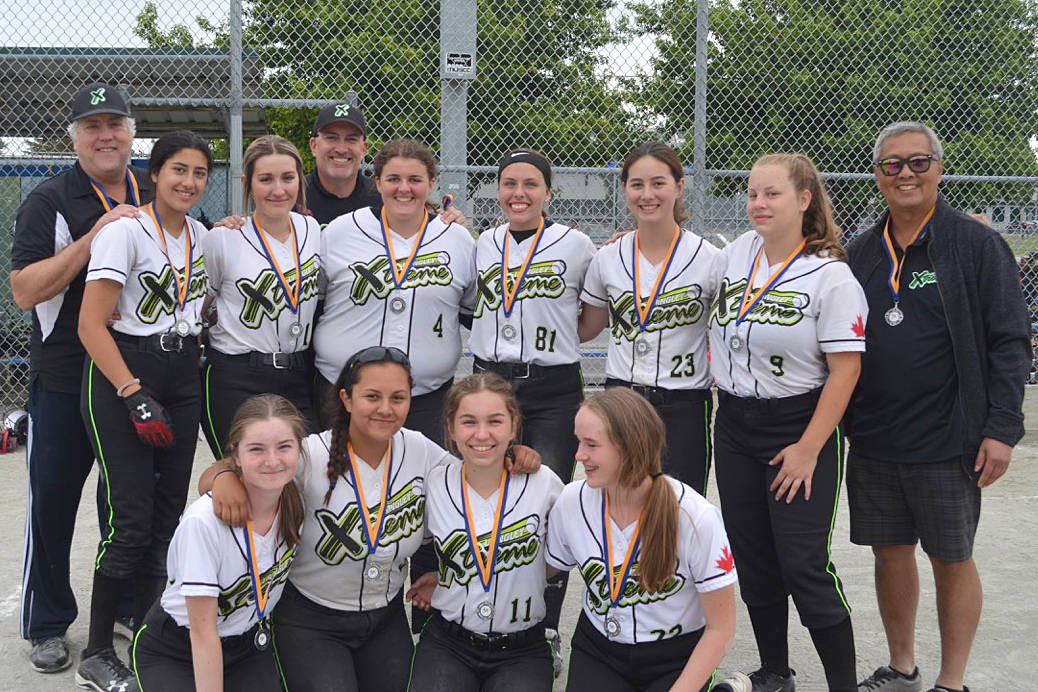 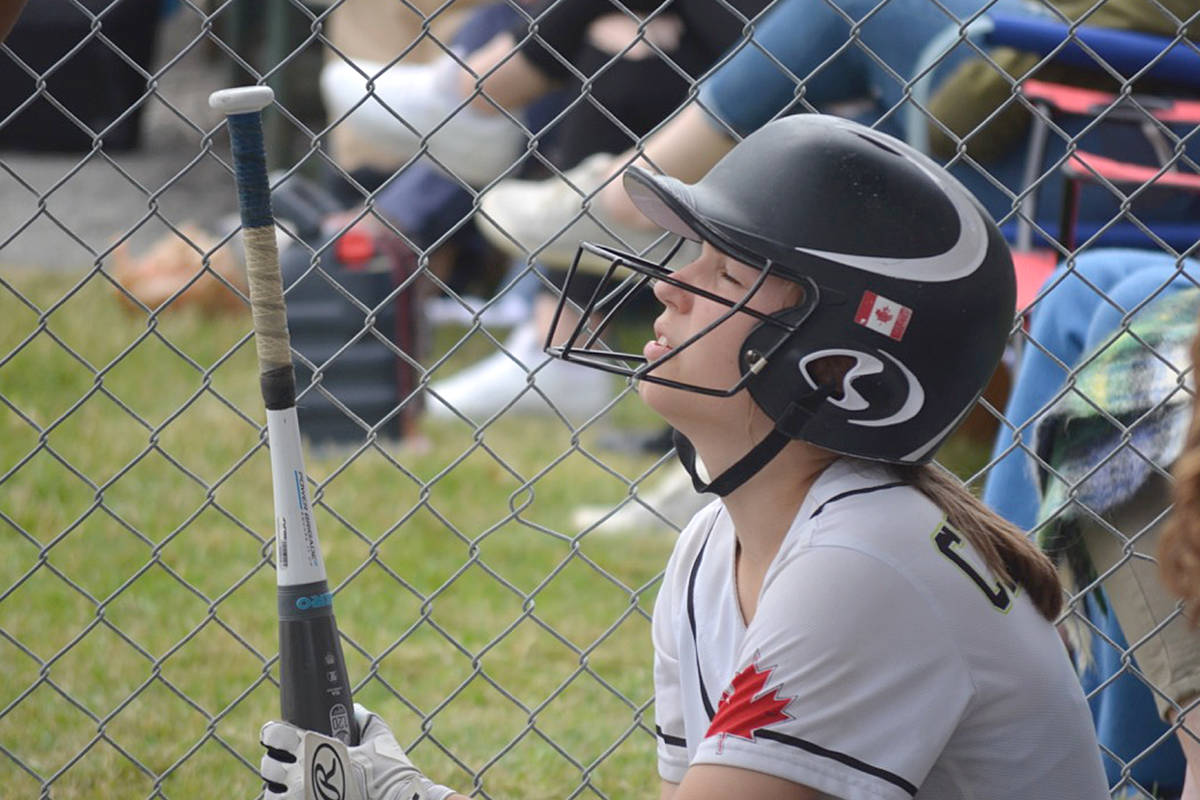 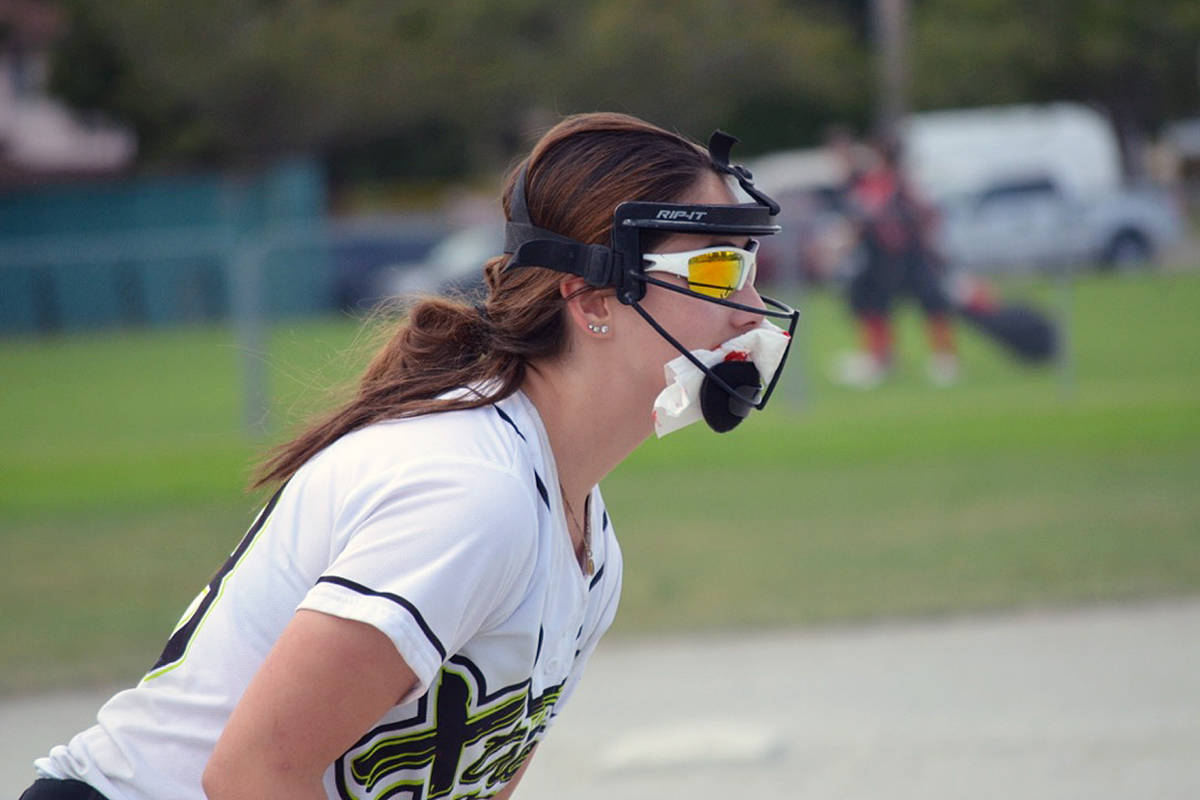 Xtreme player Olivia Sing had a nose bleed and wanted to continue playing so she put a tissue under her mask so that blood would not drip on her uniform. Sharon Dickens photo.