The Spartans men’s volleyball team has once again donned the maple leaf on an international stage, and attempting to hold their own in Brazil this week.

On Tuesday, the team from Langley’s Trinity Western University fell to Argentina in a three-set decision, and on Wednesday they will prepare to play the hosting Brazilians in the semifinals.

The team is representing Canada at the FISU America Games in competition at the Brazilian Paralympic Center.

In Tuesday’s game, after what Spartan coach Ben Josephson called a tight first set, the Argentinians took control late in both the second and third sets – en route to an impressive victory over the Spartans.

“We had the lead late and then they made a couple really cool plays and stole a couple points and then took that set. After that, we were a little bit shell-shocked and they separated late in both the second and third sets,” he elaborated.

After the first set, the coach thought Argentina went to a level that his team haven’t seen before.

“They showed incredible skill and patience and poise in their attacking. They had a couple of athletes who were just world class and it was fun to compete against those guys. I don’t think we executed at a high enough level, but we’ll need to if we’re going to beat Brazil tomorrow,” Josephson said.

The Spartans are in Brazil July 19 to 30. They opened the tournament Sunday with a 3-0 win over Colombia.

With their 1-1 record, the Canadian contingent finished second in its pool.

Heading into Wednesday’s game, Josephson said the team was looking forward to fixing the things they saw wrong Tuesday and hoping to a have “a better performance in the semifinal.”

The FISU America Games is a Pan American branch of the FISU World University Games. This tournament will also include teams from the United States and Mexico.

In 2012, the Spartans represented Canada at the U23 Pan American Cup, finishing fourth.

In 2011, the team participated in the FIVB Club World Championship as Canada’s representative, finishing with one win from three matches, including a victory over Iranian professional side Paykan Tehran.

The Canadian team – namely the Spartans – include a few Langley players, including Brodie Hofer, Jordan Schnitzer, and Mike Grypma.

Hofer is an incoming star recruit who has yet to play for TWU, Grypma is a former Spartan who hasn’t played with the team for a few years, and Schnitzer now plays for Briercrest College and was the 2017-18 ACAC men’s volleyball rookie of the year.

The semifinals happen Wednesday at 1:30 p.m. (Pacific Time) and can be watched live. 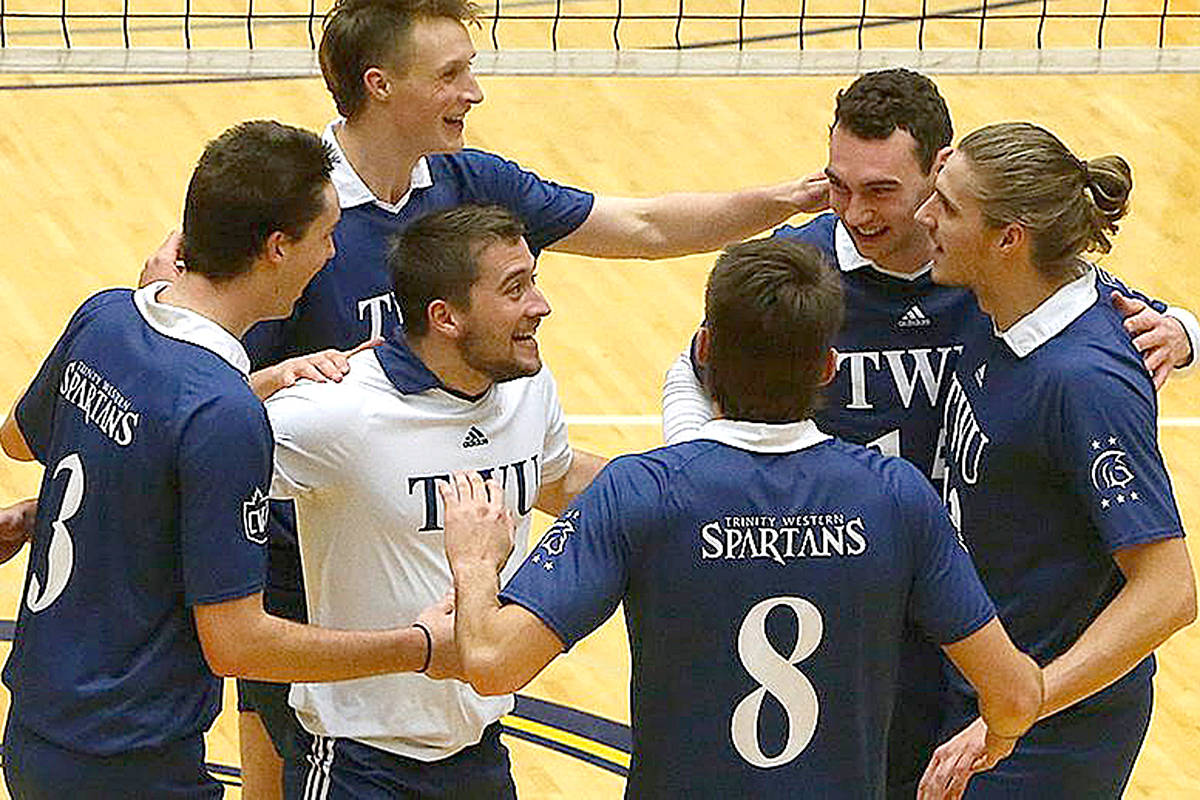 Trinity Western University’s men’s volleyball team, the Spartans, are representing Canada at the FISU America Games in Brazil this week, and hoping for a chance at the gold. (TWU photos/Special to the Langley Advance)

B.C. golfer sinks two hole-in-ones in the same round