That game was played at Langley Events Centre five years ago and Rowell is back and ready to hit that same LEC court, this time as a professional as he debuts for the Fraser Valley Bandits in the 2022 Canadian Elite Basketball League season.

“There is obviously pressure, but it’s fun. I love playing basketball and it’s my hometown … there is nothing better than that,” Rowell said on Friday, May 21, during the Bandits’ media day ahead of their CEBL season opener on May 25 in Ottawa against the BlackJacks.

It is part of a three-game easter road trip for Fraser Valley before they make their Langley Events Centre home debut on June 4 (2:00pm) against the Saskatchewan Rattlers.

Rowell – who went south after high school and starred at California Baptist University, earning Western Athletic Conference (WAC) all-star honours – is one of four local players on the Bandits roster, alongside Delta’s Sukhjot Bains and Adam Paige and Sukhman Sandhu, who are both out of Surrey. 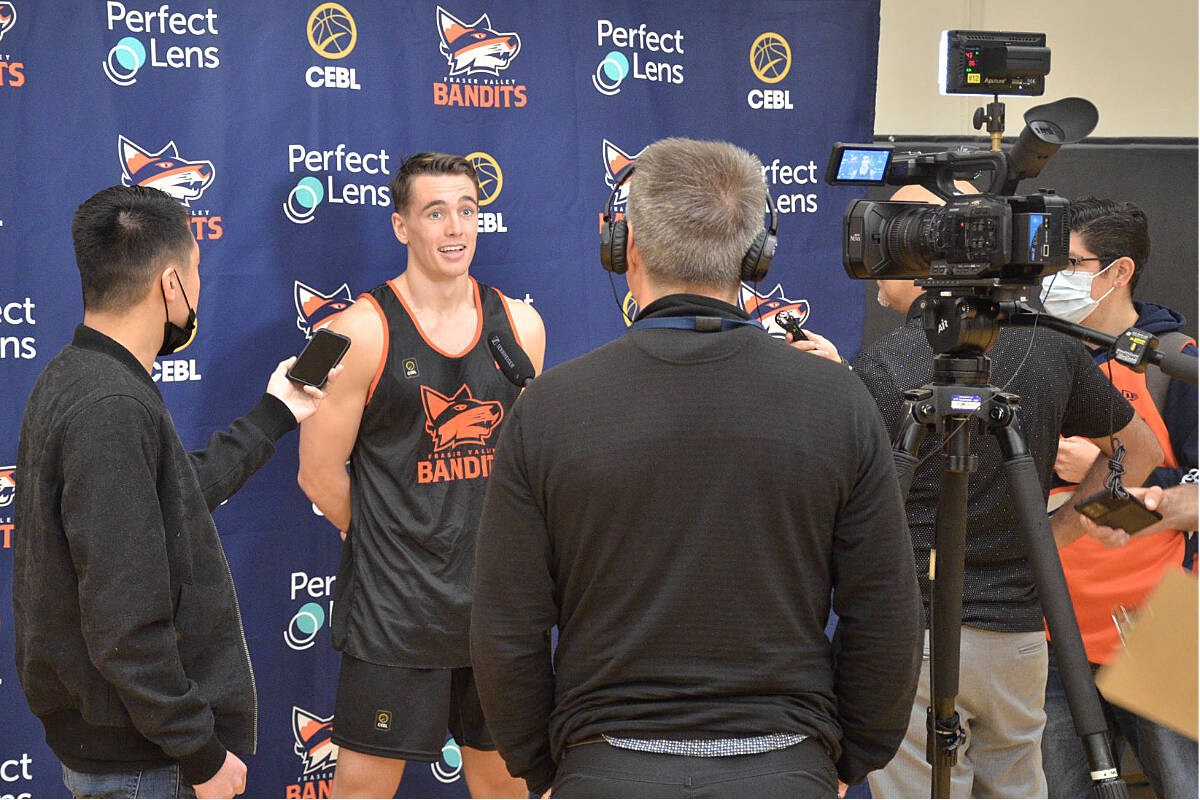 Sacre starred for North Vancouver’s Handsworth Royals before playing collegiately at Gonzaga and was then drafted by the Los Angeles Lakers, playing four seasons with the NBA team.

The rest of the roster features Edmonton’s Geoffrey James, Australia’s Kyle Adnam and Americans Maxie Esho, Shane Gibson and Usama Zaid, with all five being newcomers to the CEBL.

“Let’s give (General Manager) Kyle Julius a lot of credit – he has done a great job of building a core based on team and toughness. We have tried to establish that as valuable for us as well,” said head coach Mike Taylor.

While Taylor is a rookie coach in the CEBL with the Bandits, he brings a wealth of experience, having been a head coach of Poland’s men’s national team and in the G League. He was with the Polish national team from 2014 to 2021, helping the country rise from 42nd in the world to 13th.

“I think when you watch some of the teams I have coached … you see a real team-oriented system, you see hopefully great ball movement, great pace, a commitment to defend. I hope when people come (our) way, they say those guys are fun to watch,” he said.