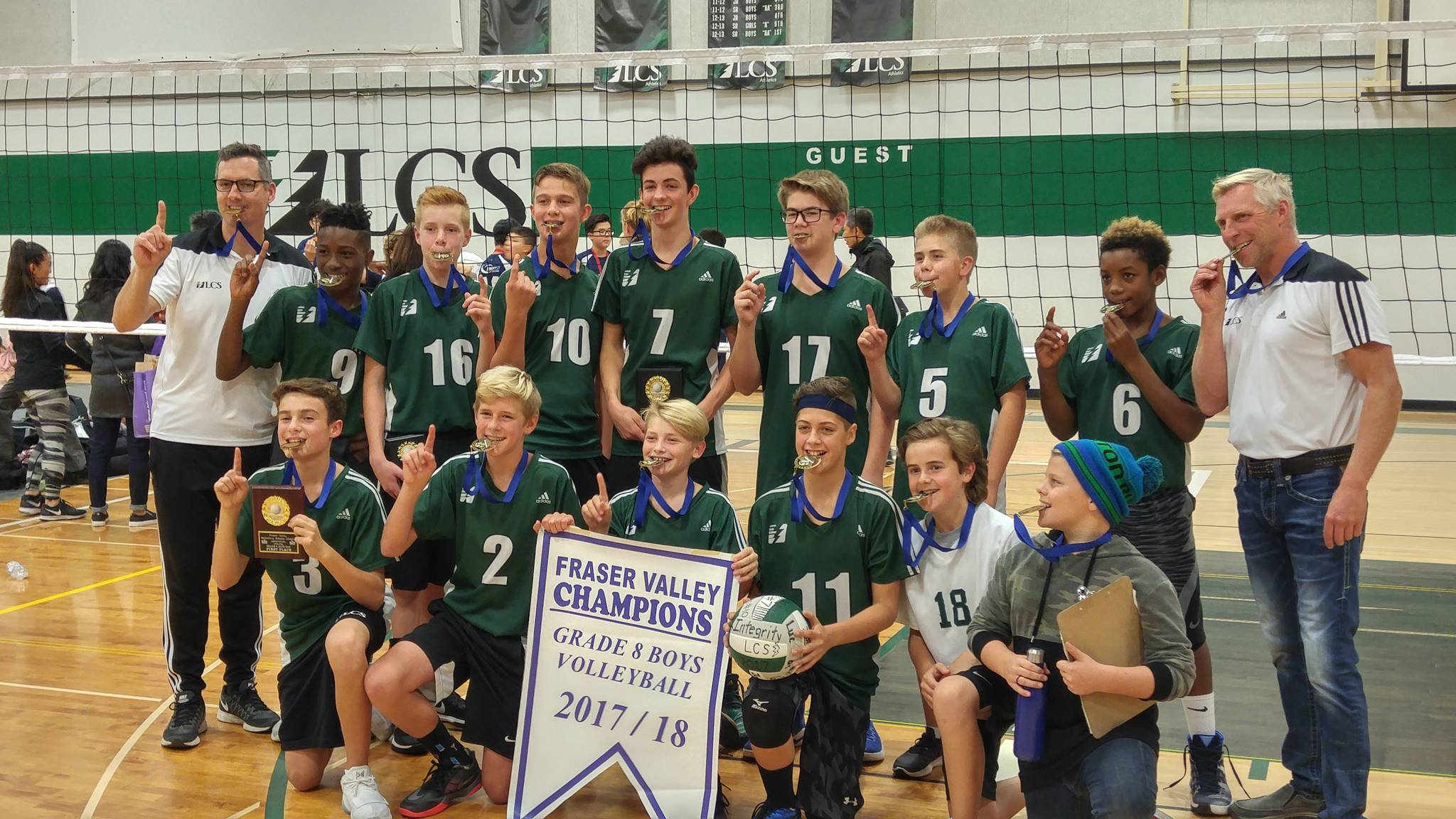 It was fitting the Langley Christian Lightning defeated both the MEI Eagles and Pacific Academy Breakers en route to the Fraser Valley championship banner.

After all, both those squads has stood in the Lightning’s way of gold medals throughout this past Grade 8 boys’ volleyball season.

In three tournaments this fall, the Lightning returned home with silver medals, twice losing to the Eagles in the finals, and once to the Breakers.

But Langley Christian had its revenge last week.

The Lightning beat MEI in the Fraser Valley semifinals and then took down Pacific Academy in the championship.

Both the final matches were played on Nov. 8 at Langley Christian, site of the Valley championships.

“One of the comments floating around the team was one of the boys said ‘we are tired of being second,’” said Lightning coach Bruce Wergeland.

“So to beat both those teams at the Fraser Valleys was huge.”

The MEI game, in particular, took its toll on the Lightning as the team was emotionally spent after the victory.

“They have really been our nemesis all season, so we had to calm (the players) down because for them, it felt like a final,” Wergeland said.

Against the Breakers, the Lightning won the first set before Pacific Academy forced a third and deciding set.

“We came out on a 7-1 run in that third set. It really came down to the boys — they knew what they were capable of,” Wergeland said.

“We had a couple little head cramps where we gave up three or four points in a row to a strong server. But as far as play and offence, we felt confident we could win that game.”

Ben Wergeland was named most valuable player of the Fraser Valley championships for the Lightning while teammate Lucas Woelders was an all-star.

Also making the all-star team was Walnut Grove’s Jaxson Wood as the Gators finished fourth at the championships.

Emmanuel Tran earned all-star honours for the Titans while Ember Hamilton and Camryn Visher were all-stars for Langley Christian.

And at the Grade 8 girls Fraser Valley championships, Langley Christian finished fourth while the Yorkson Creek Wolves made the championship draw but finished tied for fifth.