Special teams’ execution proved to be the undoing of the Langley Thunder on Thursday night.

Both the Thunder and visiting Coquitlam Adanacs received seven man-advantage opportunities but while Langley scored twice on the power play, the Adanacs struck for five power-play goals – and added a pair of short-handed markers – as they left Langley Events Centre (LEC) with the 13-10 victory in BC Junior A Lacrosse League action.

The teams were tied at four goals after one period and the Thunder took a 5-4 lead – just their second lead of the game as they also led 1-0 – early in the middle frame.

But with the score tied at five, the Thunder were whistled for two infractions on the same play and the Adanacs made them pay, cashing in with power-play goals 49 seconds apart to take the lead for good. Coquitlam would lead 10-6 after two periods and stretched their advantage to six goals early in the third period.

“We took way too many penalties and didn’t capitalize on the chances we had when (Coquitlam) took penalties,” summed up coach Kevin Reid.

“It is a discipline thing. People say ‘refs this, refs that,’ but it comes down to composure and what you do.”

The Adanacs improved to 4-1, while Langley suffered their first loss of the season as they sit at 5-1.

And while no team ever wants to lose, Reid said a defeat can serve as a learning lesson.

“I think you need to lose a game to understand that feeling so you can come back and never let that feeling happen again,” he said.

Kyle Brunsch led the Langley offence with three goals and seven points while Declan Fitzpatrick scored a pair and Cody Malawsky had a goal and two assists. Drew Kask, Ben Gagnon and Tristan Kirkham each finished with a goal and an assist and Cameron Ickert scored once.

The Thunder are back in action on Sunday afternoon (June 5) at 5 p.m., as they host the Nanaimo Timbermen at LEC. 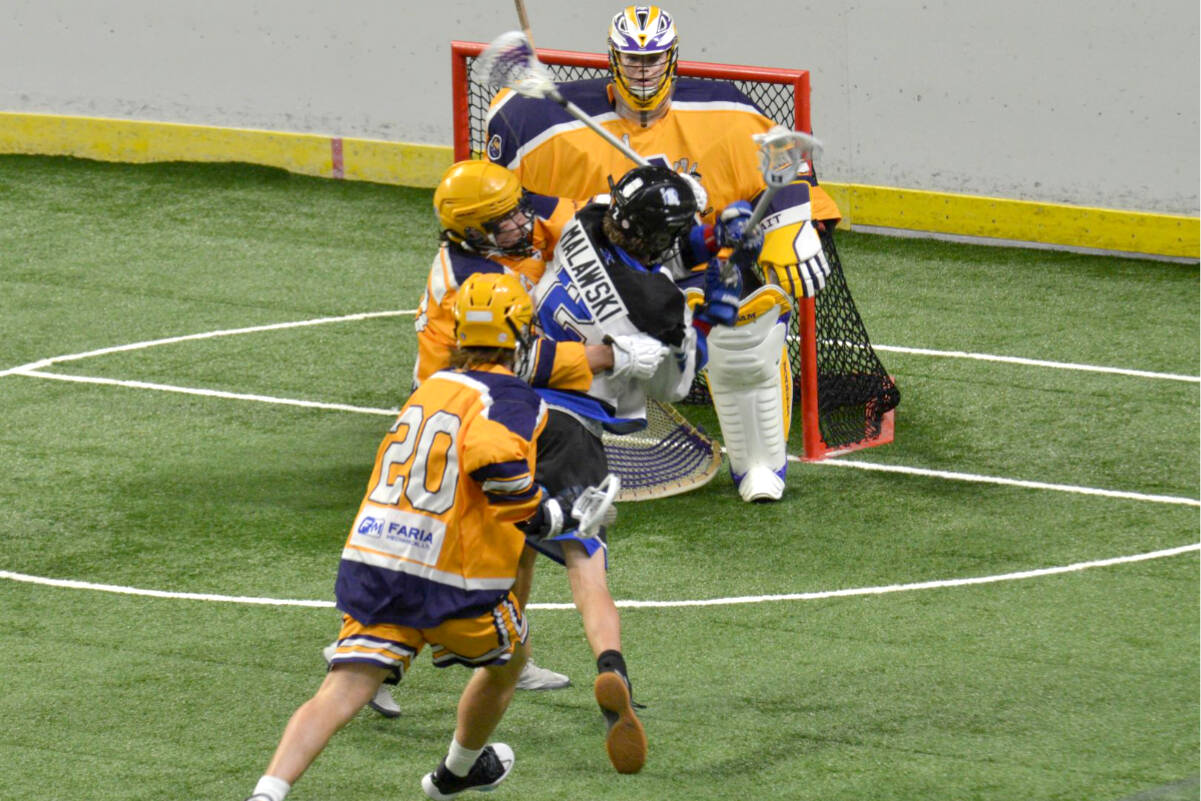 Out of the gate, the junior Langley Thunder (including Cody Malawsky, above) were defeated 13-10 by Coquitlam Adanacs Thursday. (Gary Ahuja, Langley Events Centre/Special to Langley Advance Times) 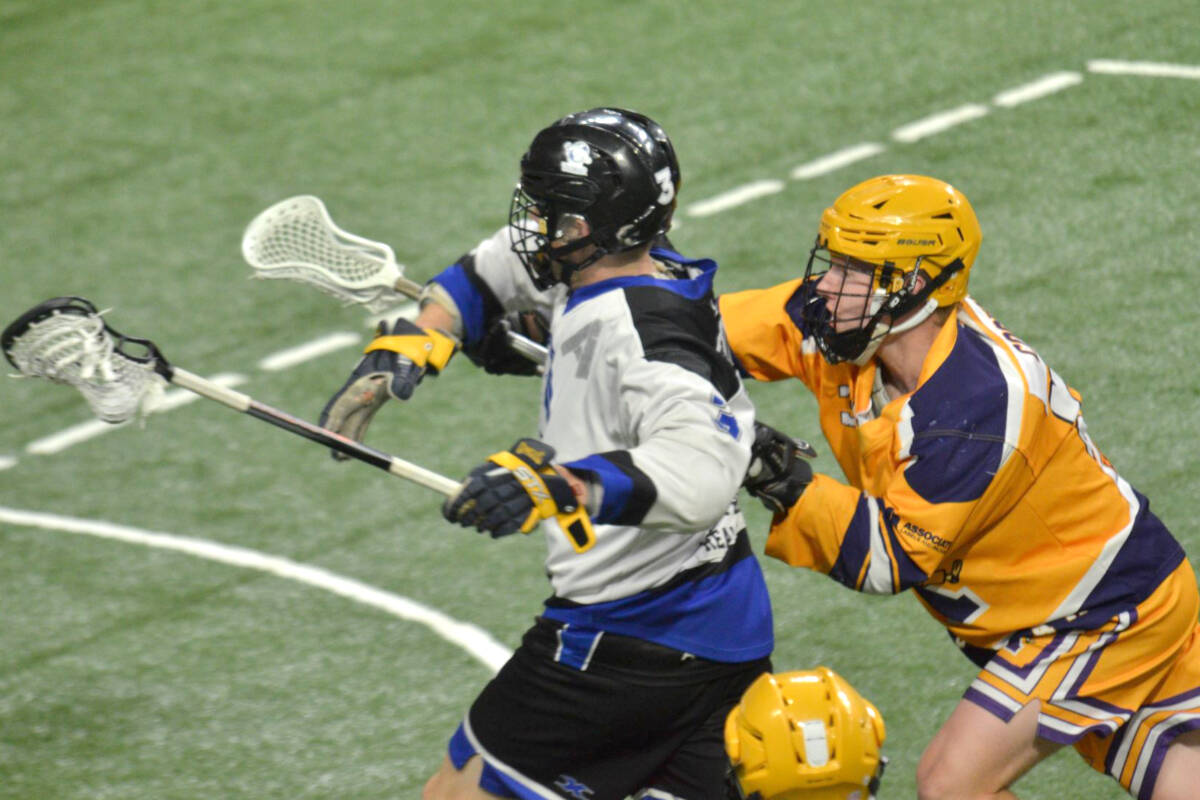 Out of the gate, the junior Langley Thunder (including Kyle Brunsch, above) were defeated 13-10 by Coquitlam Adanacs Thursday. (Gary Ahuja, Langley Events Centre/Special to Langley Advance Times)