Cat Barber of the Guelph Nighthawks ended the season for the Fraser Valley Bandits with a three-pointer on Thursday, Aug. 4 at the Langley Events Centre.

Barber shook off his defender and drained an open three-pointer to send the Guelph Nighthawks through to the Canadian Elite Basketball League quarter-final round.

Barber scored seven points in the Elam Ending as the visiting Nighthawks ended the Bandits season with a 90-85 win on Thursday night at LEC.

“My teammates believe in me, and I believe in myself and once I put [the ball] behind my back, I saw the shot and took it,” he said.

Guelph led for nearly the entire contest, trailing for just 2:40 of the first quarter with the teams tied at 25 when the buzzer sounded. But while the points were pouring freely in the opening 10 minutes – the teams shot a combined 19-for-35 (54.3 per cent) including 10 of 16 (62.5 per cent) from beyond the arc, the Bandits offensive fizzled in the second quarter as they managed just 11 points.

While Fraser Valley was struggling to put points on the board, the Nighthawks capitalized, scoring another 25 in the quarter with a dozen of those second-quarter points coming off Bandit turnovers as the visitors led 50-36 at the half.

“We did not execute; we turned the ball over and they got some run-outs and easy baskets and built a lead,” said Fraser Valley head coach Mike Taylor. “It came down to our offensive execution, in particular against their zone. We were not as productive as we needed to be.”

“We [needed] better ball movement, better teamwork and attack defenses together and I don’t think we did that at a well enough level to beat these guys today. I love the team, the heart, the effort, the fightback, we just came up a little bit short,” he added.

“But let’s give credit today to Guelph, especially Barber and [Ahmed] Hill: those guys made big baskets, were really difficult to guard and at the end of the day, those were the difference makers.”

Hill (27 points) and Barber (25) – who entered the game averaging a combined 37.4 points per game – finished with 52 points while Giorgi Bezhanishvili had 14 points and 10 rebounds.

Fraser Valley was led by 21 points, six rebounds and three blocked shots from Brandon Gilbeck while Shane Gibson and Maxie Esho each had 16 points. Marek Klassen finished with 15 points and 10 assists.

Both Hill and Barber were part of the 2021 Guelph team that lost in the quarterfinal round against Fraser Valley and while 2022 was a new season and relatively new team, the defeat was a motivating factor.

“Last year, we got beat up pretty good and they remembered that. They came in and wanted to lead and that was the conversation we had before the game with those two guys specifically, and they did their jobs,” said Guelph coach Charles Kissi.

“It was definitely personal. Same situation. We wanted to make a statement. We talked before the game, and we remembered what happened last year and didn’t want that to happen again. We had a chip on our shoulder when we came out and knew what we had to do,” Barber added.

After trailing by as many as 20 points in the third quarter, the Bandits did get the lead down to a one-possession game in the fourth quarter at 73-71 and 77-75 but could get no closer.

Kissi said the fourth quarter was a good test for his team for the highs and lows of playoff basketball.

“You have to fight. If things don’t go your way, you have to stay locked in and disciplined. We had some moments when we could have unraveled, and our guys refocused pretty fast and got it done,” he said.

The win was a third straight for Guelph, who earned the last post-season berth with a 10-10 record, two games behind the fourth-place Bandits (12-8).

“We played together. I feel like these last couple of games, we have been playing together. Nobody is trying to do something they are not supposed to do. We keep doing that and it will be tough for teams to beat us,” Barber said.

Up next for the Nighthawks is a quarter-final game this weekend against the second-place Niagara River Lions (13-7) with a spot in the CEBL Championship Weekend at stake.

Have a story tip? Email: sports@langleyadvancetimes.com 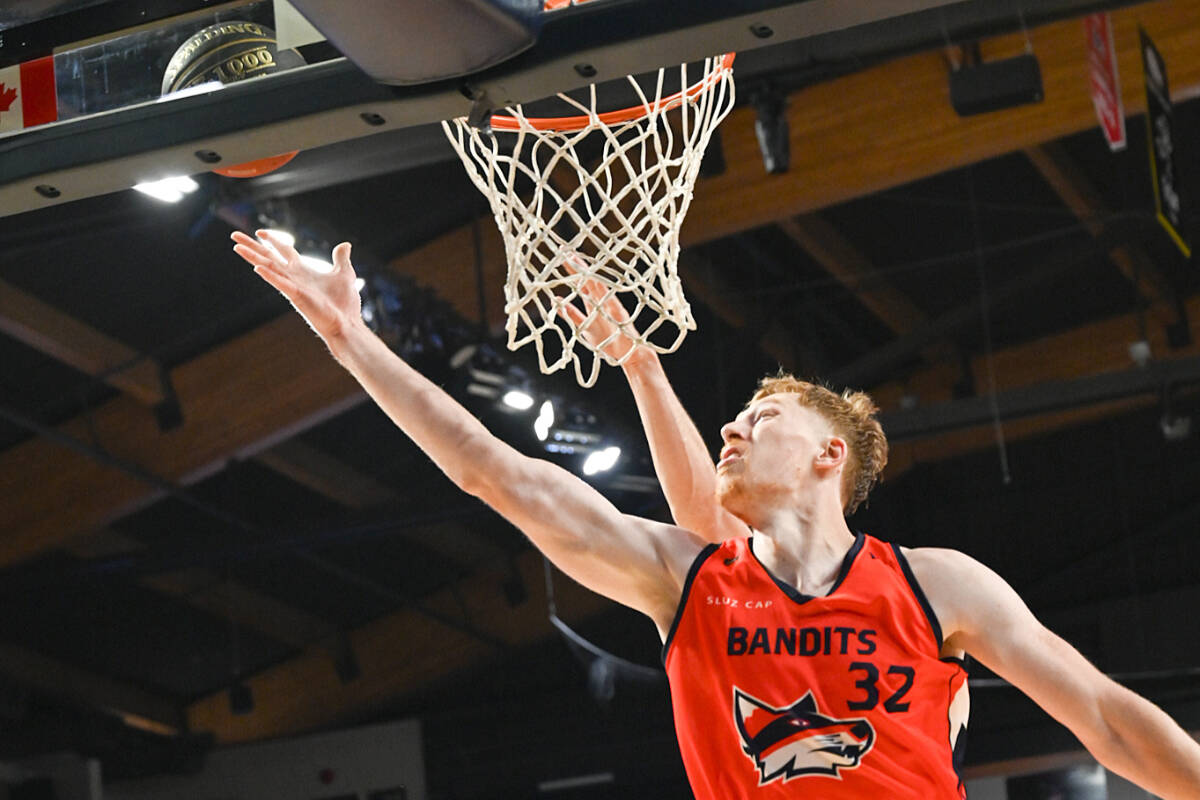