The 2005-born right-handed center and Regina Pats captain was at the home rink of the Vancouver Giants for a practice session ahead of an already sold-out game against the Giants on Friday, Nov. 25.

The upcoming face-off has got Langley fans excited, with some willing to pay close to $200 on the StubHub ticket re-sale market.

There has never been this much demand for tickets for a regular game in Langley before. Bedard said he is excited for his first game in Langley and “pumped up” to play in front of a sold-out crowd.

The high-scoring hockey player is on a B.C. road trip playing at various locations, and most of the arenas have already been sold out.

“It is pretty cool to see [the sold out games]. It is also exciting for our whole team and people will see a lot energy,” said the North Vancouver-born player.

Friday Nov 25 Game is SOLD OUT. Your chance to see Connor Bedard next will be at the Kubota CHL/NHL Top Prospects Game on Jan 25. Limited Seats Remain, get your tickets before they're gone. https://t.co/vY5GfFy4Vn

Even Bedard’s family had to make early adjustments, but they all were able to secure their tickets, confirmed Bedard.

His Lower Mainland arrival has sent hockey fans into a frenzy.

According to Giants senior vice-president Dale Saip, the demand to see Bedard was unlike anything he’s ever seen for a Western Hockey League regular season game. More than 5,000 people are expected at Friday’s game.

“It’s really unprecedented for a regular season game,” Saip said. “It’s quite something. I’ve been in this business for a long time and in western Canada we never had a [Connor] McDavid or a Sidney] Crosby come to town. It’s a neat thing to have someone like this show up. It’s going to be good for us.”

Saip said there has been similar ticket buzz for events such as the Memorial Cup or when the Giants had deep playoff runs, but never for a ordinary regular season game. He said media attention has also been high, with many outlets wanting to get footage of the young phenom.

“I’m thinking I’m going to see a whole bunch of media here that I haven’t seen for a while,” he said, laughing.

Many hockey experts and fans consider the 17-year-old born as the hottest name in the 2023 NHL Draft conversations. As per analysts, he is most likely to go first overall this NHL drafting season.

Bedard said he is excited about the drafting and even taking advice from experienced players. He further shared that his international games have allowed him to train with other NHLers and sharpen his skills.

“I have seen their work ethic. You can learn a lot from from [the NHLers], and it’s awesome.” he commented.

When asked if he watches the Canucks games, the young athlete said he has been a “big fan” of the team since he was a kid but has missed a few matches in recent times due to a tight schedule.

“We have been pretty busy, and I have missed a few games, but I always try to watch [Canucks].”

Bedard also named NHLer Mason McTavish of Anaheim Ducks as a player he looks up to.

Friday Nov 25 Game is SOLD OUT. Your chance to see Connor Bedard next will be at the Kubota CHL/NHL Top Prospects Game on Jan 25. Limited Seats Remain, get your tickets before they're gone. https://t.co/vY5GfFy4Vn

In 2020, Bedard became the first player ever granted “exceptional status” in the Western Hockey League (WHL), allowing him to enter the league at the age of 15 as opposed to the normal 16.

The 5’10” tall player was also the first overall pick by the Regina Pats in the WHL’s Bantam Draft. In the 2021-22 season, he became the league’s youngest 50-goal scorer, finishing with 51 goals and 100 points for Regina.

Bedard also represented Canada in the World Under-19 championship at the age of 15.

Those who miss out on seeing Bedard on Friday will likely get the chance to see him at the 2023 CHL Top Prospects Game, which occurs in Langley at the LEC on Jan. 25, 2023. Bedard is the top-ranked NHL prospect and, as long as he’s healthy, is a lock to attend that game.

Saip said fans will get a good show at either game.

“He’s a phenomenal athlete,” he said. “The WHL has produced a ton of Hall of Fame talent, but this is a different type of player that you often see in the hard-nosed WHL. He’s very skilled.” 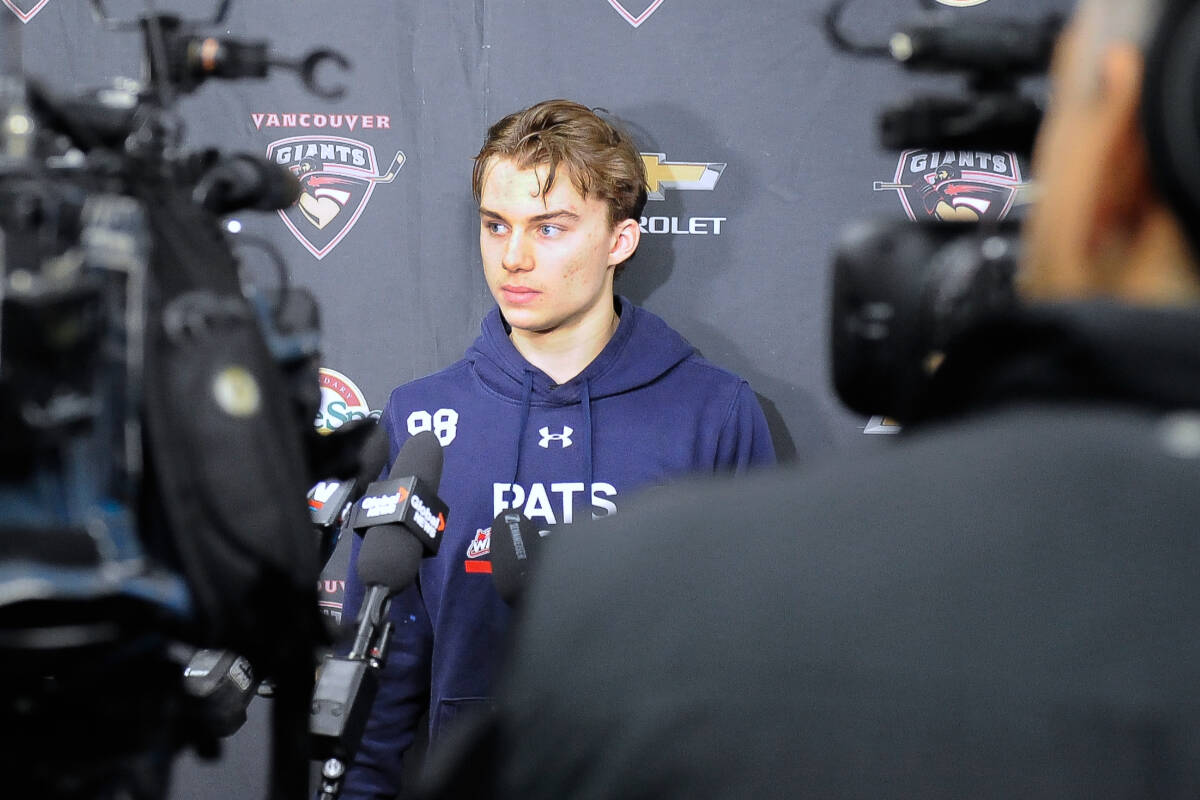 LGBTQ and other rights issues at World Cup a ‘huge blemish’ on FIFA: Hall of Famer