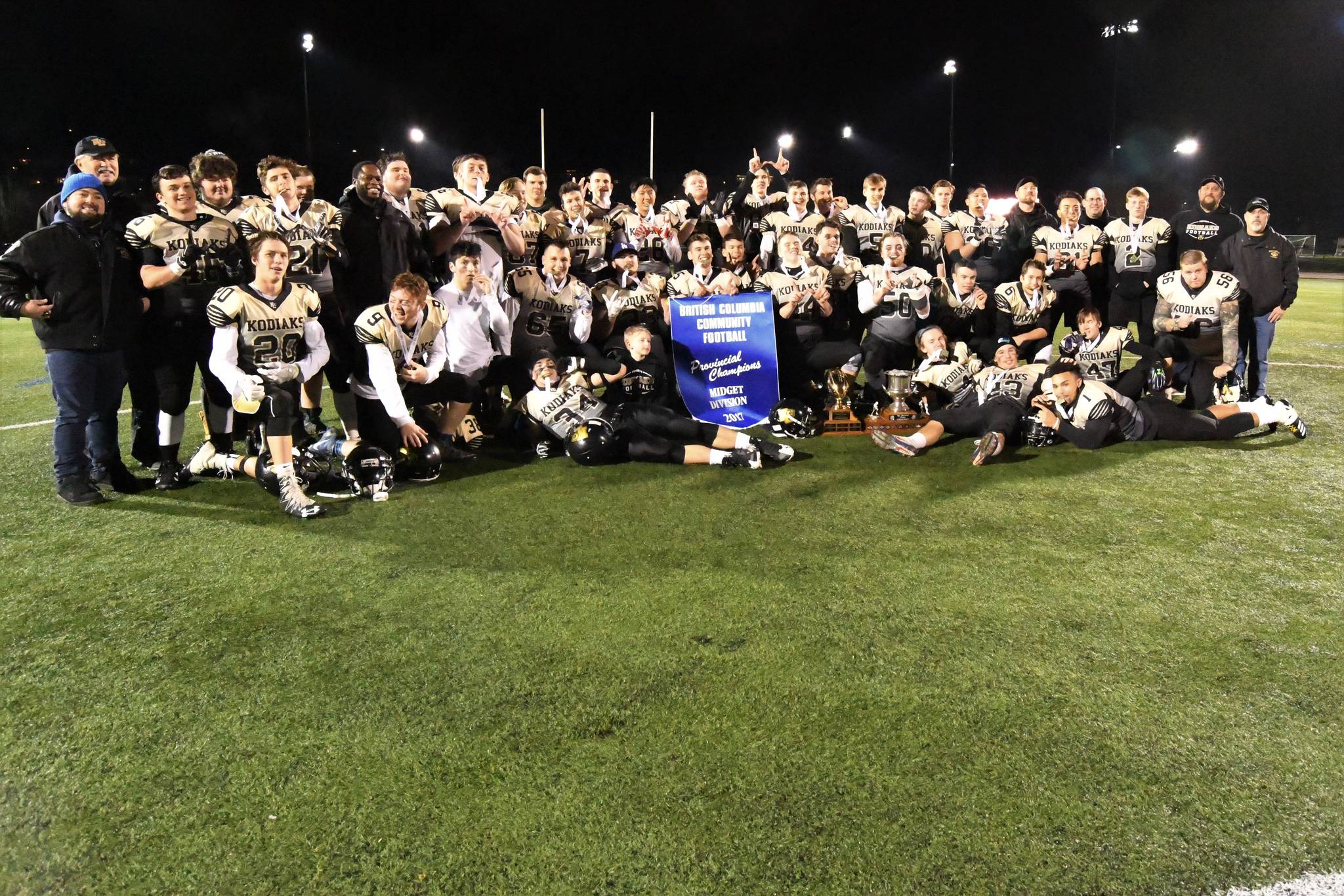 Football is a game of inches.

The North Langley Kodiaks were faced with that situation.

The Bears had the ball at the one-yard line — 12 inches away from scoring what could have been a game-altering touchdown — in the final minute of the first half.

And twice, North Surrey handed the ball off. Both times, they ran up the middle, but the Kodiaks were having none of it, as the Kodiaks defensive line did not give up an inch, stopping them for no gain.

Buoyed by that huge defensive stand, North Langley went into the locker room riding a wave of momentum. The Kodiaks scored two field goals in the second half and while the Bears did find the end zone with two minutes to play, they could not recover the ensuing on-side kick as the Kodiaks held on for a 13-7 victory.

“If it wasn’t for that (goal-line) stand, the game could have gone either way,” admitted North Langley coach Chad Henderson. “The boys were stoked (at the half).

“They stayed calm and just performed.”

The win was also redemption for the Kodiaks, who lost in last year’s championship final.

“Basically, that was our motivation this year, to get back in and win it,” Henderson said. “Beginning of the year we used it (as motivation) to light a fire under the boys’ butts.”

The Kodiaks finished in top spot during the regular season, including two victories over the Bears.

The majority of the roster is from North Langley, but there are also players from Abbotsford, Mission, Maple Ridge and Coquitlam.

Some of the local players have been together for nearly a decade under Henderson, moving through the age-group ranks, and winning a provincial title in 2014 at the bantam level.

Henderson credited the team’s veteran core of 18-year-olds, as well as his coaching staff, for such a successful season.

“There was a lot of self-motivation as this was the last game for a lot of them,” he said.