Jokes were flying during the B.C. Hockey Hall of Fame banquet at the South Okanagan Events Centre on July 28.

Burke joked about presenting Nonis with his induction plaque into the builders category.

“I love when Brian says I stabbed him in the back and took his job twice. Why not, I did all the work,” quipped Nonis, who worked under Burke in Vancouver and Toronto where he replaced Burke as general manager and is currently a consultant to Anaheim Ducks general manager Bob Murray.

During his speech, Nonis talked about the late Pat Quinn and the impact the former Canucks coach-general manager made on him during his career.

“He told me to do my job to the best of my ability. To always remember the people in the stands, and more importantly, those who were not fortunate enough to get to games,” said Nonis. “They’re much more important than any of us. He treated his staff, players with respect and was a true mentor to all of us.”

Nonis, who is entering his 28th year in the NHL, said he owes a lot to Burke for his career. It started with a tryout offer with the Canucks when he completed his college career with the Maine Black Bears. Nonis said he would love to come to Vancouver for the tryout, but had signed to play overseas.

“Without missing a beat, he said, enjoy the flight. I didn’t know what to say,” said Nonis, who had the crowd howling.

Nonis said it is an honour for him to be inducted.

“When Burkie first called me, I was at a loss for words, which is rarely the case when I’m on the phone with him,” he said.

“Until I get to hoist the Stanley Cup, this is probably the most special thing in hockey I’ve had.”

Lazarowich, inducted into the officials category, talked about the importance of having good parents, specifically his mom, who watched him officiate when he first started. One day she got into the car and while driving, asked her son why he officiates.

“They hate you,” said Lazarowich repeating her comments, which drew loud laughter from the crowd. “They absolutely hate you. I sit there and I slowly move to the back.”

The Vancouver native responded saying he just loved it.

“I love being on the ice. I love the battles,” said Lazarowich, who works with the B.C. Hockey League and started his career in B.C. with minor hockey then moving on to the BCHL and Western Hockey League before embarking on an NHL career in which he worked three Stanley Cup Finals, two World Cups and the 2014 Heritage Classic. “I love how a team works together as a team as officials. I wanted it as a goal. That’s what I want to do.”

Lazarowich paused and continued saying she didn’t get to see him work in the NHL because she lost her battle with cancer in 1985.

“I want to dedicate that to her,” he said of his induction.

Toigo, who was also inducted into the builders category, has been involved with junior hockey since the 1990s when he owned the Tri City Americans. The Tsawwassen resident joked about how he didn’t have a clue about the business.

“There wasn’t any mistake we didn’t make. We learned a lot,” said Toigo. “I lost a lot of money, I lost a lot of hair. It didn’t go well the first go around.”

Toigo brought the Giants to Vancouver in 2000 with the late Pat Quinn and Gordie Howe. Four years before Toigo had asked Quinn if the WHL would work in Vancouver. The idea was put on the back burner for a bit, but Toigo continued to work on it.

“Our business plan was just do the opposite of what we did in Tri-Cities. And it worked,” he said.

Toigo is credited for putting on the most successful World Junior Hockey Championship in 2006. He also brought the Memorial Cup tournament to Vancouver in 2007, which they won. He is also chairing the 2019 Memorial Cup being held in Vancouver and Victoria.

Tanti comes from a family that emigrated to Toronto from the island of Malta, located at the bottom of Sicily. His parents had never seen snow and Tanti’s dad put him in hockey when he was five, starting out as a defenceman. Tanti grew up loving the Toronto Maple Leafs and waiting to hear Foster Hewitt on his black and white TV.

Listed at 5-9, 180 pounds, Tanti said he was too small and too slow, yet he made it to the NHL and scored 287 goals in 679 career games. Tanti initially fell in love with Vancouver after being called up by the Chicago Blackhawks for their series against the Canucks. After being traded to the Canucks, Tanti talked about staying at the old Johnny Canuck hotel. He was having a great season, including being in the top 10 of NHL scoring. He talked about running into coach Roger Neilsen during Christmas.

“Not too bad thanks.”

“Where are you staying?”

“I’m staying at the Johnny Canuck.”

“What are you doing there?”

“No one has ever told me to get a place.”

“And that’s when I knew I made the NHL,” Tanti told the laughing crowd.

Gradin entertained the crowd with his dry sense of humour. He started his speech speaking in Swedish.

“I guess you don’t speak Swedish?

“This is a great honour for me and for coming here for this inductee,” said Gradin, who played 677 NHL games, and spent eight seasons with the Canucks. “It’s a very good group of people to be surrounded in.”

Gradin, now the Canucks’ associate chief amateur scout, shared a story about one of the first times he hit the ice for practice. In 1978 he was coming down on Jack McIlhargey making moves left to right. The second time, he starts out in the defensive zone and makes his way up to the offensive zone with McIlhargey, one on one.

“No, no,” said Gradin, as McIlhargey approached him.

“You know what, Gradin, you can’t stick handle with broken arms.”

Gradin said it was nearly a shocking experience for him from a teammate.

“What I really learned about the game, especially about personalities, like Jack, it made me accountable,” said Gradin. “He made me get the feeling that you can be as fast as you want to, but as long as you are not scoring goals when it’s needed, you don’t mean anything.”

The Regals were added in the team category. They are the ‘97 Allan Cup Champions and the lineup featured 17 Powell River born and raised players, with the other seven born in B.C. The Regals have had many championship teams, but this team ranks as the best as they celebrate their 20th anniversary. 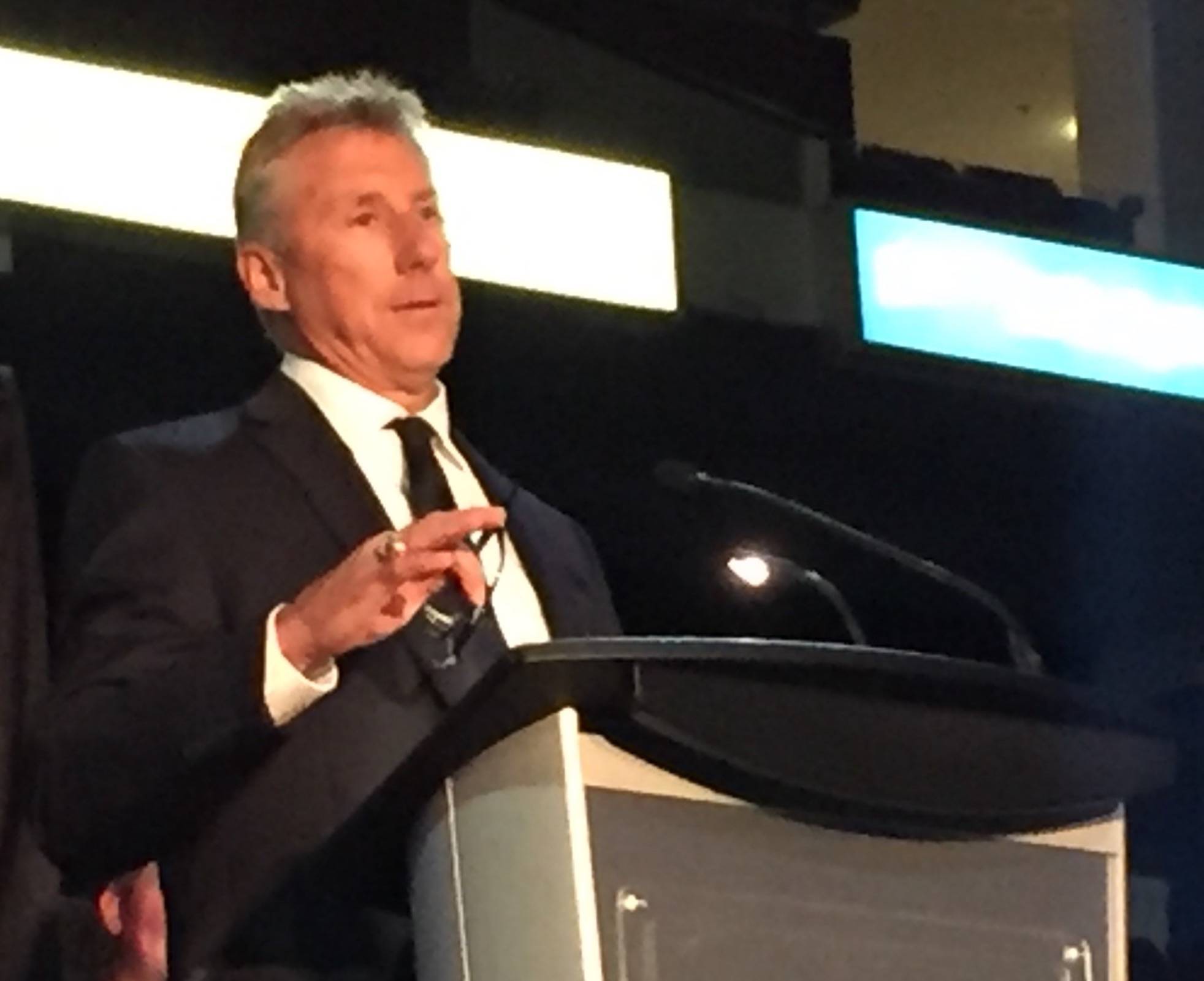 Brad Lazarowich, who works for the B.C. Hockey League, was inducted into the officials category as he worked more than 2,000 NHL games, that included three Stanley Cup Finals. Emanuel Sequeira/Western News