It was quite the debut for Marcus Klarich.

Playing in his first Arena Lacrosse League game, Klarich had a 4-goal, 10-point game as the Sea Spray edged the Shooting Eagles 15-14 on Sunday afternoon at Langley Events Centre. The victory was a third straight for the team as they improved to 3-2 while the Shooting Eagles fell to 2-3 in the West Division standings.

The Sea Spray were down 13-12 with just under 14 minutes to play before Tyler Ewen tied the score and Klarich struck twice to give his team the lead for good. The Shooting Eagles’ Mark Yingling did cut the deficit down to 1 but his goal came with just 38 seconds to play.

Lee Jackman was the game’s third star following a 38-save performance as the team was outshot 52-50.

For the Shooting Eagles, Declan Fitzpatrick was the team’s top scorer with 6 assists. Spencer Bromley (2+2), Garrett Winter (3+1) and Yingling (4+0) each had 4-point games. Coady Adamson had 4 assists, while Isaac Richmond (2+1) and Cole Paciejewski (2+0) each had multi-point games. Tyson Johnson and Brandon Fitzgerald had a goal apiece. 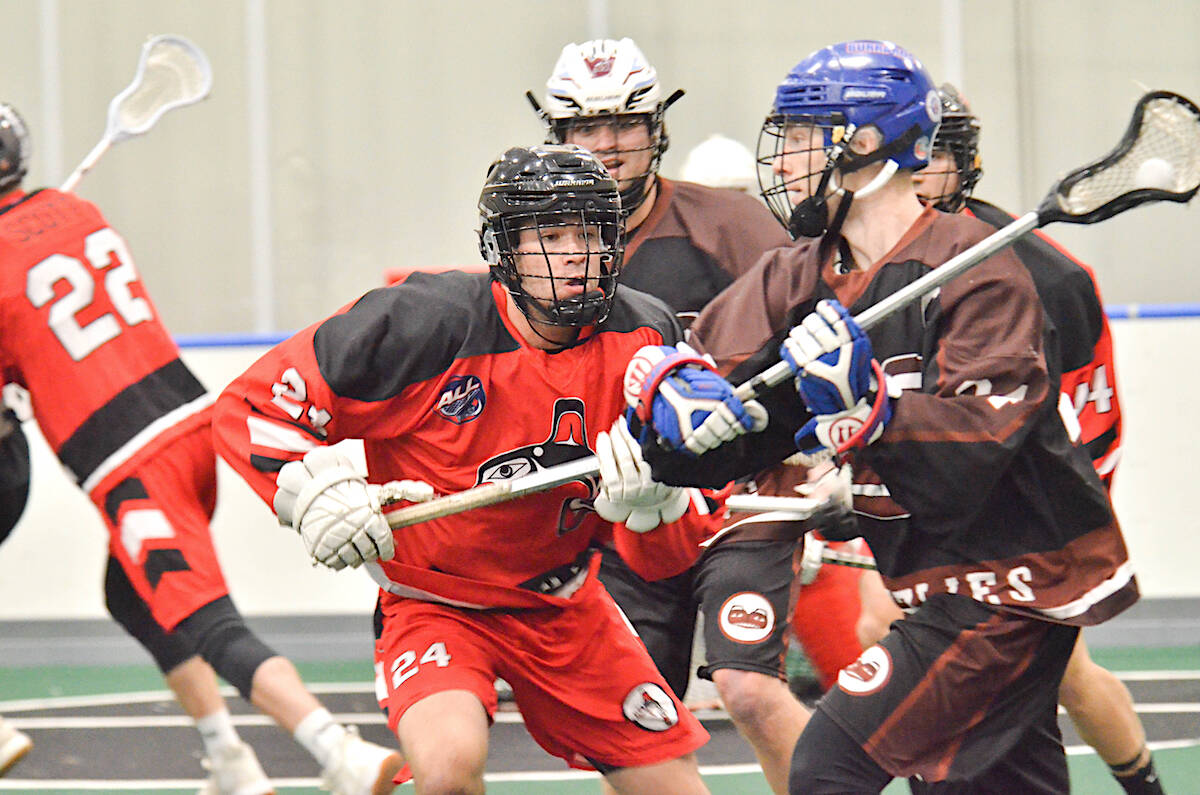 Trailing 10-6 with just under 10 minutes remaining, the Black Fish stunned the Grizzlies with 5 consecutive goals for the 11-10 victory on Sunday afternoon at Langley Events Centre.

The Black Fish improved to 2-3 while the Grizzlies are 3-2 in the Arena Lacrosse League West Division standings.

The 5-0 Black Fish run came in a span of 3:24 with Drew Kask, Brian Gillis and Jordan Roberts scoring to pull the team within a goal before Chase McIntyre potted a pair, the second of which came on the power play.

McIntyre and Roberts each had hat tricks with Ryan Jones leading all scorers with 1 goal and 6 points. Kask (2+2), Gillis (1+2) and Ari Stevens (1+0) also found the back of the net. Matt Hills made 33 saves in goal for the Black Fish.

Grizzlies’ goaltender Brandon Humphrey was full value for his third-star selection, making 54 saves as his team was outshot 65-43.