Two Vancouver Giants players, who were earlier picked for Team WHL, are gearing up to play at home in Langley next week in Game 2 of the 2018 CIBC Canada-Russia Series.

Team WHL released its roster for the series, with game one set for Monday, Nov. 5 at the Sandman Centre in Kamloops, followed by a game on local ice at Langley Events Centre on Tuesday, Nov. 6. On the list are Giants Bowen Byram and David Tendeck.

The Team WHL roster has representatives from a dozen of their 22 teams, led by a pair of Vancouver Giants, as well as three apiece from the Moose Jaw Warriors, Lethbridge Hurricanes, and Prince Albert Raiders. (The Raiders are currently the top-ranked team in the CHL with a 14-1-0-0 record as of Oct. 27).

Up front, Team WHL boasts an impressive collection of forwards.

Among the 15 drafted or signed NHL players, Cody Glass (Portland Winterhawks) was the highest selection after the Vegas Golden Knights picked him in the first round (6th overall) in the 2017 NHL draft.

A late addition to Team WHL was Spokane Chiefs forward Jared Anderson-Dolan, who began the season with the Los Angeles Kings, before the club sent him back to junior. Anderson-Dolan was a second-round pick of the Kings in the 2017 NHL draft.

He is joined by a trio of third-round selections in Brandon Wheat Kings’ Stelio Mattheos and a pair of Everett Silvertips, Riley Sutter and Connor Dewar.

Defensively, there are high expectations for Team WHL’s blue-line based on where they were drafted as five of the six have already been selected by NHL clubs and were all taken in the first three rounds.

Ty Smith (Spokane Chiefs) was a first-round pick while the Moose Jaw Warriors’ Josh Brook and Jett Woo and Lethbridge’s Calen Addison were each second-round picks. Scott Walford (Victoria Royals) was picked in the third round.

And the lone non-drafted blue-liner is generating significant buzz for the upcoming 2019 NHL draft as Byram is currently ranked sixth – and second among defencemen – on noted TSN draft expert Craig Button’s list earlier this fall.

In goal, both players have already been drafted by NHL clubs.

Prince Albert Raiders’ Ian Scott was taken in the fourth round of the 2017 entry draft while Vancouver Tendeck went in round six last June.

Of the four draft eligible players for 2019, all are projected as first rounders.

Heading into WHL action on Oct. 26, the dozen forwards (Anderson-Dolan had yet to play for Spokane) on Team WHL have combined for 90 goals and 225 points in 150 games so far this season. On defence, the quartet of Ty Smith, Calen Addison, Byram and Josh Brook, are all above a point-per-game on the season.

And in goal, Ian Scott is ranked second among WHL goaltenders with a 1.54 goals against average and a .945 save percentage, while Tendeck is seventh at 2.16 and .911, respectively.

Not surprisingly, Prince Albert and Vancouver are ranked one-two in the league in terms of fewest goals allowed.

For tickets to the CIBC Canada-Russia Series game at Langley Events Centre on Nov. 6, visit www.ticketrocket.co. 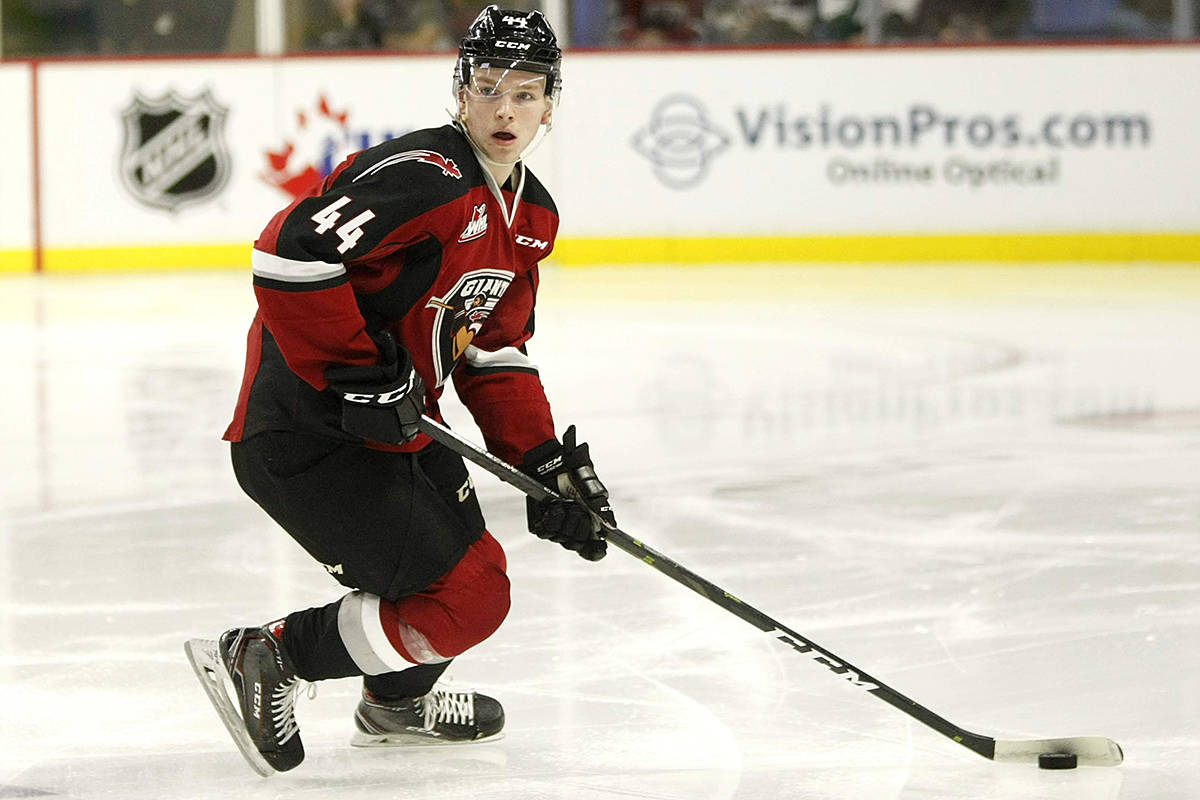 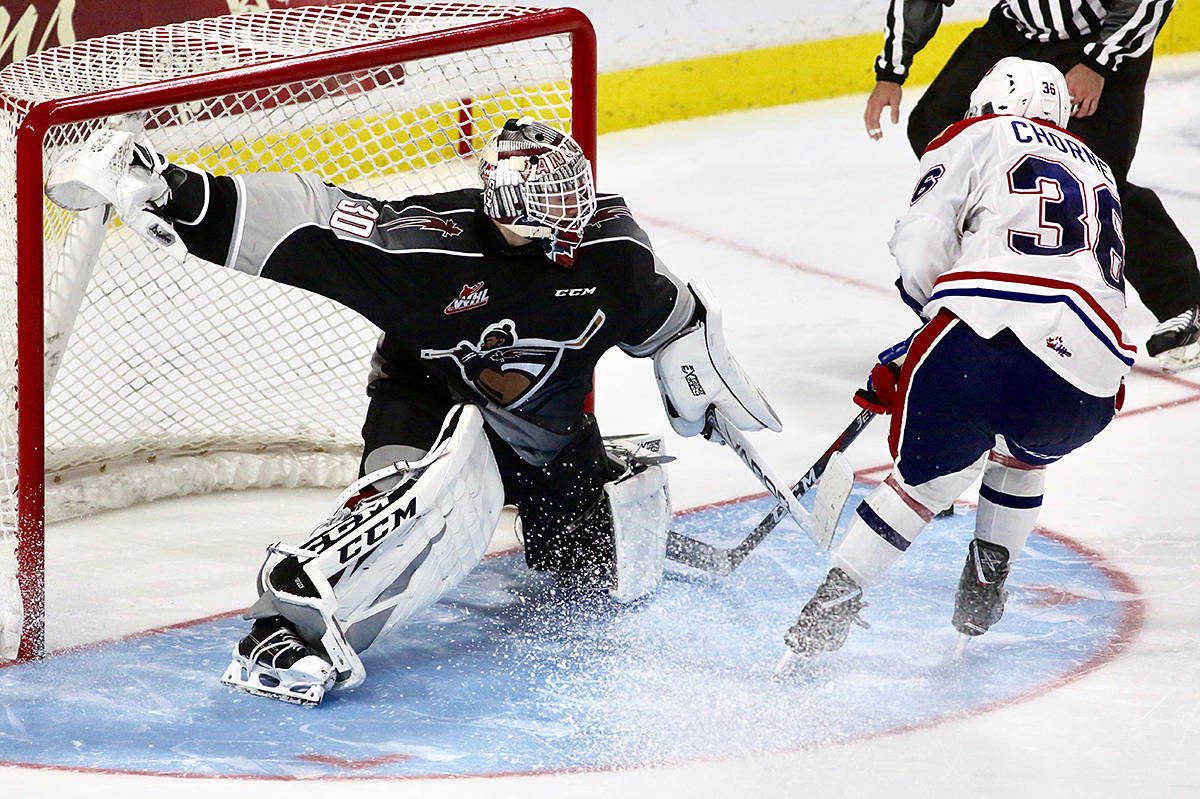 Vancouver Giant netminder David Tendeck is one of two local players selected to play on Team WHL, and will be playing in the Canada-Russia Series kicking off early next week. (Rik Fedyck/Vancouver Giants)