The quiet clink of plastic paddles on balls sounded over the courts at Langley City’s Douglas Recreation Centre this weekend as a three-day pickleball fundraising tournament began.

“As long as the rain stays away, we’re happy campers,” said Clint Davies, one of the local players who helped organize the tourney.

It has brought in 147 players in singles, doubles, and mixed doubles play, and runs from Friday, July 5 to Sunday, July 7.

The organizing group is the Langley Area Pickleball Dinkers, an informal group that has jokingly adopted a badge-shaped logo to match its LAPD acronym.

“Dinking is where you’re up at the net, going dink-dink-dink back and forth,” explained Davies.

Pickleball is a relatively new sport, created as a backyard game in Washington State in 1965, and named after a dog called Pickles.

The paddles are now squared-off and custom made, but the overall sport remains much the same.

Often played by seniors, the game can be low-impact, although you wouldn’t necessarily know that by the effort some players were putting in Friday at the Douglas Rec Centre courts.

Tournament director John Robinson said every dollar raised above expenses will be donated to help the school, which has a sizable proportion of underprivileged children in its student body.

On Saturday, the Langley Area Pickleball Dinkers were planning to honour several people who made the event possible, including Langley City parks staffers Karlo Tamondon and Kim Hilton, and Mayor Val van den Broek. Each will receive a pickleball racket with their name on it. 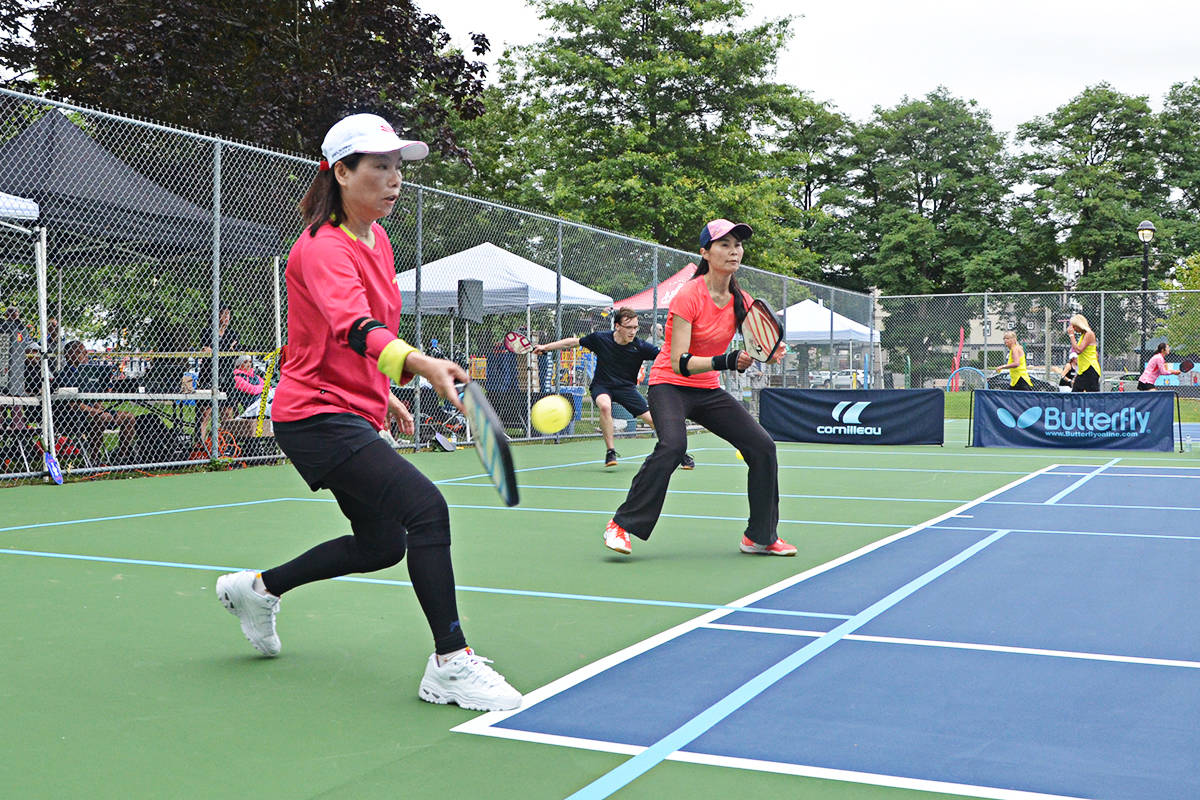 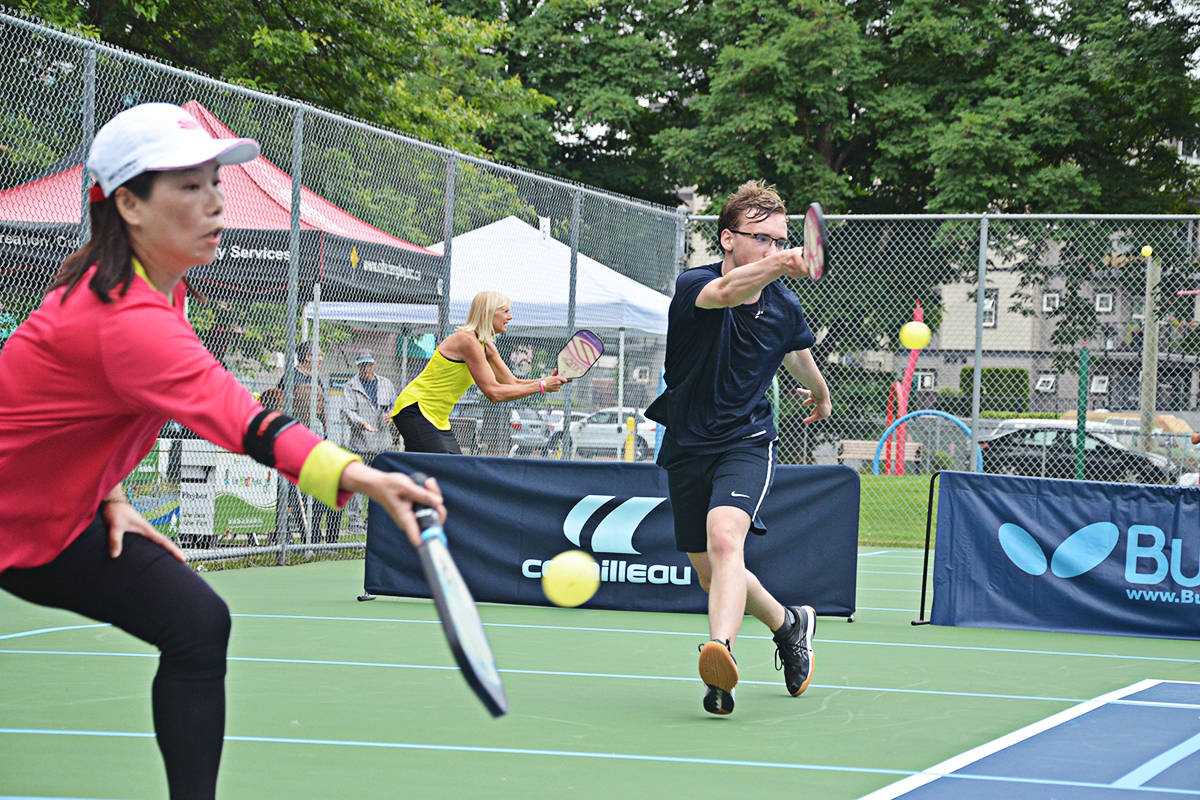 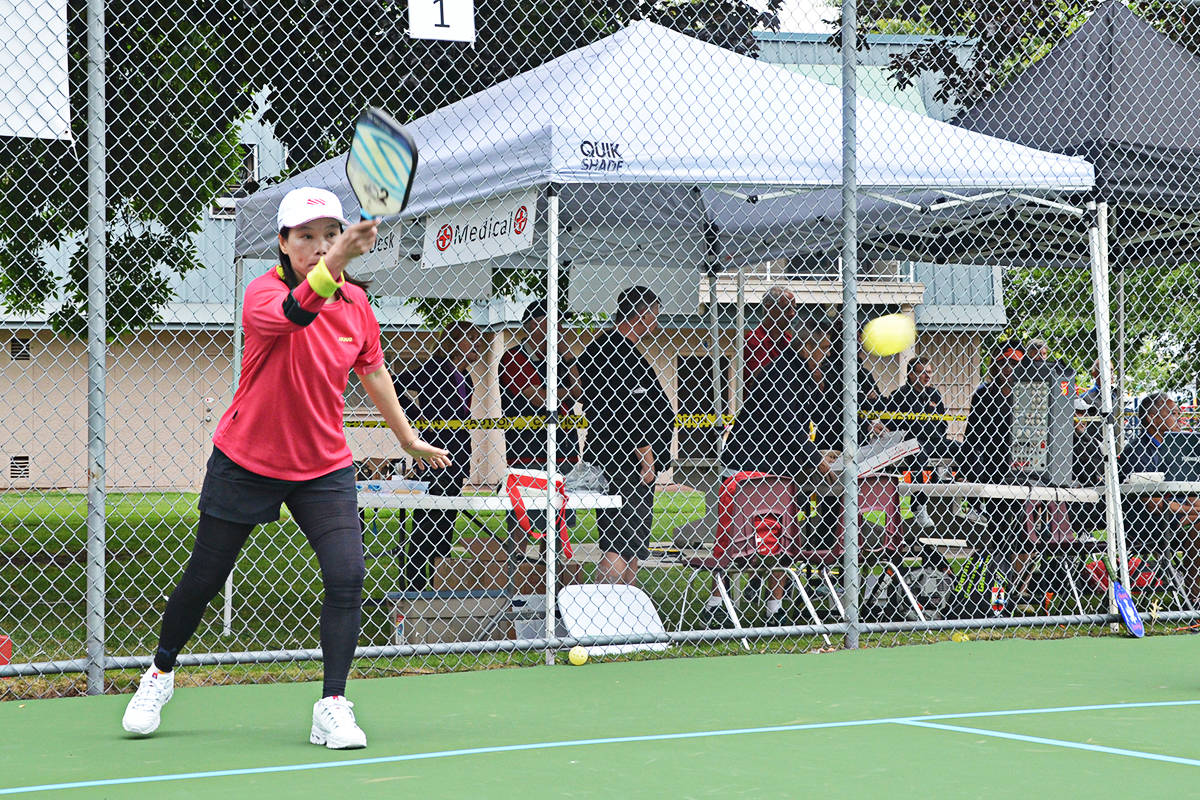 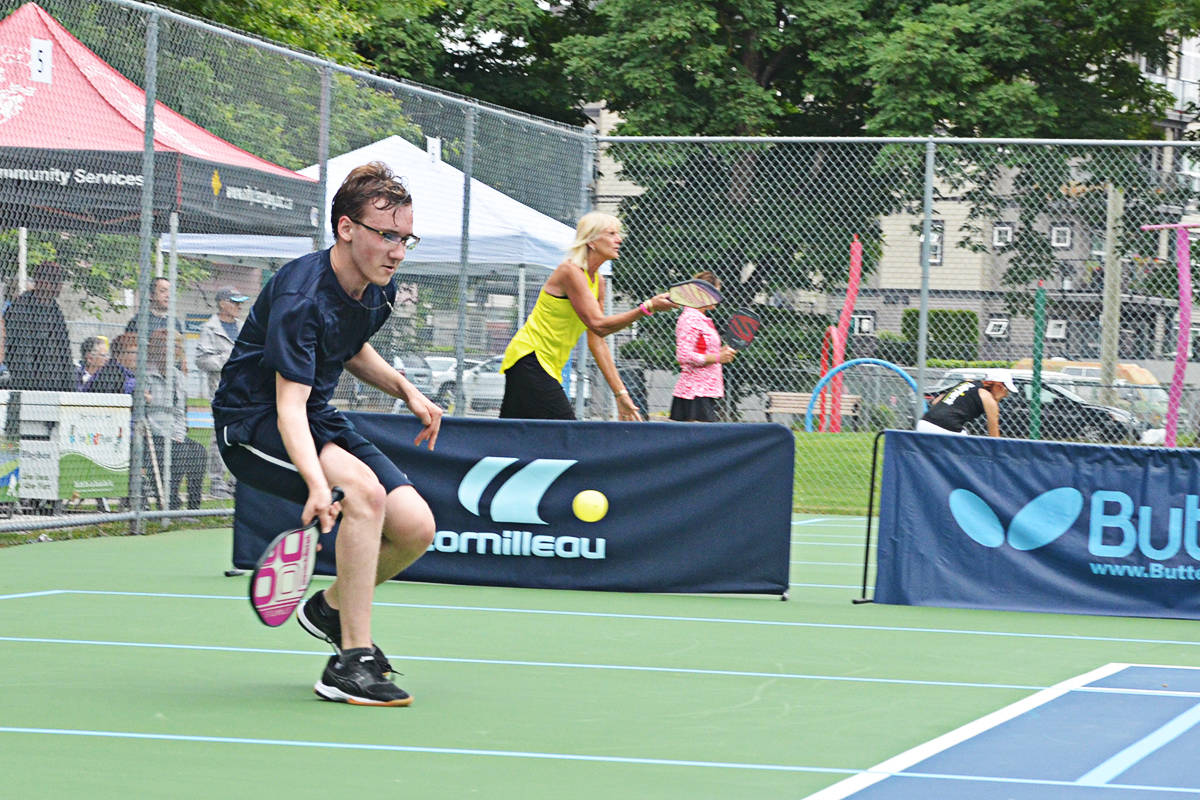 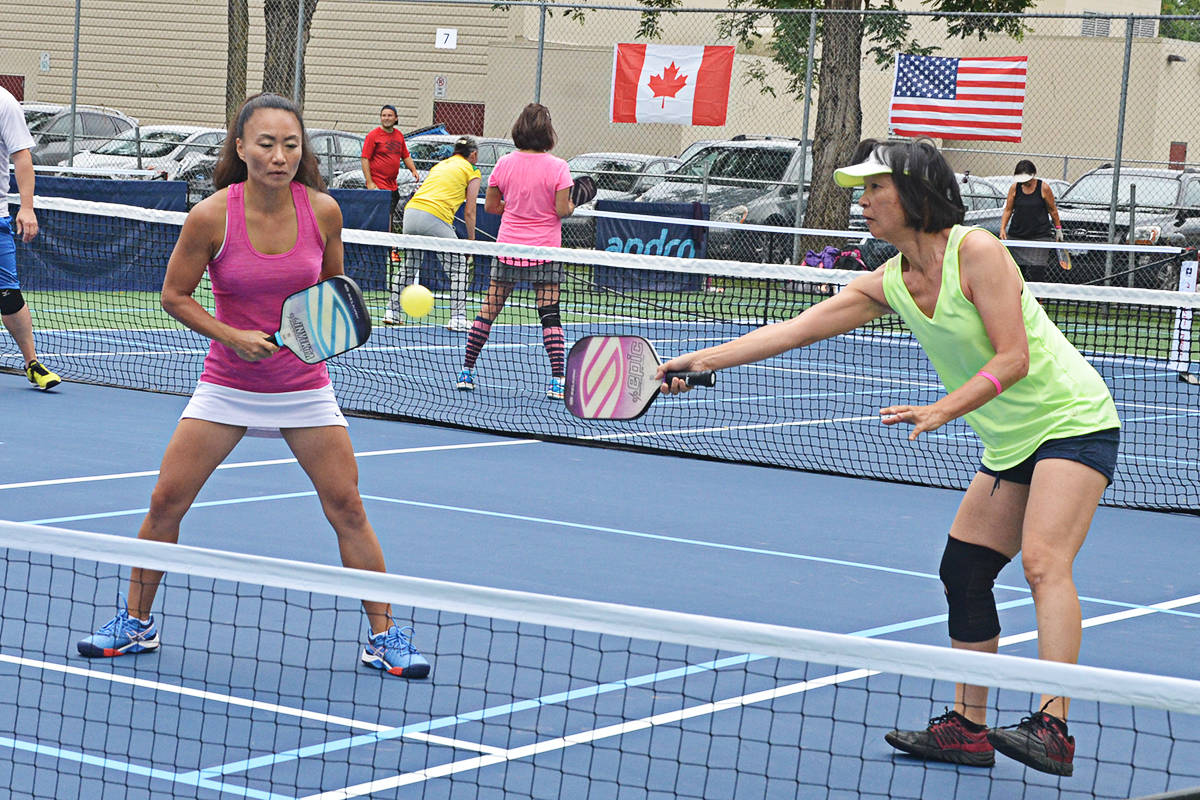 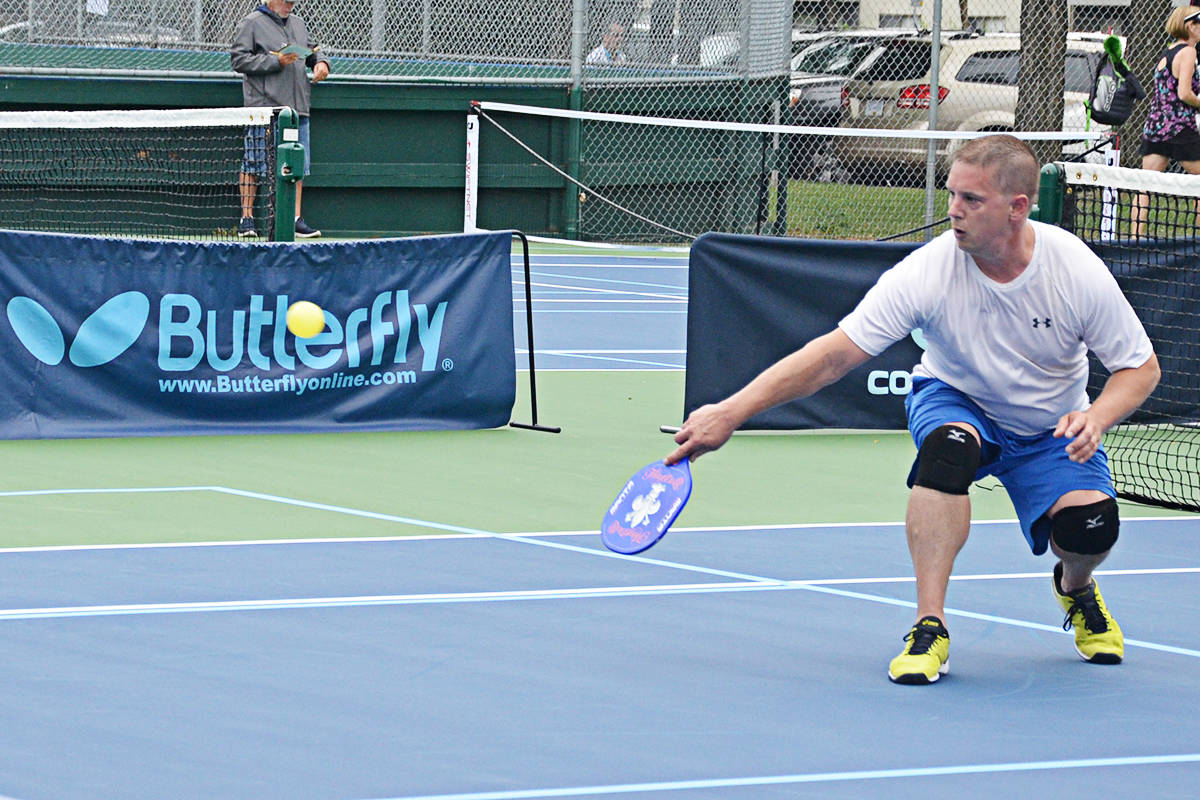 Out of retirement, Langley’s Lawrie-Locke makes a pitch for Team Canada success in Surrey