When the season began with back-to-back lopsided losses, fans of the Vancouver Giants could be forgiven if they thought ‘here we go again.’

The Giants came out of the gate and were hammered 7-1 and 6-1 by the Victoria Royals on consecutive nights. This was coming on the heels of a season which saw them post just 46 points, their third-lowest total since they entered the Western Hockey League in 2001.

And even through the first 26 games of this season, the team was not even average, posting a 10-12-2-2 record.

And on Saturday night, Vancouver punched their ticket for the post-season thanks to a wild 5-4 win over the visiting Kamloops Blazers at the Langley Events Centre. It will be Vancouver’s first playoff appearance since the 2013/14 campaign.

And on Saturday night, Vancouver punched their ticket for the post-season thanks to a wild 5-4 win over the visitingKamloops Blazers at the Langley Events Centre. It will be Vancouver’s first playoff appearance since the 2013/14 campaign.

The victory was the second game of three-in-three days which saw Vancouver lose 5-1 the night before in Kamloops andthen 6-1 on Sunday afternoon at home to the Everett Silvertips.

“It means a ton, it means a lot,” said Ty Ronning, the longest-tenured Giant.

“I’ve been here for five years and it’s a big step for this organization to get back to that winning tradition.

“It’s our first step to give us a chance for the ultimate goal, to win a Memorial Cup.”

Ronning’s week got even better on Monday when he signed an entry level contract with the NHL’s New York Rangers.

In his fifth season with the team, Ronning was a rookie when the Giants last made the playoffs in 2014, a four-game loss tothe Portland Winterhawks.

“I was 16 years old at the time playing against a power play of Nicolas Petan, (Matt) Dumba, (Brendan) Leipsic, (Chase) DeLeo, they had a very stacked team and we were keeping it simple,” he said.

“But the intensity in playoffs is a lot higher.

“The crowd is a lot hotter and everything happens a lot quicker because everybody is willing to do whatever it takes to winthe game.

“Our goal isn’t finished, but one of our first goals was to get into the playoffs,” said coach Jason McKee.

“It’s a good moment, a good feeling to be a part of that.

“We had a goal as an organization right from August and that was to get in (to the playoffs) and give ourselves a chance.”

Clinching on home ice — in front of 4,041 fans (the fifth time they have surpassed the 4,000-seat mark at the LEC in 34games) — was an added bonus as the Giants play six of their final seven games on the road.

“They were the sixth man on the ice,” McKee said of the fans. “There was a great energy in the building (and) I think ourguys really fed off it.”

Ronning agrees the LEC can be a difference maker.

“The past couple of games we’ve had here, it’s been electric and it’s not even playoffs,” he said.

“I’m thrilled and I know the boys are super excited to play here.

“We need to keep going and get home-ice advantage.”

The Giants are back in action March 7 in Kelowna against the B.C. Division-leading Rockets.

— with files from Ben Lypka 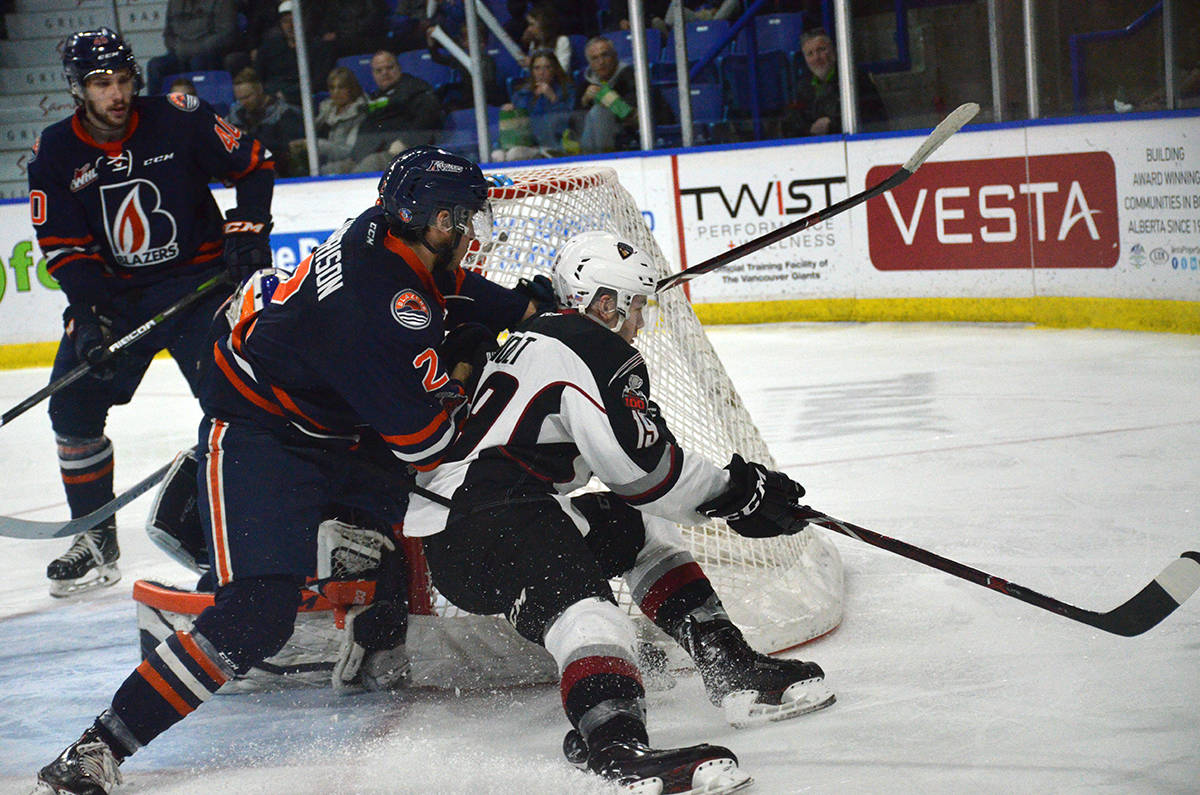 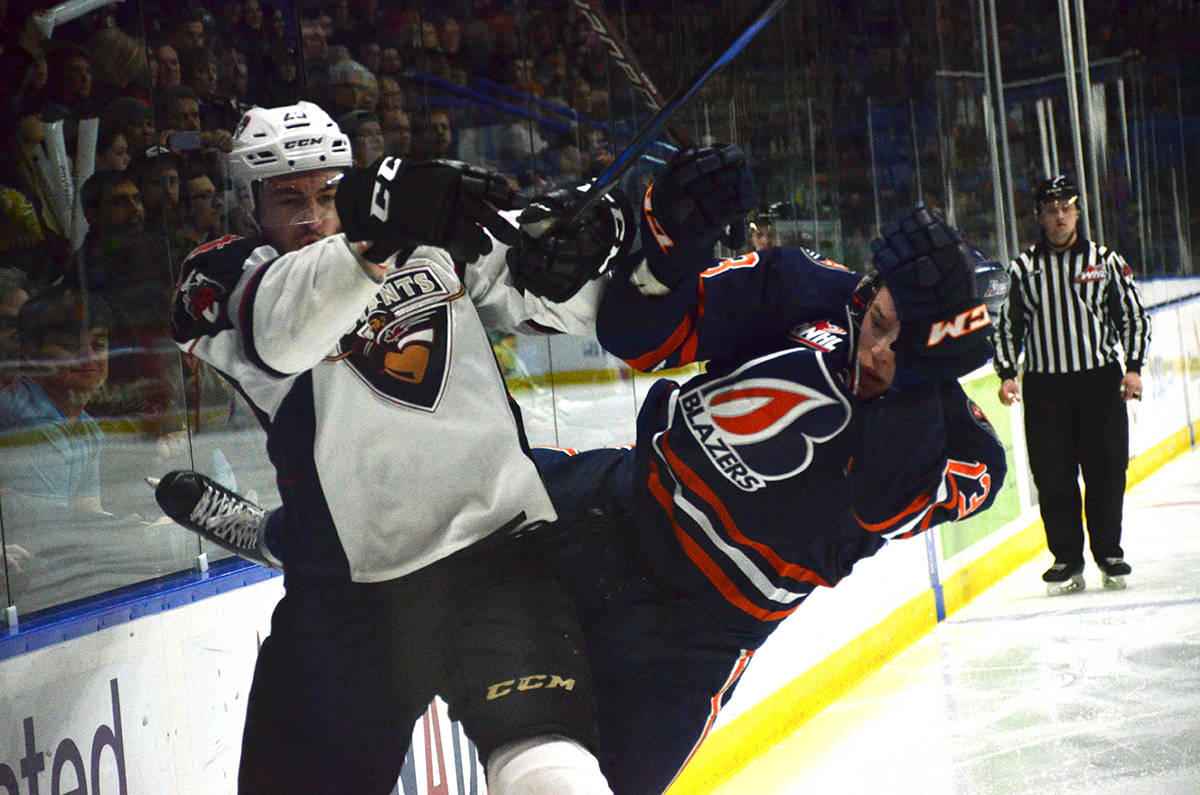 NEXT UP: Team Canada’s young curlers take on Korea at world juniors Wednesday