Friday night at the LEC the Vancouver Giants earned a 3-2 victory over the Victoria Royals.

Tristen Nielsen scored all three goals for the Giants (3-1) while goaltender Braedy Euerby turned aside 25 of Victoria’s 27 shots.

Sean Gulka and Brandon Cutler responded with goals for the Royals (0-3). The Royals goaltending tandem of Shane Farkas and Keegan Maddocks combined for 23 saves.

After three goals Friday night at home and a 3-2 win over Victoria, @tristen_080 looks to maintain confidence as the regular season draws closer. pic.twitter.com/WJkBJ7CVlF

VIC – Sean Gulka opened the scoring for the Royals off a cross-crease feed from Keanu Derungs.

VAN – Tristen Nielsen responded for the Giants at 12:39 on a power play when he skated into the slot and one-timed home a feed from Brayden Watts. Justin Sourdif also assisted.

VIC – 47 seconds into the third period the Royals regained the lead on a power play. Brandon Cutler snuck to the right side of the Giants goal and snuck a low shot past Braedy Euerby off a feed from Gary Haden.

VAN – 43 seconds later Tristen Nielsen notched his second of the night. This one came right off a face off in the Victoria end. Brayden Watts earned the lone assist.

VAN – Tristen Nielsen completed his hat-trick at 6:17 of the third on a power play deflection. Seth Bafaro and Justin Sourdif both drew the helpers on Nielsen’s go-ahead goal.

Vancouver: 2/3 on the Power Play

Victoria: 1/8 on the Power Play

Next Giants Game: Tonight (Saturday) at the LEC against the Prince George Cougars. 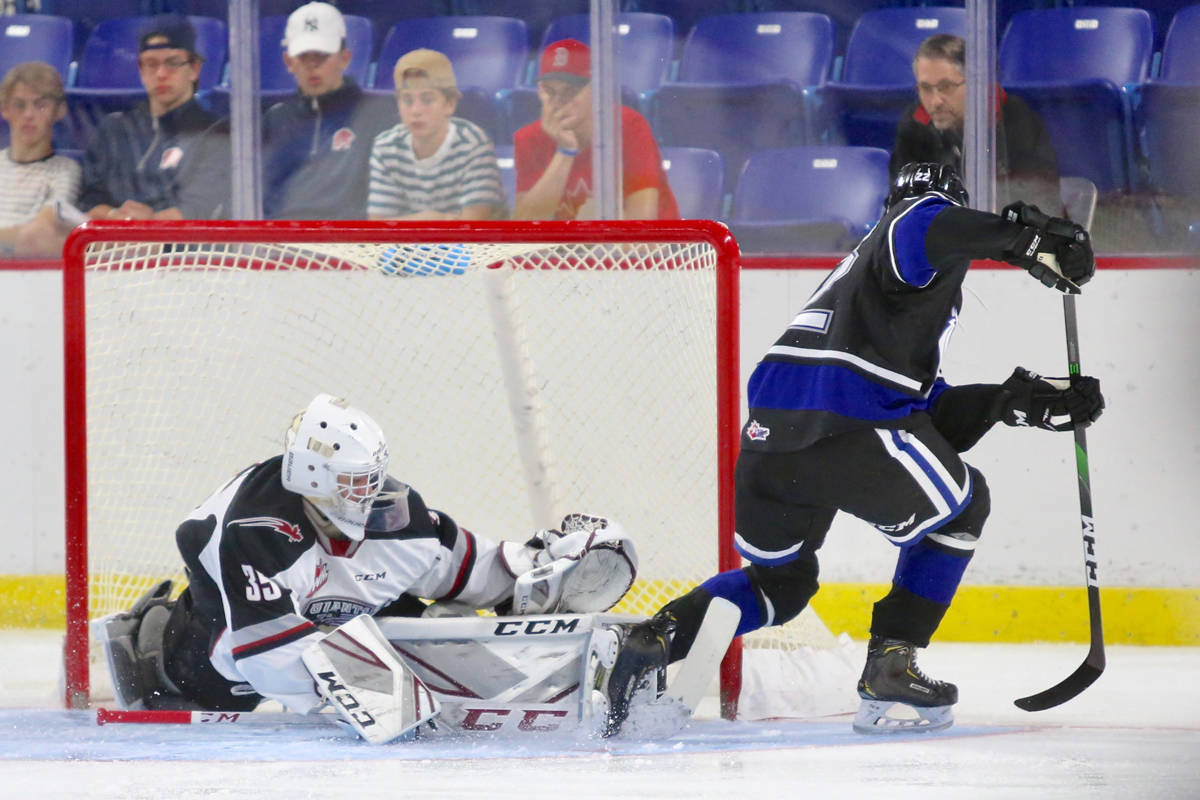