The winningest-coach in BC Football Conference history will guide the Langley Rams in 2018.

Matthew (Snoop) Blokker was named the head coach by the Rams on Tuesday afternoon.

“There is some talent on the roster (but) do we need to improve? Yes we do,” he said by phone from Calgary.

“I don’t think 4-6 sits well with anyone in Langley, so we are going to come in here, work hard and change that record.”

Blokker coached both the Victoria Rebels and then the Vancouver Island Raiders.

He left the BCFC for the Prairie Football Conference’s Calgary Colts for the 2014 season and resigned last month.

It was Alamolhoda’s Rams who ended Blokker’s run of six straight BCFC titles in 2012.

Langley Rams president Dana Matheson said he reached out to Blokker about the team’s impending vacancy.

“We had connected fairly recently knowing that we had a vacancy to fill at the end of the season and that he was available,” Matheson said.

Blokker is from B.C. and was looking to return.

He signed a three-year contract with the Rams and will have full control of football operations, according to Matheson.

That will include having a say in who the team names as their general manager as well as naming his own coaching staff.

“He will have free reign on who he will retain and who he will be bringing in. It will be completely up to him,” Matheson said.

Blokker did say he would meet with anyone on the Rams coaching staff who is interested in staying on under him.

Having watched some film on his new team, the coach said there is talent on the Langley roster.

“(But) at the end of the day, when you are 4-6, you have to create competition everywhere and try and get better,” he said.

“My style of team is one that is going to fight and compete every down. We are not going to use any excuses.”

Matheson said the goal is clear: a national championship.

“We are not looking just to play for a first round playoff exit or even a Cullen Cup (league championship) — we have won those before,” he said. “We want to win a national championship and anything short of that is a disappointment.” 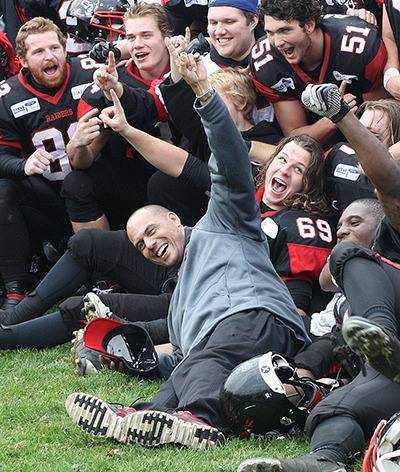 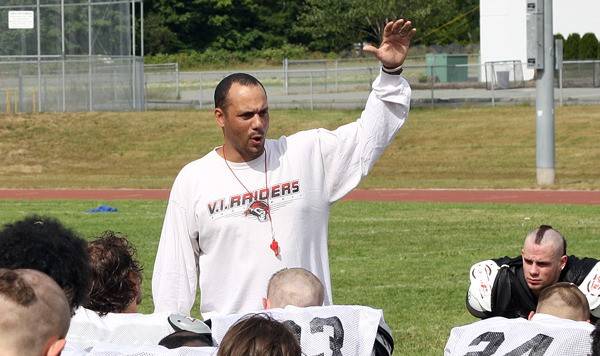