Having gotten a taste of success last season, the Langley Fundamental Titans were intent on going all the way this time around.

“For this group, this was the goal, especially after getting to provincials last year and doing as well as we did,” said Tamera Shearon, coach of the Titans’ senior boys soccer team.

She was speaking with the Times on her car ride home from Burnaby on Wednesday afternoon.

The Titans had just defeated Victoria private school St. Michael’s University Blue Jags 3-1 in the championship final of the BC senior AA boys provincial soccer championships. It was held at the Burnaby Lakes Sports Complex.

“This is just an amazing group of talent altogether at once,” said an emotional Shearon, about the team, some of whom have played together for her at the school the last five years.

In the gold-medal game, Tyler Chyzzy was called off the bench early because of injury, and opened the scoring 10 minutes into the contest.

Jacob Sol — who was named to the Commissioner’s XI — added a pair of goals prior to half-time.

He scored despite being under the weather all week.

The Titans played their game plan to near perfection in Wednesday’s final.

“The whole goal was to lock them into their own half and pressure them and make them make mistakes,” Shearon said.

The Blue Jags ruined the Titans’ shutout bid with a late goal off a free kick from 20 yards out.

That was one of only two goals Fundy allowed over the four games at provincials.

That goal came off a corner kick late in what turned out to be a 4-1 victory during pool play.

The Titans beat the LV Rogers Bombers 1-0, won 4-1 over the Valleyview Vikings and then prevailed 1-0 over the Carihi Tyees to finish tops in their pool.

In the semifinals, they edged the Archbishop Carney Stars 1-0 to advance to Wednesday’s final.

“Defensively, we are very hard to break down,” Shearon said.

“My defence is the backbone of the team.”

Eric Aujla, a Grade 12 centre midfielder on the team, was named the most valuable player of the provincial championships. 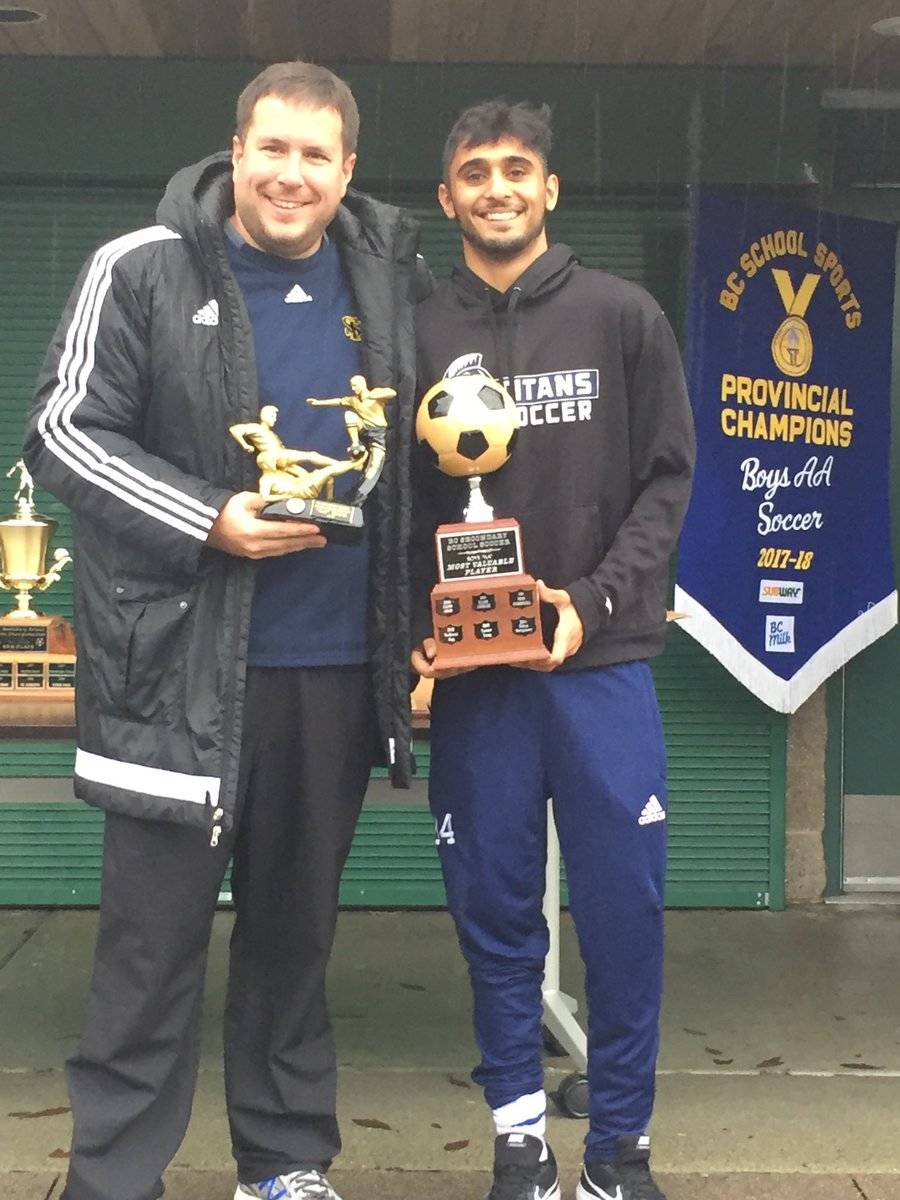 Titans take down all challengers