It the third straight game against the Rockets in just over a week, the Giants broke their winning streak.

In this match up at Prospera Place in Kelowna, the G-Men, who sit 4-2-1-0, earned a point despite falling to the Rockets after a comeback goal at 2:09 into the extra period from Kelowna’s Andrew Cristall.

Leading up to Wednesday’s game in the Interior, the other two throw-downs against the Rockets were played at Langley Events Centre. On Oct. 23, Kelowna lost to Vancouver 2-0, followed by a 7-2 beating by the Giants on Oct. 29.

Next up, the Giants take on the Prince George Cougars on Friday night on home ice in Langley, the puck drops at 7:30 p.m. It’s followed by another home-ice game Saturday, Nov. 6, starting at 7 p.m., against Portland Winterhawks.

Tickets for the games are available online.

GAME BY THE NUMBERS

VAN – 53 seconds into the game, Damian Palmieri recorded his first career WHL goal. It came in close at the left side of the net off a slick passing sequence with Zack Ostapchuk, Ty Thorpe and Fabian Lysell.

KEL – At 2:32, Steel Quiring tied the game for Kelowna when he deflected home a Nolan Flamand feed. Andrew Cristall had the second assist.

KEL – 38 seconds later at 3:10, Jake Lee scored his first of two on the night for Kelowna, off a shot from the right-wing circle. Andrew Cristall had the lone helper.

KEL – The Rockets made it 3-1 at 7:16 when captain Tyson Feist converted from the slot off a failed Giants clear.

VAN – Payton Mount countered for the Giants 40 seconds later when he knocked home his own rebound past Rockets starter Colby Knight. Justin Sourdif and Damian Palmieri helped set it up.

VAN – Then at 14:55, Connor Horning snatched his second point of the period with a goal of a low shot from the left-wing circle. Horning’s third goal of the season was set up by Adam Hall and Justin Sourdif, and chased Colby Knight from the Kelowna net.

VAN – 12:43 into the middle frame, Zack Ostapchuk snuck past the Kelowna defence, took a feed from Fabian Lysell, and tucked home his first of the season past the left pad of Cole Tisdale.

KEL – 50 seconds later, Noah Dorey moved Kelowna back within one off a power play strike from the point. Dorey’s first of the season was assisted by Tyson Feist and Nolan Flamand.

VAN – 3:21 into the third, Ethan Semeniuk restored the Giants two-goal lead when he whacked home a centering pass from Ty Halaburda for his second goal of the season.

KEL – At 9:36, Turner McMillen struck for Kelowna, moving the score to 6-5. McMillen’s goal came courtesy of a Nolan Flamand rebound.

KEL – Then with 39 seconds remaining, Jake Lee tied the game from the left-wing on the power play. Lee’s second of the evening was set up by Colton Dach and Nolan Flamand.

KEL – Andrew Cristall cemented the victory for Kelowna at 2:09 of the overtime period off the rush from the left-wing circle. Cristall faked a pass to his right before slipping a low shot through the legs of Jesper Vikman and home for his second goal of the season.

– So far this season the Giants have earned five of six available points from the Kelowna Rockets, going 2-0-1-0 against them in a string of three consecutive games.

– Justin Sourdif (2A) recorded his fourth multi-point game of the season for Vancouver.

– Wednesday’s game in Kelowna was game 100 for Tanner Brown. Brown finished the night with a goal – His first of the season.

Learn more about the Giants on the team website. 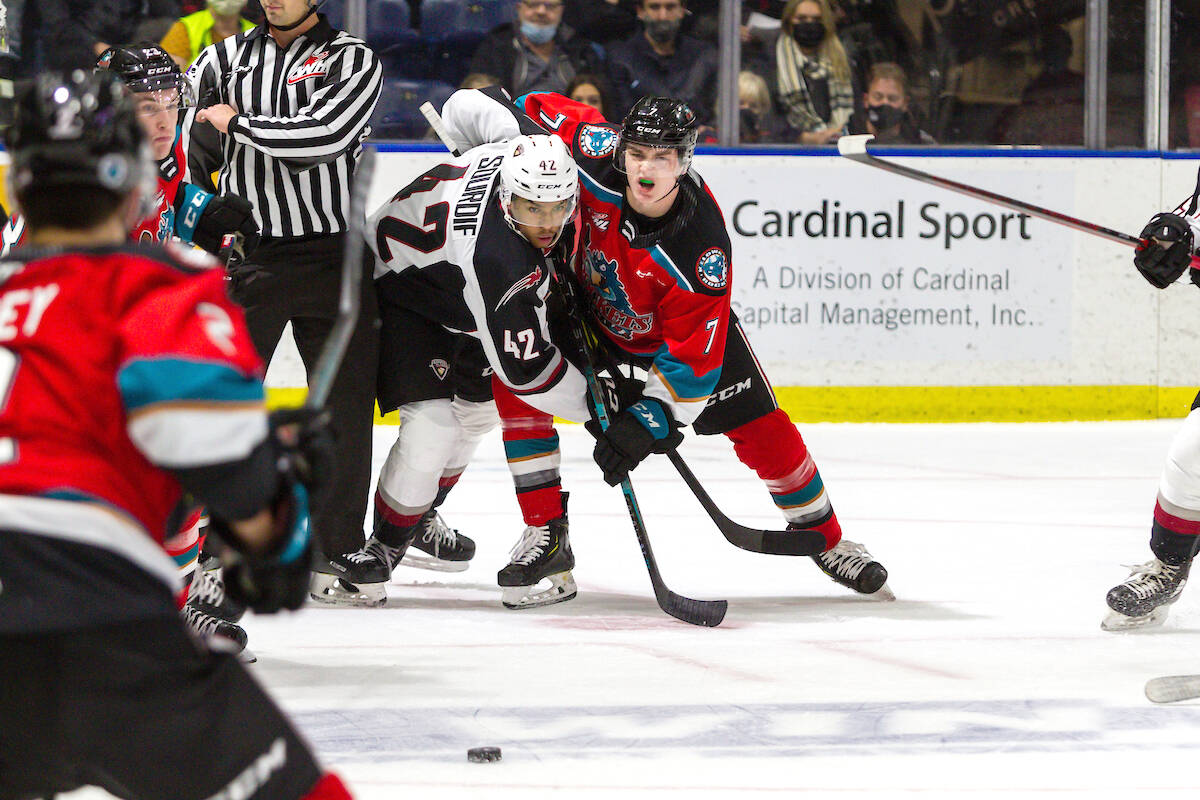 Surrey’s Justin Sourdif battles for the puck Wednesday in a game between his Vancouver Giants and the Kelowna Rockets. G-Men lost 7-6 in overtime. (Steve Dunsmoor/Special to Langley Advance Times) 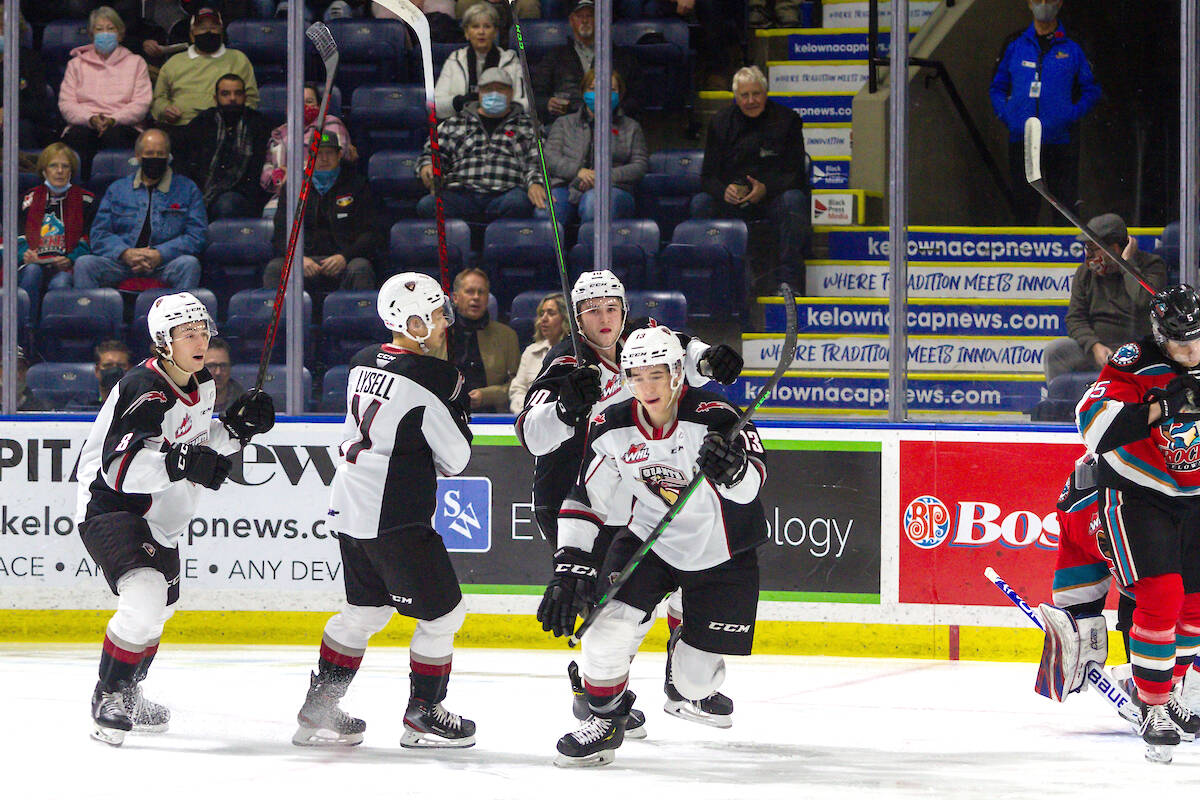 Vancouver Giants lost to Kelowna Wednesday in overtime, 7-6. It was their third matchup in a row, and the first time the G-Men lost in that trio of games. (Steve Dunsmoor/Special to Langley Advance Times)