After getting his feet wet with the Vancouver Giants last season, Bowen Byram is ready to take the plunge as a full-time player.

Byram played in Abbotsford with the Yale Hockey Academy in the Canadian School Sport Hockey League midget prep division. Despite being a first-year midget player, he excelled, winning the league’s top defenceman award after putting up 29 points in 20 games.

He also played a total of 11 games with Vancouver as an under-age player and while he didn’t find the score sheet in his short stint, it was an invaluable experience for the now 16-year-old as he gets set for his rookie Western Hockey League season.

“I’d say the biggest thing that I gained was learning how to think at that high level and being able to compete with the pace of play that the guys play at,” Byram explained.

“(And) it just makes me more comfortable, not just on the ice, but in the room with the guys.”

Defence is not always the easiest position for a young player, especially considering some of the forwards could be out looking for a highlight reel hit.

Byram relishes the challenge however, taking pride in being elusive.

“I guess it is fun because you have these guys hunting you down, but you can use evasive moves to get away from them,” he explained.

While Byram didn’t begin his minor hockey days on the blue-line, it should come as little surprise he wound up in that position.

Back in novice hockey, he would start his shift as a centre but by the time he went off for a line change, was playing defence.

“I was just played whatever the team needed,” Byram explained. “And one year during spring hockey, they were short defence so my dad made me play defence and I stuck with it ever since.”

The move has paid off.

The Giants picked the Cranbrook native in the first round of the 2016 Western Hockey League bantam draft taking the smooth-skating blue-liner third overall, the top defenceman selected.

And while Byram may be known for his effortless stride and smooth skating, the six-foot, 176-pound defenceman isn’t afraid to get physical on the ice, patterning his game after Los Angeles Kings superstar Drew Doughty.

“A two-way defenceman who has a bit of a temper on the ice and is not afraid to get dirty if he has to,” Byram said in describing his game.

“He can skate and he can move pucks,” McKee explained.

“He processes the game extremely well (and) his decision making is very good.”

The Vancouver coaching staff are not the only ones who have taken notice.

Byram is being touted as top prospect for the 2019 NHL entry draft and this past summer, Hockey Canada invited Byram to a Hockey Canada camp in Calgary.

He was among the 111 players invited to the under-17 development camp. From that list, 66 will make rosters for the three Canadian sides who will compete at the 2017 World U17 Hockey Challenge.

“(The camp) was a really great experience,” Byram said.

“It was really tough. They worked us hard and pushed us to our limits.

“They taught us not only good skills about hockey to improve (our game) but they worked on improving everybody as a person.”

With a potential Hockey Canada roster spot on the back burner, Byram is focused on sticking with Vancouver and making an impact.

“I think I can impress them with my whole game,” he said. “I’ve really worked on my defensive game and I’ve also worked on my offensive game, so I’m pretty excited to show them my complete game and (prove) that I can play at a level they’re looking for me to compete at.”

— with files from Brad McLeod/Black Press 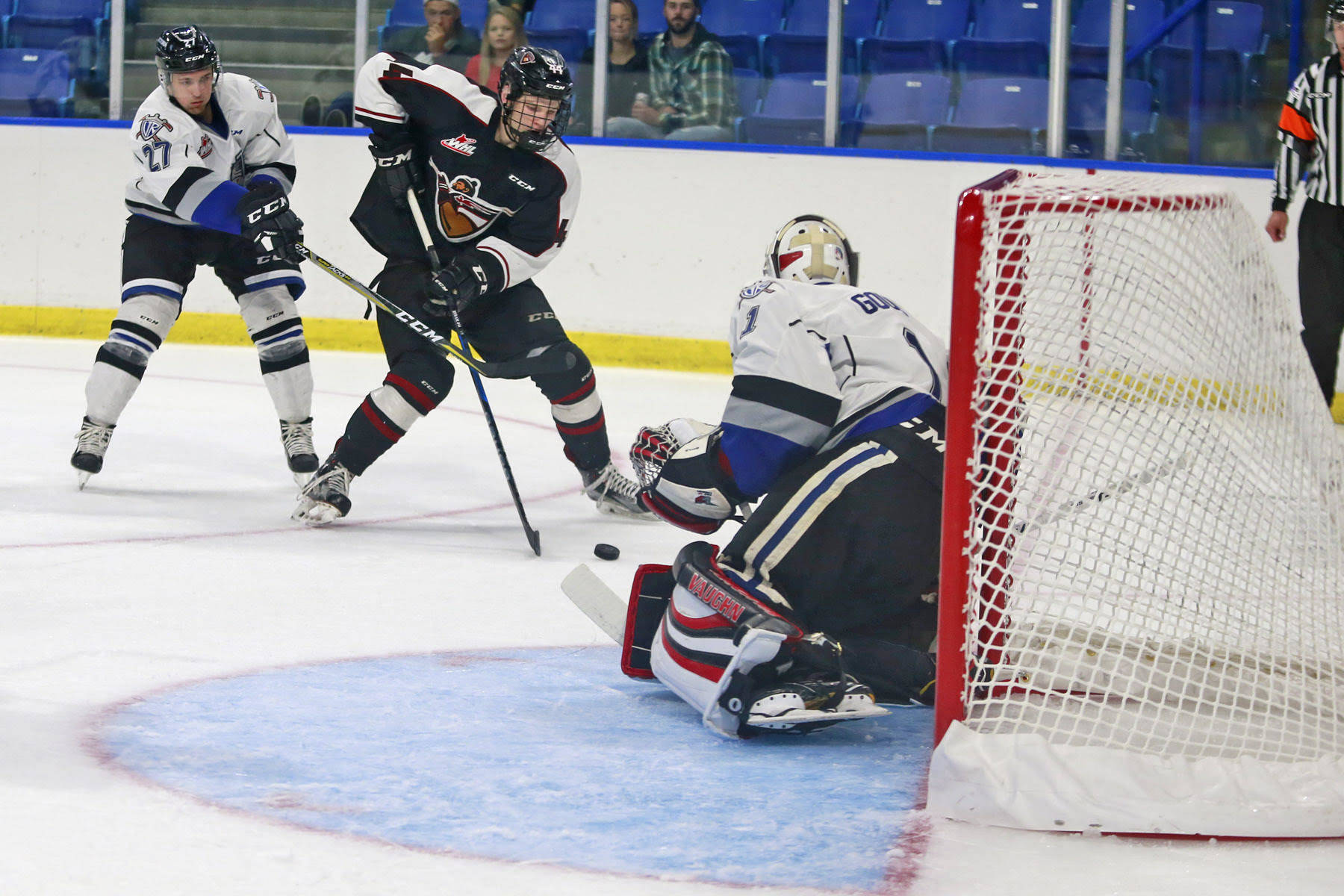