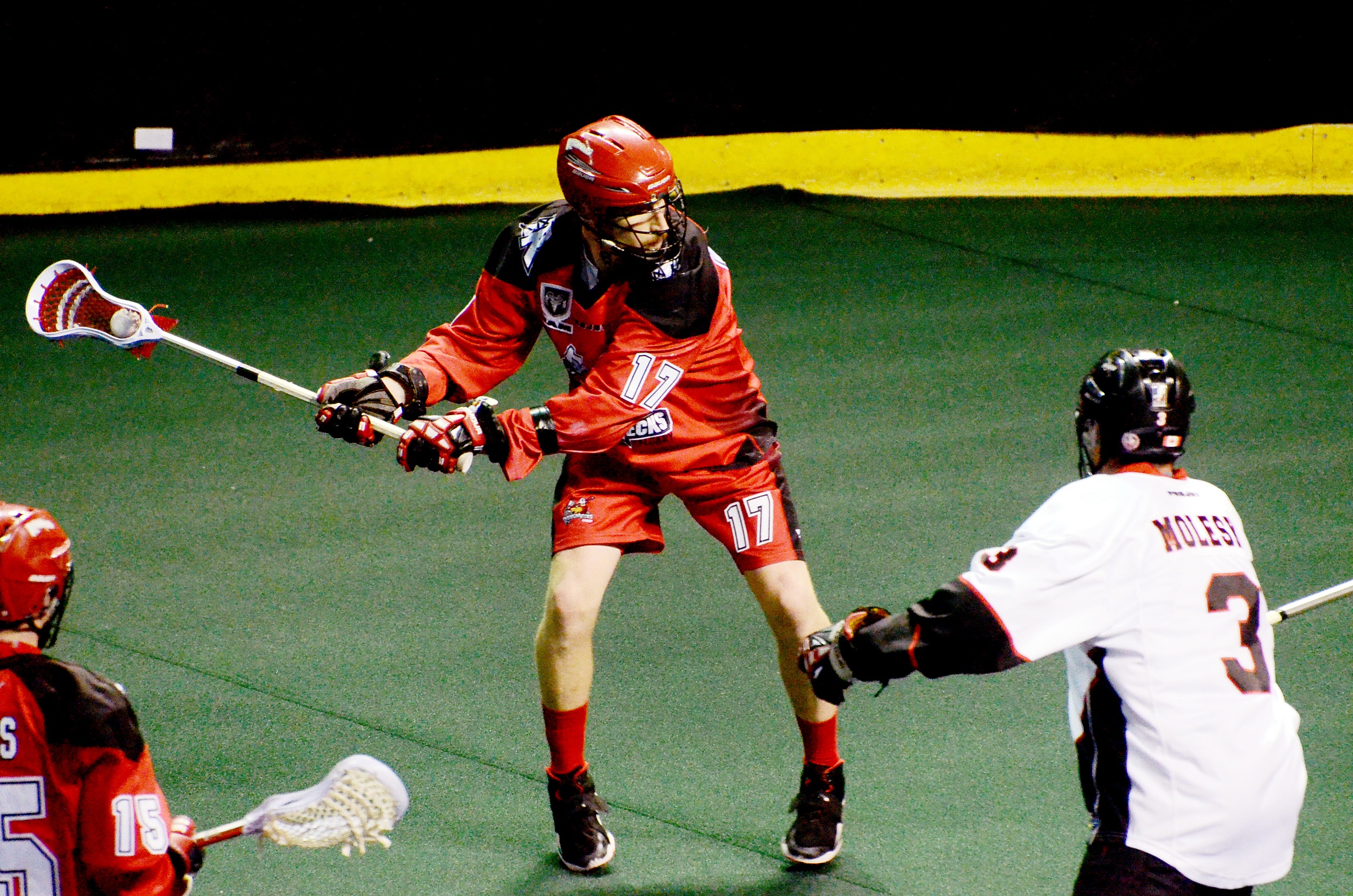 A year removed from their appearance in the National Lacrosse League title game, the Vancouver Stealth are searching for answers about what exactly went wrong.

Amid much promise and hoopla, the Stealth relocated to Langley from Everett, Wash., over the summer, marking pro lacrosseâ€™s much anticipated return to B.C. after a decade-long absence.

But injuries to key players and sub-par performances pretty much across the board turned what looked to be a promising season into a 4-14 train wreck.

The Stealth went winless in April and ended their season on a five-game losing streak.

After a 2-1 start, the Stealth went on to lose 13 of their final 15 games of the campaign.

And after drawing a near full house of 5,031 to their home opener, fan support was tepid.

The Stealth averaged 3,590 fans per home game in an LEC arena bowl that has the capacity of seating roughly 5,500.

Thatâ€™s the lowest average attendance in the nine-team NLL.

Saturdayâ€™s season finale â€“ a 14-8 blowout loss at the hands of the Calgary Roughnecks â€“ drew 3,443 bodies into the arena bowl for Fan Appreciation Night.

To their credit, the fans were loud and enthusiastic the odd time the Stealth showed some moxie.

In the end, scoring chances came far too easy for the Roughnecks (12-6), with Shawn Evans, Dane Dobbie, and Curtis Dickson all registering hat tricks.

However, even though the Stealth were already eliminated from the playoffs, it didnâ€™t take much for the players to get motivated for the game.

â€œThose are our two biggest rivals in this league and the last three or four years weâ€™ve faced them in the playoffs,â€ Stealth veteran Mike Grimes said. â€œSo to tell you the truth itâ€™s really not that hard to get up and play them, we wanted to get this one. Calgary and Edmonton are both strong and theyâ€™re going to make a push for the Championâ€™s Cup this year.â€

With Saturdayâ€™s loss to the Roughnecks, the Stealth finished the season 0-7 against their two Alberta rivals.

The Roughnecks swarmed the Stealth in the early going and took a 6-1 lead midway through the second quarter.The Stealth showed signs of life in the second stanza and trailed 8-4 at the break.

The Roughnecksâ€™ special teams were the difference maker in the first half, scoring two shorthanded goals to go along with a trio of power play goals.

The Roughnecks cashed in on four of their eight power play opportunities, as they took advantage of some undisciplined play by the Stealth.

The second half was a similar result that the Stealth have been far to used to seeing, as they once again struggled to find their offence.

Meanwhile, Dobbie broke Stealth forward Lewis Ratcliffâ€™s single season goals record of 50, as he finished the season with one better at 51.

The Roughnecks will now host the Colorado Mammoth in the first round of the playoffs next weekend with the winner moving on to play the Edmonton Rush in the Division final.

As for the Stealth, itâ€™s going to be a long off-season of re-tooling.

Grimes said the team needs to be more cohesive to be successful.

Friday at Rexall Place in Edmonton, the host Rush doubled up on the Stealth.

With the win the Rush swept the season series with the Stealth, winning all three games.

The Rush struck early when Curtis Knight found the net just 32 seconds into the game.

The game remained close through the first half of the second quarter, until the Rush took over by scoring four unanswered goals to finish the half. The Rush led 8-4 at the half and had outshot the Stealth 29-21.

The second half became a defensive battle with both teams failing to score in the third quarter, as both goaltenders stood tall.

Richards made another 14 saves for the Stealth in the third quarter, but once again the Stealthâ€™s offence struggled to give him any goal support.

The final quarter mirrored the second in terms of defensive play, with the Rush out-scoring the Stealth 2-1 to cap the scoring.

The Rushâ€™s Aaron Bold stopped 40 of 45 shots in another impressive outing for the veteran goaltender. Bold finishes the season with a goals against average of 8.73 which is now a new NLL record.

There were a couple bright spots on the night for the Stealth, as Bradley Kri looked solid defensively in just his second game with the team, after being traded from Toronto.

Kri had six loose balls and one forced turnover on the night.

Richards also seemed to regain some confidence in the Stealth net, stopping 35 of 45 shots in a losing effort.

FINAL BUZZER: Stealth 2015 season tickets prior are now on sale. Purchase before May 28 to get their priority seating for 2014 Grey Cup. Season tickets start at $99. Visit stealthlax.com for details.