The game of rugby has changed a lot since David Secord started playing 50 years ago.

“It’s not as rough as it was,” said Secord, a member of the very first Langley Rugby Club team.

“In our games, you’d turn around and there would be a line of players lying on the field and [from that] you could tell which direction the ball had gone,” Secord laughed.

Doug Hughes, a member of the same team, said the changes have been for the better.

Secord and Hughes were among many former players who attended Alumni Day at the club on Saturday, April 13.

When the club was formed, games were played on borrowed fields in borrowed uniforms, they recalled.

“We played on a high school field,” Hughes said.

“Our jerseys were football jerseys. We didn’t have a lot of money.”

Secord recalled an abrupt transition into the sport.

“My football coach said to me I should play rugby, so I came out [one] day to watch and he stuck me in the game,” Secord said.

“Then I went to see the men’s team play on the weekend and I played in that game, too. I went from not knowing rugby, to being on the men’s team, all in a space of two days.”

Secord and Hughes joined four other former members for a photo with their original team picture.

For Alumni Day the club hosted a series of games, including two that pitted the two Langley senior men’s teams against visiting clubs from Richmond and Kamloops.

Richmond ended the season for the Langley Division 3 men with a 15-10 loss, while the Division 2 team obtained a spot in the provincial semi finals by defeating Kamloops 23-14.

Alumni Day was part of a series of events held to mark 50 years of play at the club.

Langley Rugby Club chair Brian Anderson said there are plans for a June 1 gala that is expected to draw former players from overseas.

Since the Langley Rugby Club was founded in 1969 , it went on to purchase and develop the playing field that has been the club home for almost 30 years.

Today, the club runs many teams including minis (5 years and up), junior boys and girls, women, and two squads of senior men.

The club motto is “Respect All, Fear None, Expect Victory.” 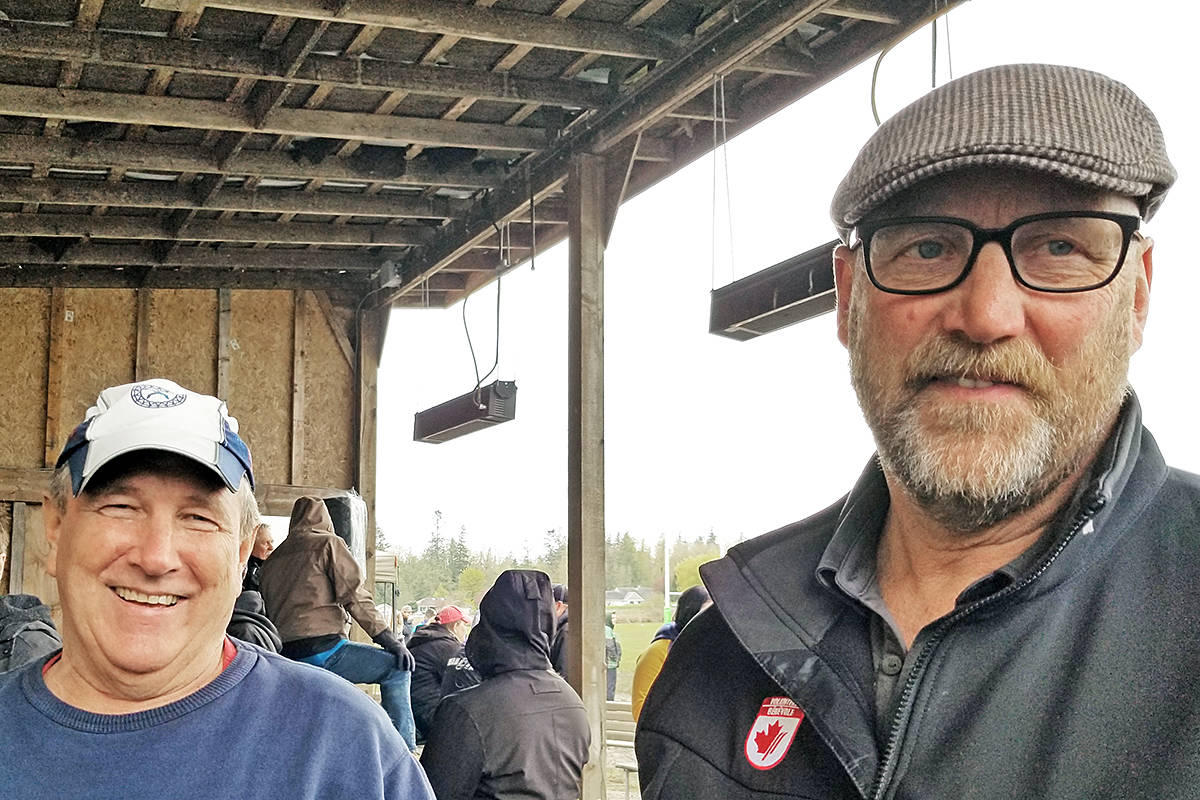 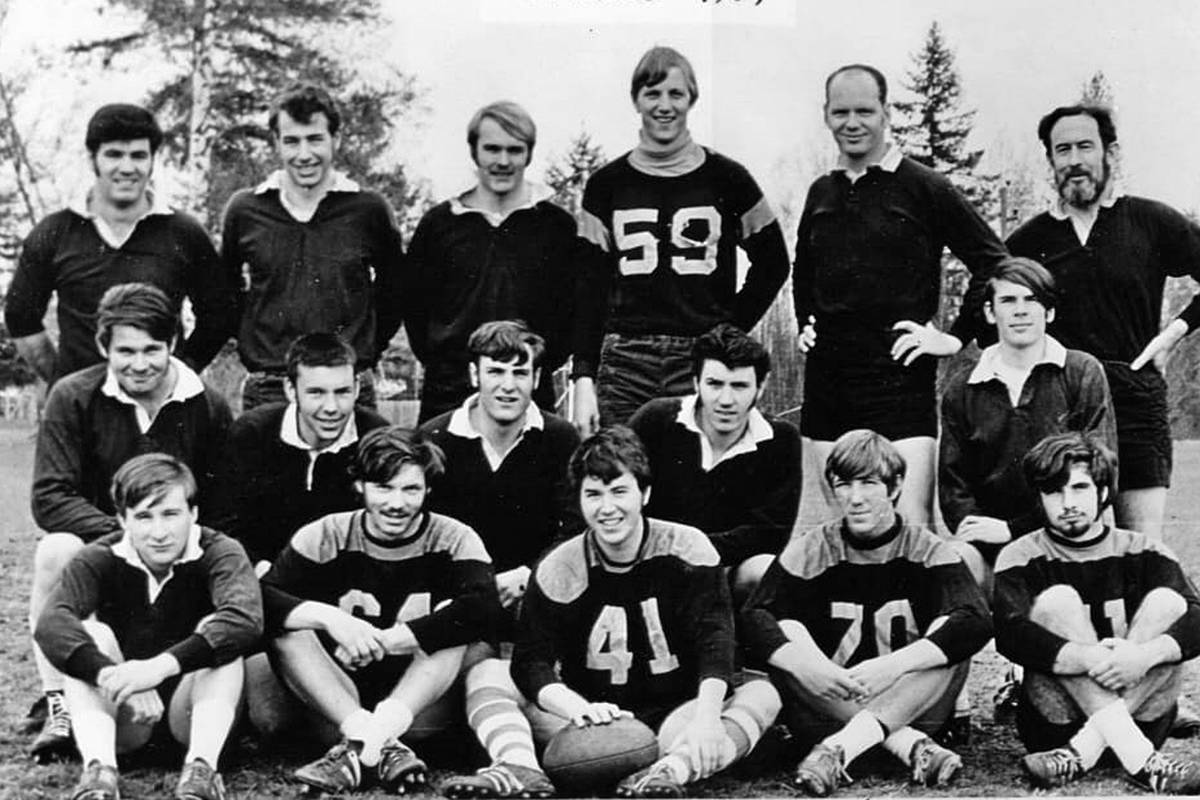 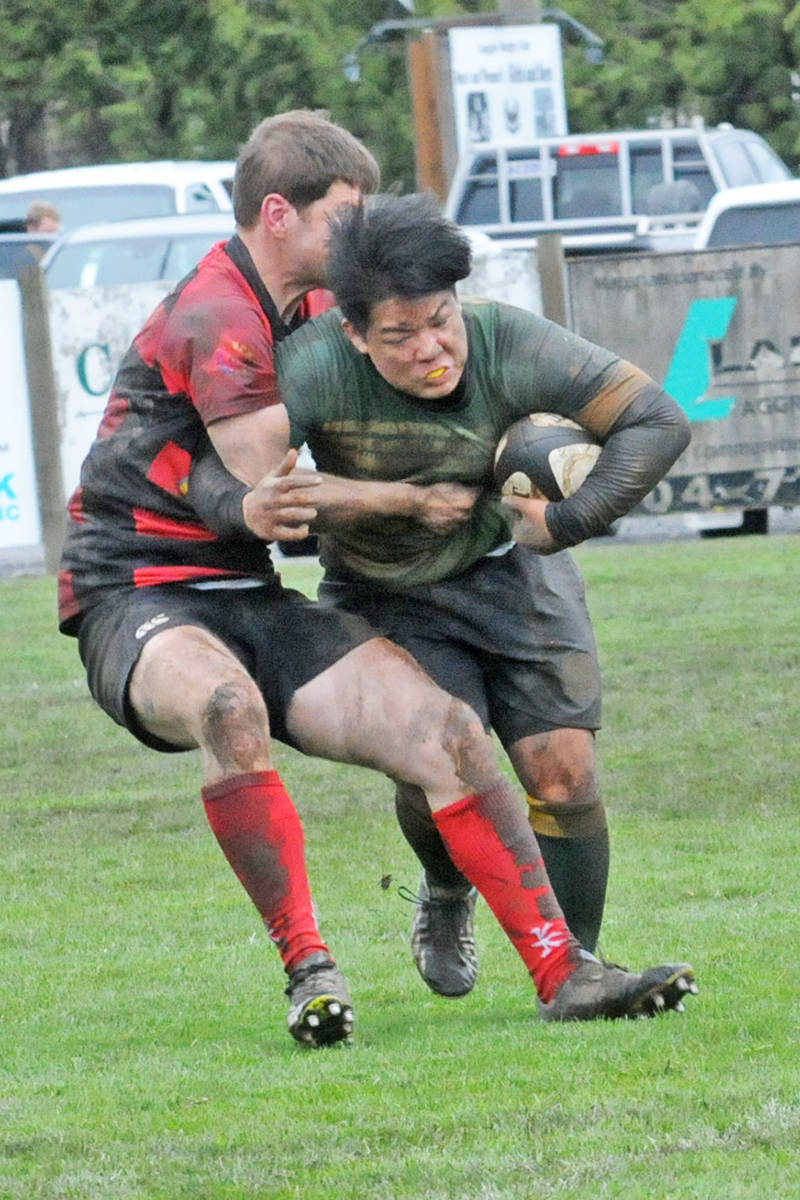 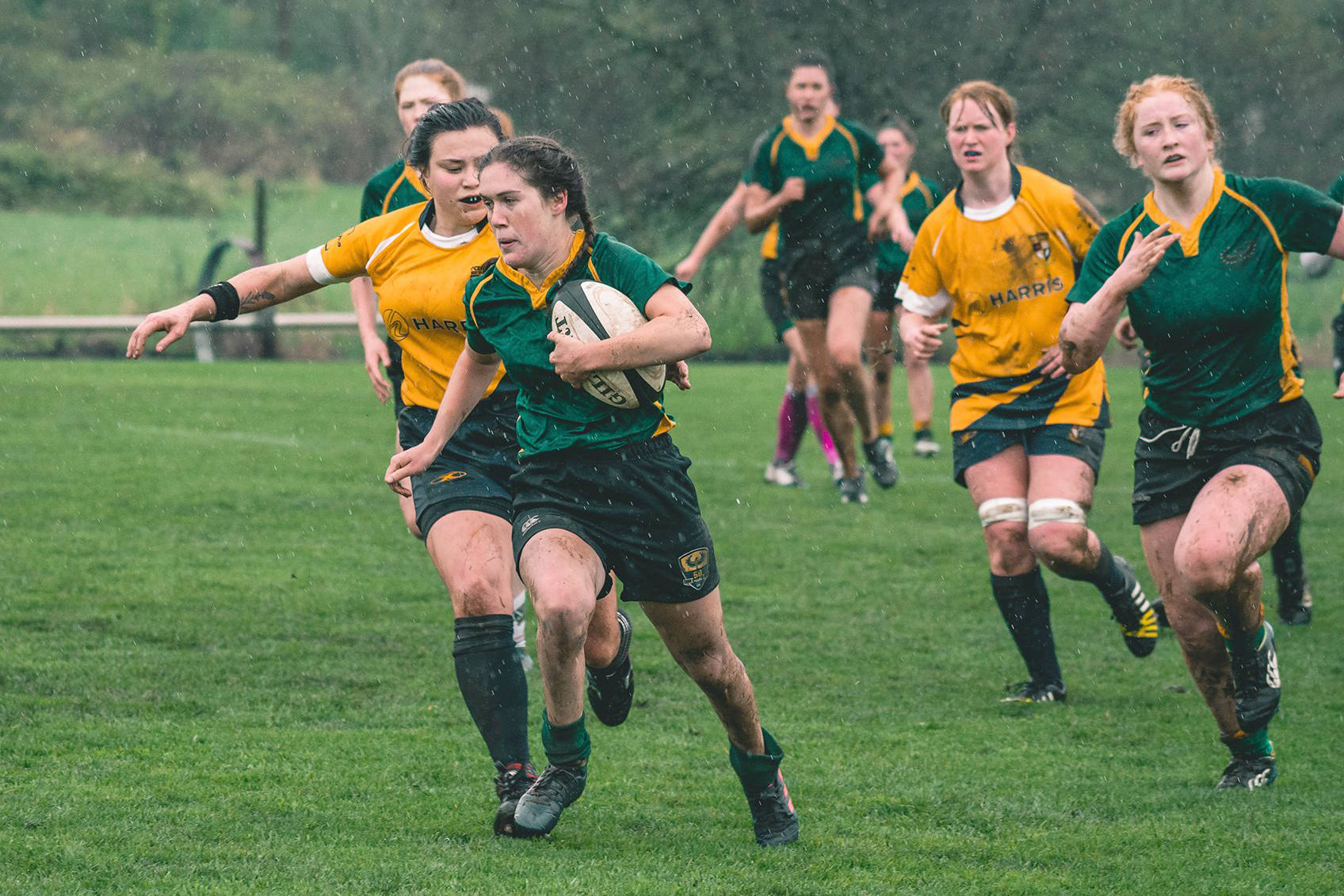