The Credo Christian Kodiaks had what could have been a momentum-turning 30 seconds.

Trailing by 10 points in the latter stages of the third quarter, the Kodiaks hit one three-pointer, stole the ball on the ensuing possession and then drained another three-pointer, drawing a foul in the process.

And while they did not sink the free throw, they had cut the lead to four points, trailing Heritage Christian 44-40 after three quarters of the BC boys 1A semifinal game at the Langley Events Centre’s centre court on Friday.

But the top-seed Kodiaks went cold to start the fourth quarter, going scoreless for the opening 4:10 while the Saints rattled off eight points to build up a double-digit lead they would not relinquish, winning 67-50.

The fourth-seed Saints — the Kelowna school won bronze at provincials in 2017 — now face the No. 6 Bulkley Valley Christian Royals from Smithers in Saturday’s championship final.

The game will be played at the LEC’s arena bowl with a 1:30 p.m. tip-off, the first of four championship finals on the court.

The Kodiaks face the Similkameen Sparks in Saturday’s bronze-medal game at 10 a.m.

The two teams were the top two seeds entering provincials.

Credo had a good start to the semifinal game as they led 18-10 after one quarter. But the Saints seized control in the second, outscoring the Kodiaks 23-11 for the slim half-time lead.

The team also did not do themselves any favour, turning the ball over 30 times.

Josh Allison led the Kodiaks with 19 points, including four three-pointers, and 10 rebounds, while Will Dykstra had 11 points and eight rebounds.

The Saints had a much more balanced attack as Jordan Nenasheff, Isaac Opuama and Sam Bell each had 14 points.

In the other semifinal, Bulkley Valley was up 40-38 at the half but exploded for 26 points in the third quarter to build a double-digit lead they never relinquished in the 79-63 victor

The Sparks had no answer for Royals big man Samyon Loki who had 44 points and 21 rebounds.

Similkameen was led by 20 points and 12 rebounds from Corbin Marsden. 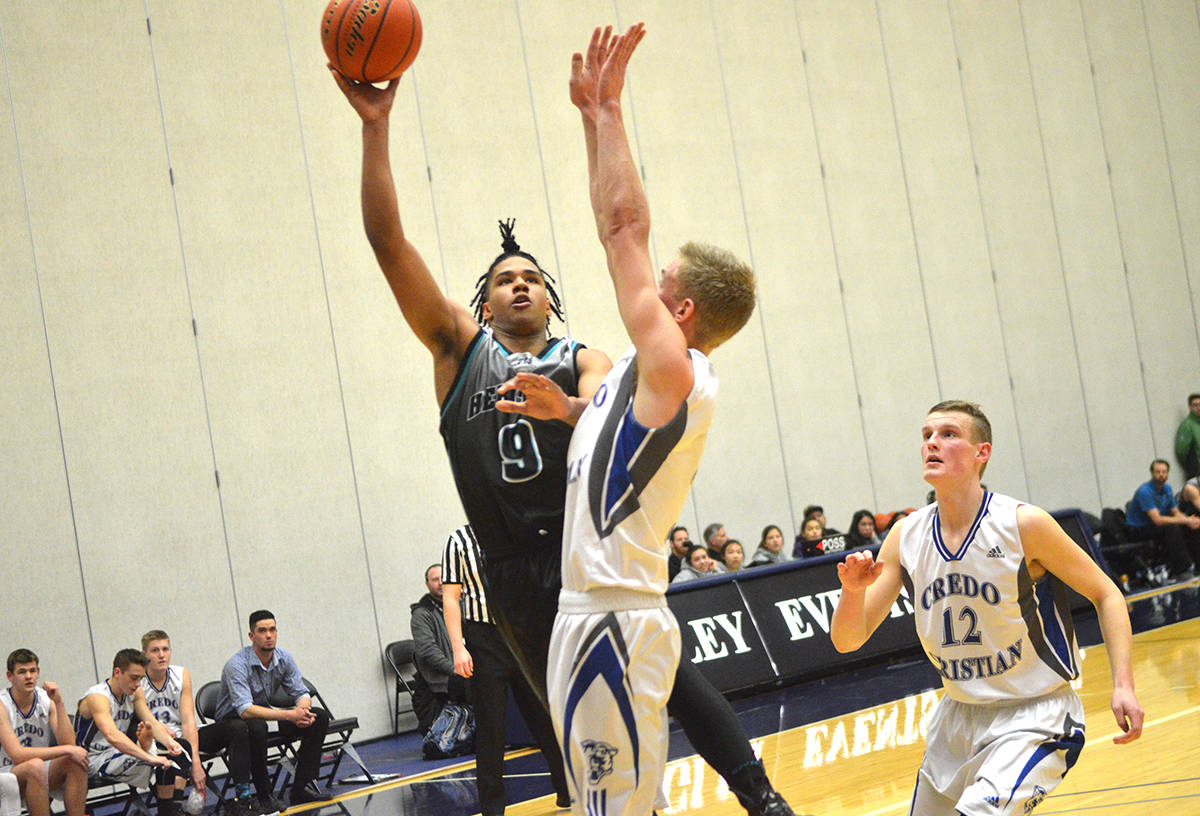 Heritage Christian’s Isaiah Akurienne goes up for the shot against Credo Christian during the BC boys 1A semifinals. Gary Ahuja Black Press 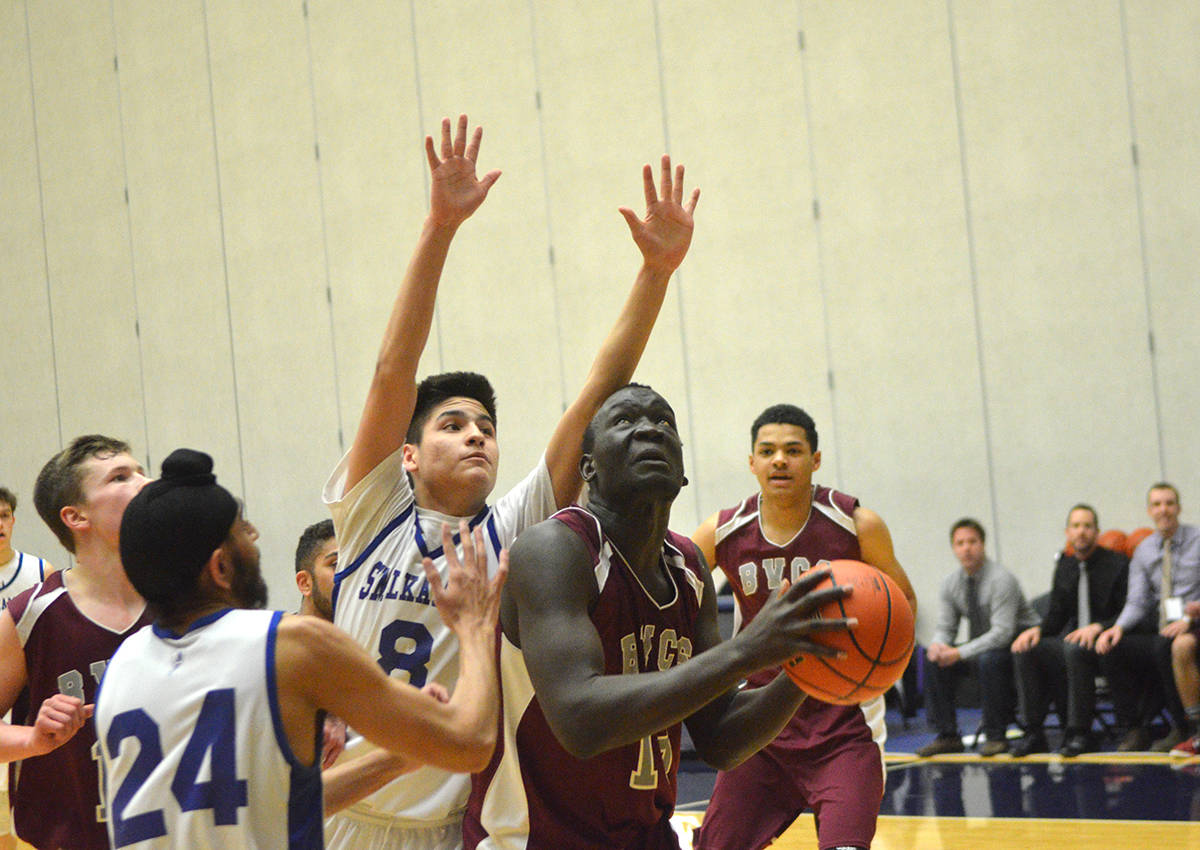