Despite racking up an early lead with two back-to-back goals in the first period, the Salmon Arm Silverbacks couldn’t make the push to close the game against the Langley Rivermen in overtime.

The opening period of the Nov. 28 game in Salmon Arm was a high-energy one for the crowd and the players on the ice. Langley’s Ethan Leyh opened the scoring at the five-minute mark on the power play, but it would be a short-lived lead. Silverbacks’ forward Justin Wilson made the reply just over a minute later, and as the crowd was still in a frenzy, 40 seconds later Matthew Verboon followed it up with a second goal.

The remainder of the first was scoreless, but Langley came back to even things up 2-2 early in the second, and it was back to a stalemate for a tense 15 minutes. Justin Wilson broke the tie for the Silverbacks one more time with 30 seconds left in the period, making it 3-2 for Salmon Arm going into the third.

It looked like the lead would hold, but with five minutes left in the third Langley’s Trevor Ayre brought it back to a 3-3 stalemate which held until the 20-minute mark and sent the game into overtime.

It was a nail-biter in the extra period, with plenty of back and forth around centre-ice limiting the scoring options, but the only shot that counted was one from Langley’s Ethan Leyh. His second goal of the game sealed it for the Rivermen, chalking up a loss for the Silverbacks in the process.

The Silverbacks have two more games coming up this week, one at home and one on the road. The Wenatchee Wild return to the Shaw Centre Friday, Nov. 30 and the Silverbacks are on the road the following night for yet another contest versus the Merritt Centennials. 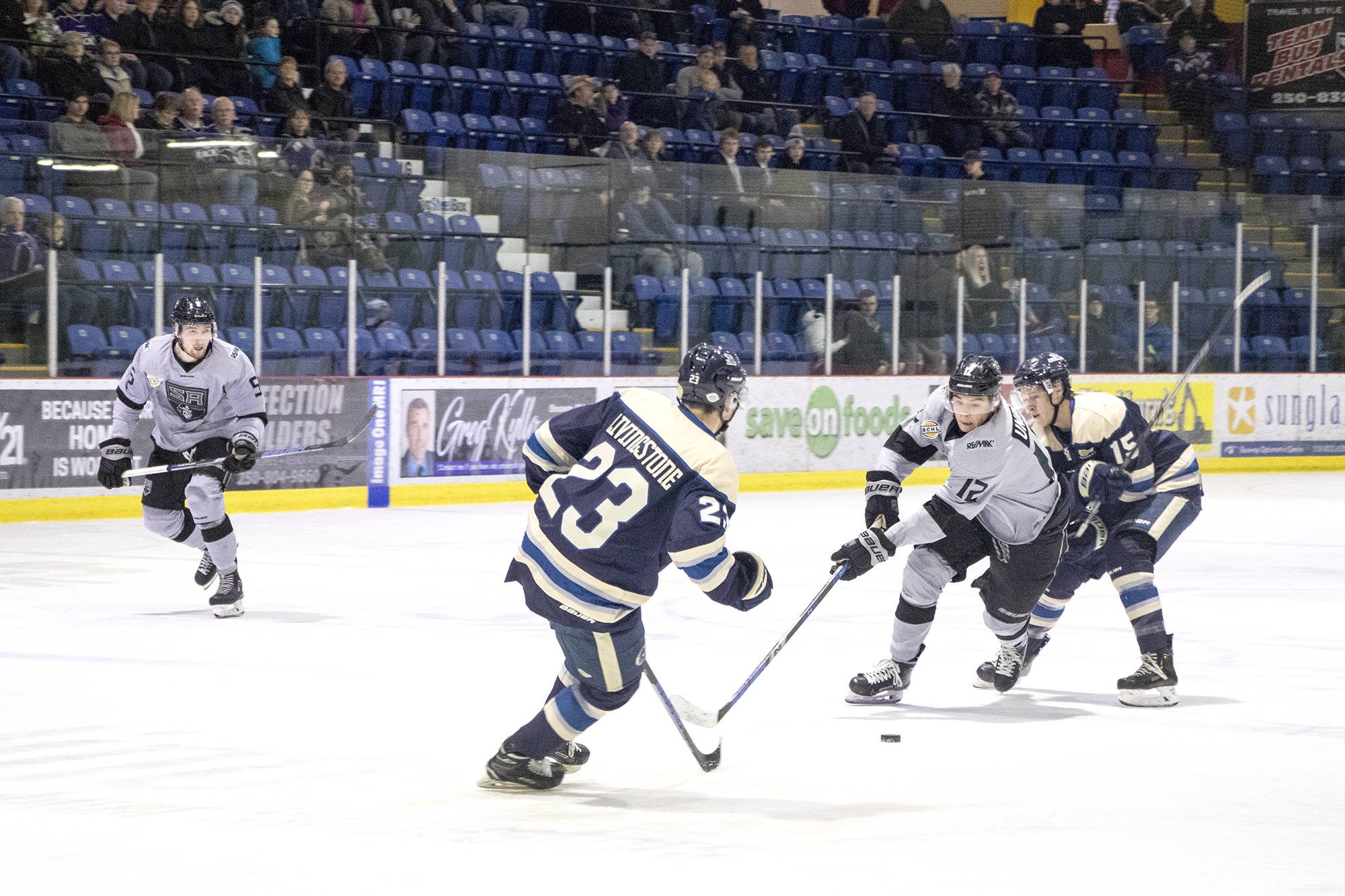 Silverbacks’ forward Nick Unruh cuts between Jake Livingstone and Daneel Lategan of the Langley Rivermen while pushing into their zone during the Nov. 28 game at the Shaw Centre. (Jodi Brak/Salmon Arm Observer) 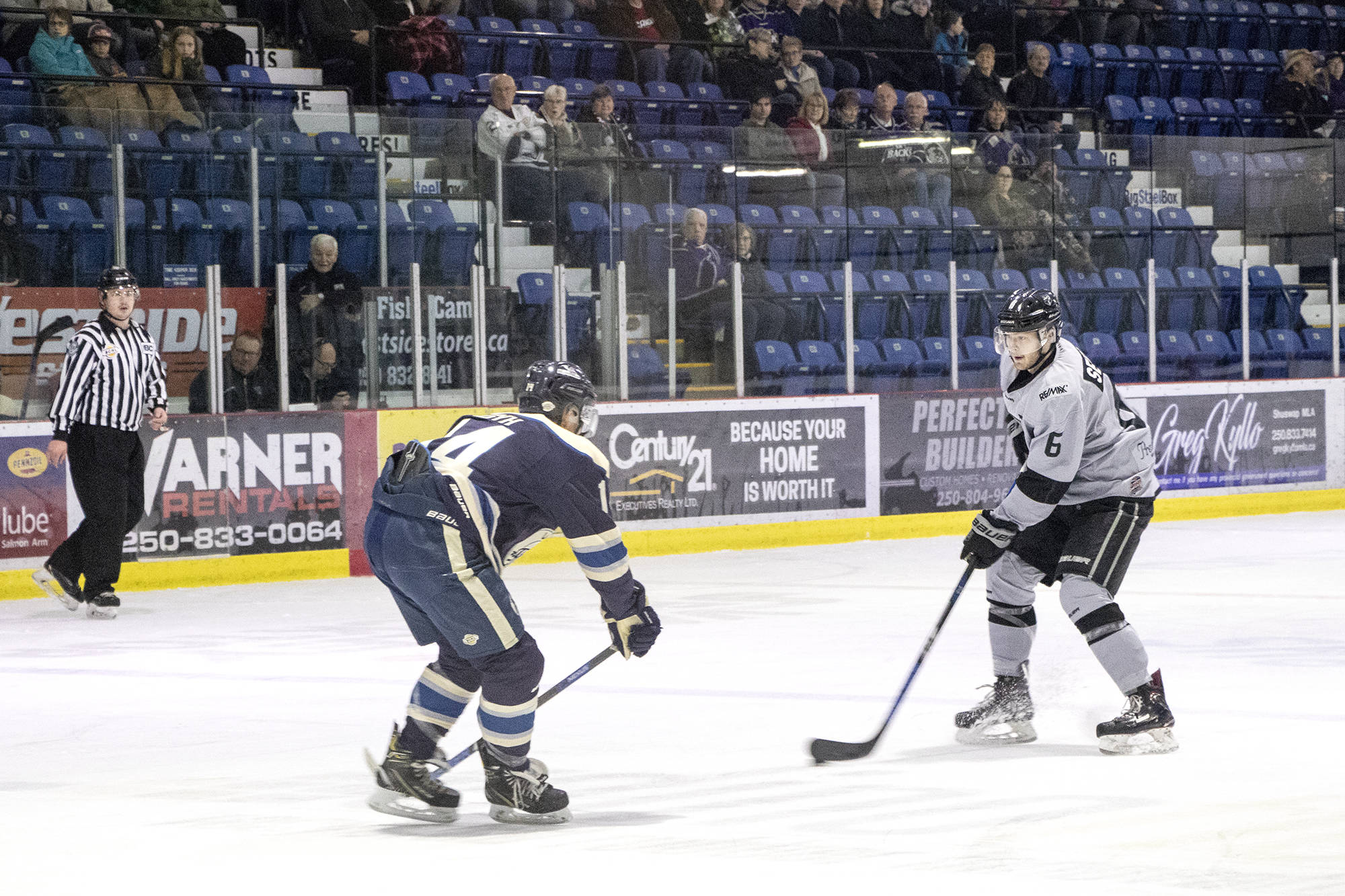 Silverbacks’ captain Sol Seibel eyes up a way to finesse around the Rivermen’s Ethan Leyh during their Nov. 28 game in Salmon Arm. (Jodi Brak/Salmon Arm Observer) 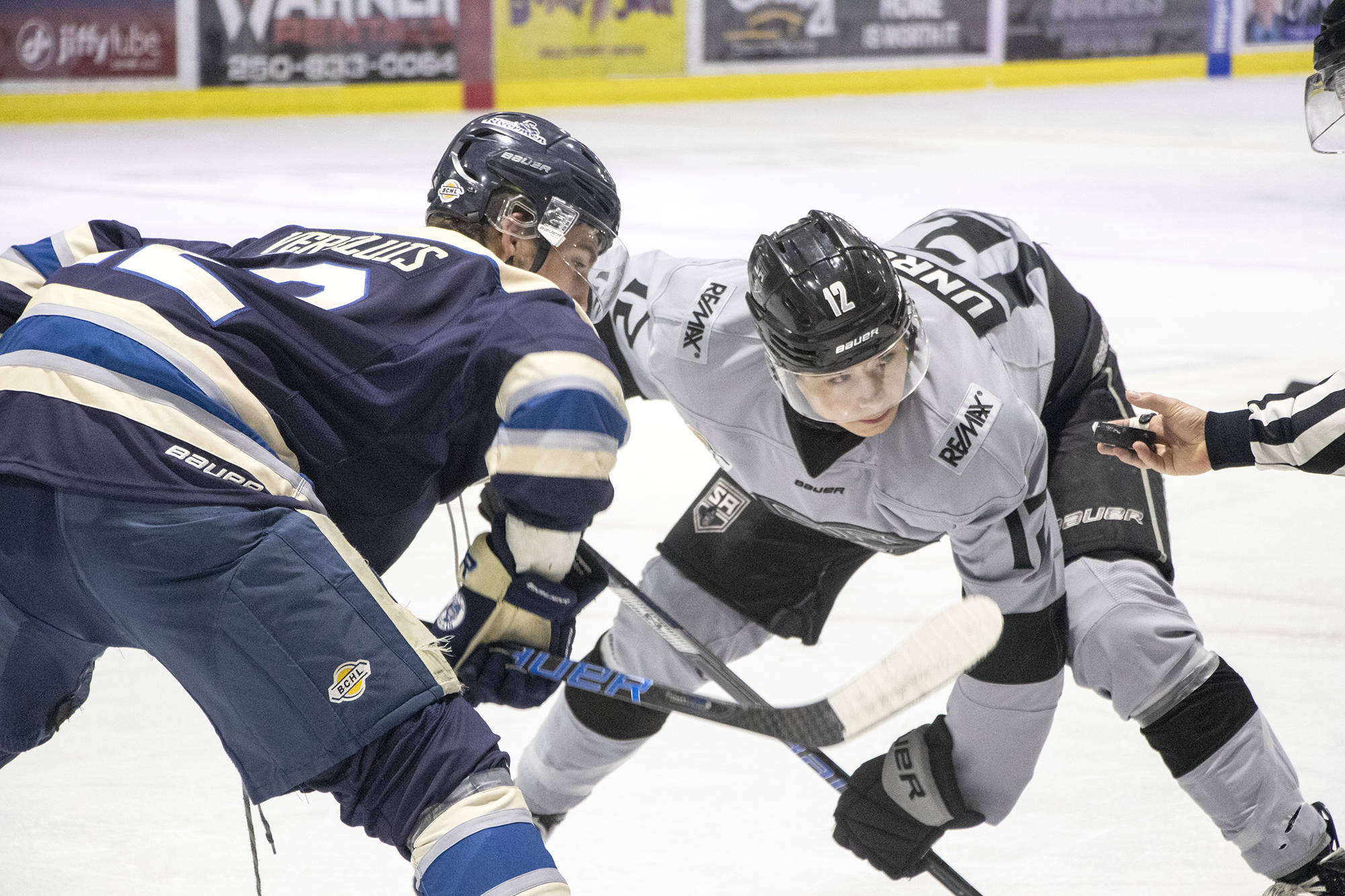 Nick Unruh of the Silverbacks hunkers down for a face-off against Tanner Versluis of the Langley Rivermen during the Nov. 28 game in Salmon Arm. (Jodi Brak/Salmon Arm Observer)

Around the BCHL: Surrey Eagles have a new head coach, again