A crowd of 1300 junior football fans took in the Ram’s 35-12 home victory over Langford’s Westshore Rebels, the top running game in the conference.

Backup quarterback Colby Peters completed six straight passes, including a 34 yard strike to game MVP Liam Stewart, who dove into the end zone from one yard out to give the Rams a 7-0 lead with five minutes remaining in the opening frame.

Rams kicker Jayden Sheilan put the Rebels on their own six yard line, setting up a safety touch-back to give the Rams a 9-0 lead with 8:21 remaining in the half.

Head coach Howie Zaron said despite the team’s victory, it was a slow start in the first half for the Rams.

“Offense came out sputtering at the start,” Zaron admitted. “Being undefeated, I think the team came out over confident and we struggled a bit.”

Zaron said a pep talk helped rally the rams to dominate with a much more aggressive offense.

“O.L. [offensive line] had some not-so-nice things to say at half time, but the team heard what they had to say and came out strong in the second half ,” Zaron said.

Early in the third, a 27 yard field goals momentarily gave the Rebels a 10-9 lead, but a touchdown set-up by Tristan Secord-Yanciw, who hit Khalik Johnson with a six yard pass to give the Rams a 15-10 lead with four minutes remaining in the third.

A 40 yard pass to Stewart set up Secord-Yanciw’s one yard plunge to make it 21-10 for the Rams.

Victory was secured after some strong running by Maximillian Joseph set up a Secord-Yanciw six yard touchdown run to give the Rams a 28-10 lead.

“The player that stood out defensively was Kyle Clarot, and offensively Liam Stewart – both did a great job holding the team together,” Zaron added.

A 20 yard touchdown run by Joseph shaped the final 35-12 score 35-12 with two minutes to go, giving the Rams reason to start celebrating their Cullen Cup win.

“We’re all getting ready and are looking forward to an even bigger crowd of fans at the game,” Zaron said. 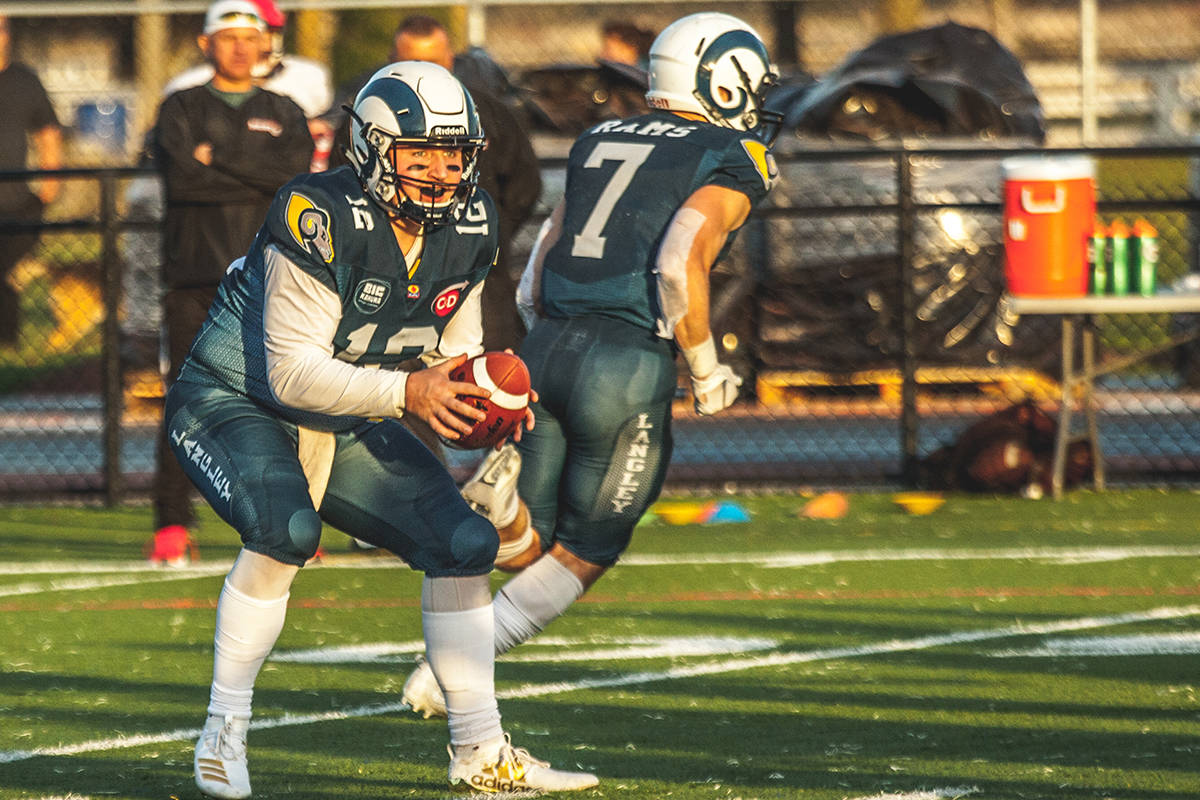 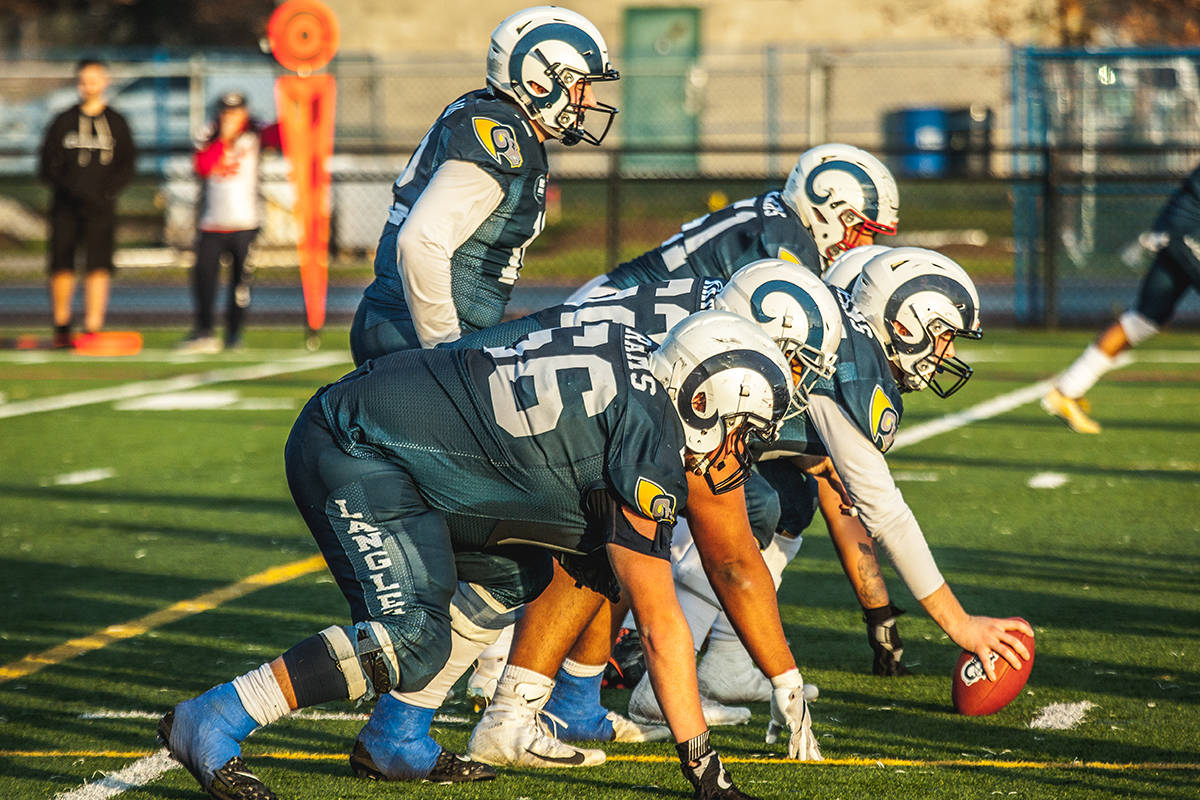