It was their third trip to the provincials and their second consecutive win.

A determined Kodiak defense managed to hold Victoria to a single converted touchdown.

Kodiaks opened the scoring on their first offensive series with a 20 yard David Wegert field goal. They widened their lead to ten points when North Langley running back Connor Hurley hit quarterback Austin Balzer in the end zone on halfback pass. The second Kodiak touchdown came on a spectacular 75 yard kickoff return by Josh Fletcher.

On defense, Fletcher and Thomas Box each had interceptions for North Langley.

Austen Benzel contributed a pair of quarterback sacks and Adam Tennent had a crucial blocked field goal at the end of the first half.

The team went undefeated for the entire season, with an 11-0 record.

“It’s the commitment of the players,” Henderson said. 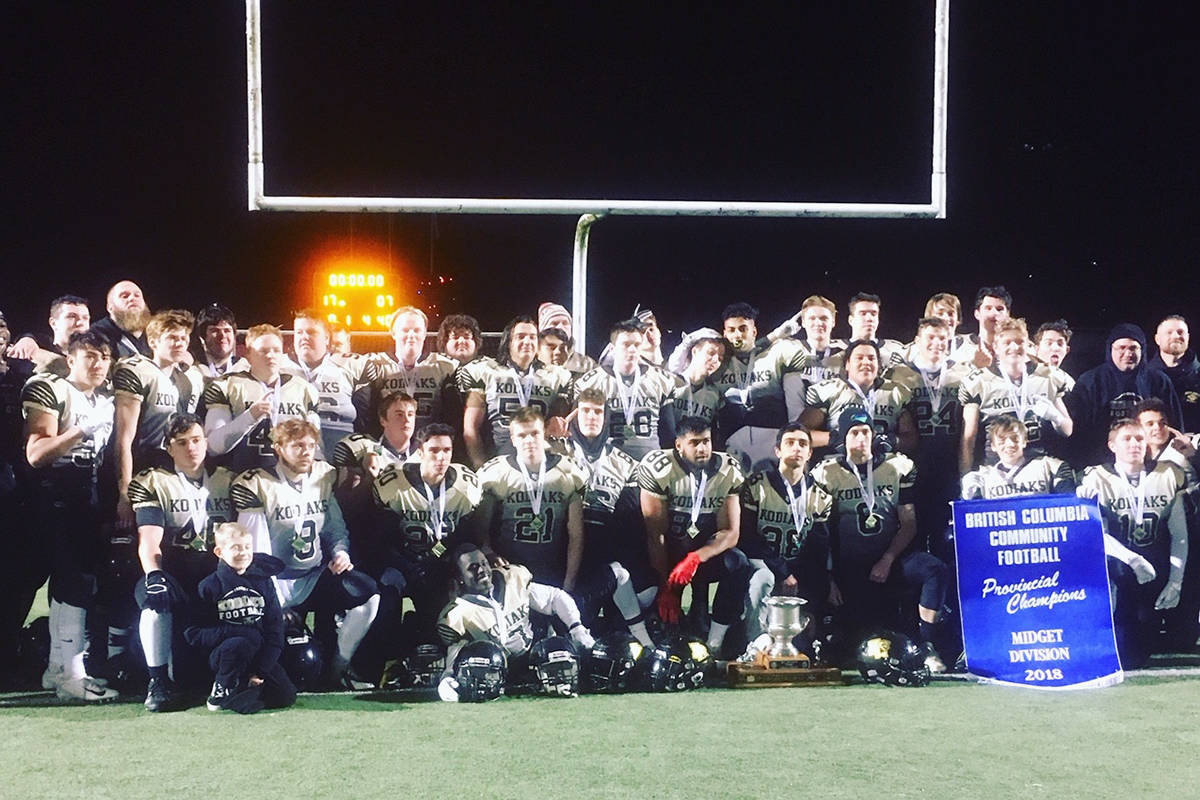 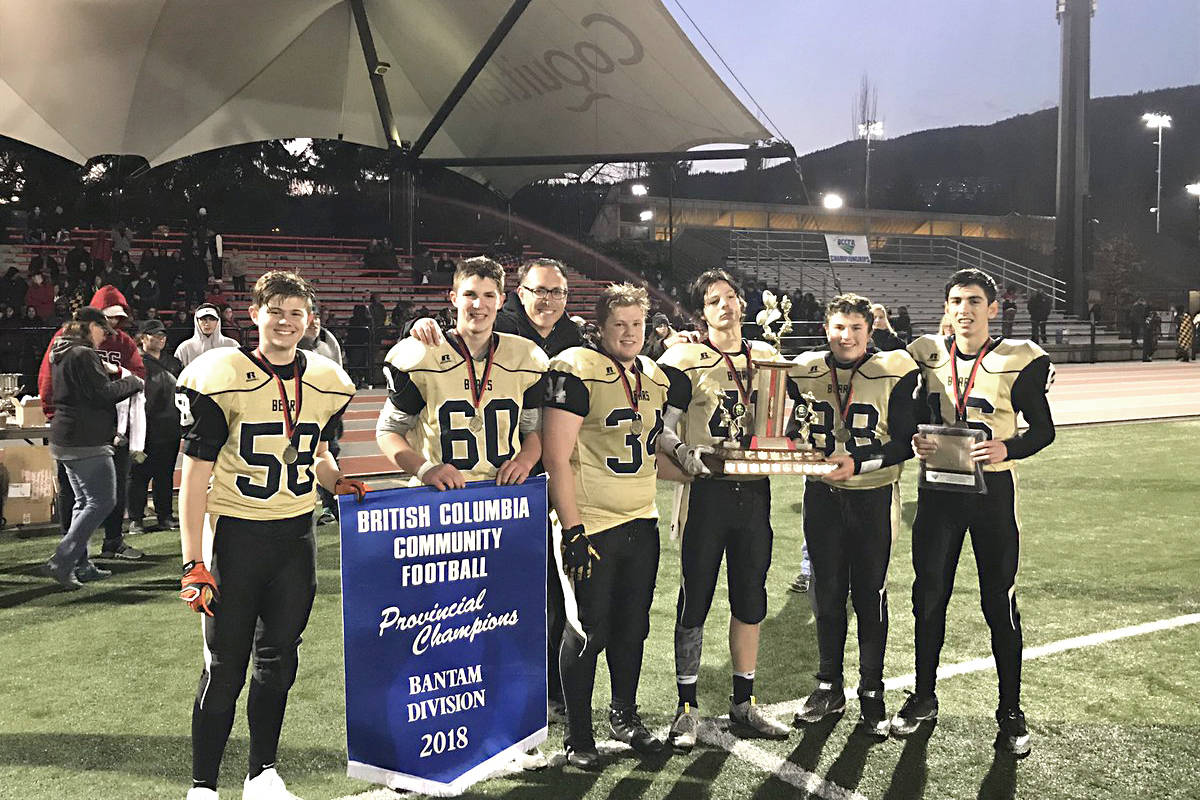