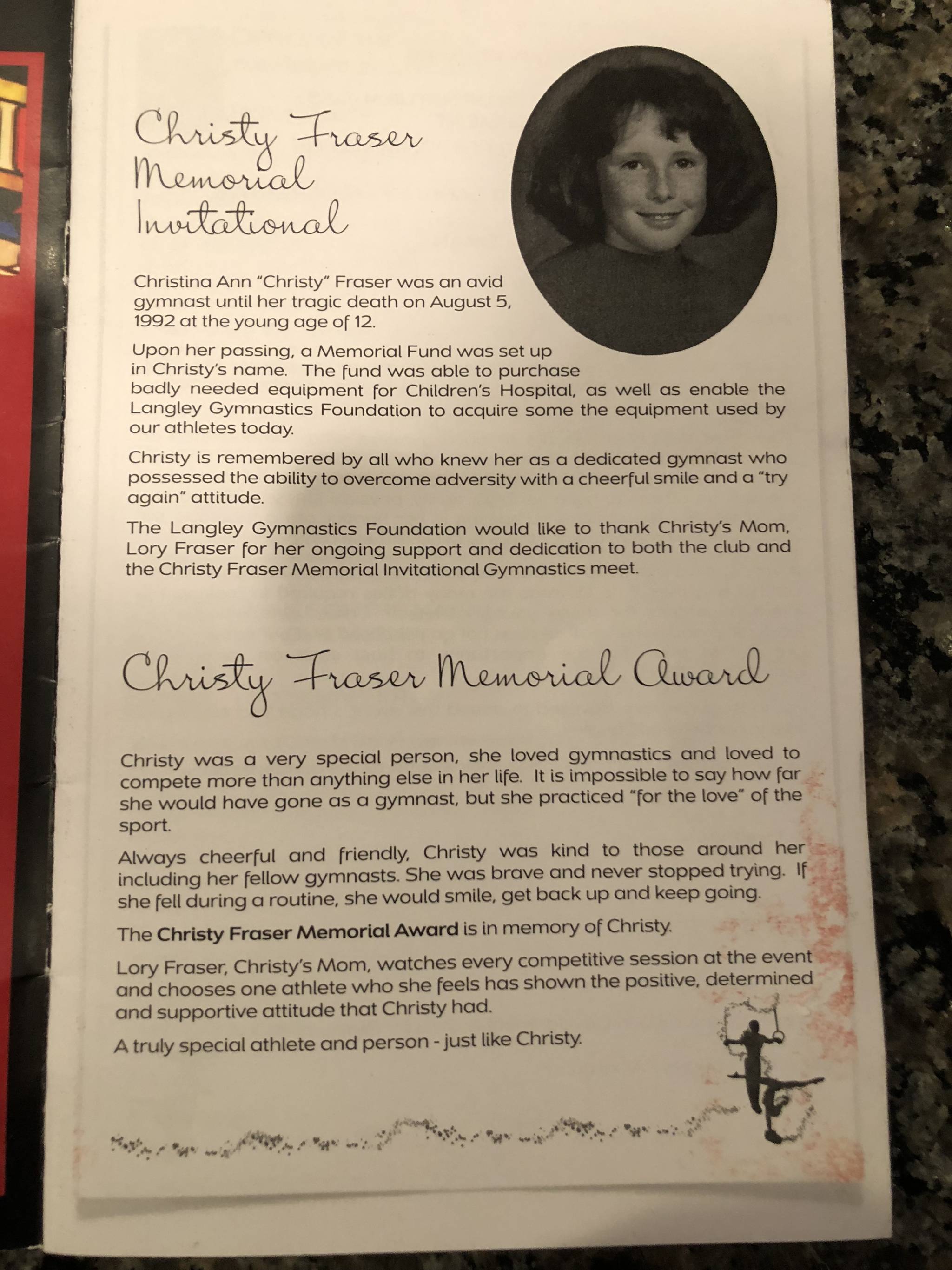 If Christy Fraser had her way, she would have spent even more time training in the gym.

“She loved it — that was her passion,” recalled her mother, Lory Fraser. “She would have gone to the gym every day if she could have.”

The young girl passed away in August of 1992, at just 12 years of age, after contracting E. Coli.

But her memory lives on as each year, Langley Gymnastics Foundation hosts the annual Christy Fraser Memorial Invitational 2018.

This weekend marks the 25th year of the event which will be held Friday, Saturday and Sunday (April 20-22) in the main gymnasium at the Langley Events Centre.

It started in 1993 at the prompting of one of Christy’s coaches with the LGF, with a trophy given to the bravest athlete.

“Christy is remembered by all who knew her as a dedicated gymnast who possessed the ability to overcome adversity with a cheerful smile and a ‘try again’ attitude,” reads the program.

Back then it was held in the Langley Secondary gymnasium and featured 170 or so athletes.

It now attracts more than 700 competitors of all age and skill levels from around the province.

And as Lory Fraser has done every year since 1993, she will be on hand, watching the competitors.

The athletes receive a purple wristband, Christy’s favourite colour, and Fraser will also hand out a dozen awards this year.

She chooses the ones who embody the same mannerisms and attitude of Christy — most supportive, determined and displaying a positive attitude — which will be engraved on the base of the trophies.

“Christy would be the one patting them on the back if they needed it,” her mom said.

As for her involvement in the event, Fraser — who still sits on the LGF board — enjoys watching the young competitors.

“It is a totally, rewarding, emotional weekend for me,” she explained. “I just love it when parents and grandparents come up to me after I have made my choice and say ‘you made the right choice.’”