A Vancouver Giants defenceman is on his way to Kamloops – and not just to play one game.

Marko Stacha, a 19-year-old Slovakian hockey player, has been traded to the Blazers in return for a fifth-round pick in the 2023 WHL prospects draft, team general manager Barclay Parneta announced.

Originally selected 90th overall by the Giants in the 2020 CHL import draft, Stacha appeared in all 22 games for the Giants last season in the Kamloops/Kelowna hub.

During that span he recorded one goal, five assists, and 23 penalty minutes along with a +9 rating, Parneta said.

“We’d like to thank Marko for his contributions to the Vancouver Giants,” he added.

“He was a positive addition to our team last year in the Kamloops/Kelowna hub and we’re happy that he’ll get to continue his development in the Western Hockey League.”

Internationally, Stacha has represented Slovakia at each of the two previous World Junior championship tournaments. 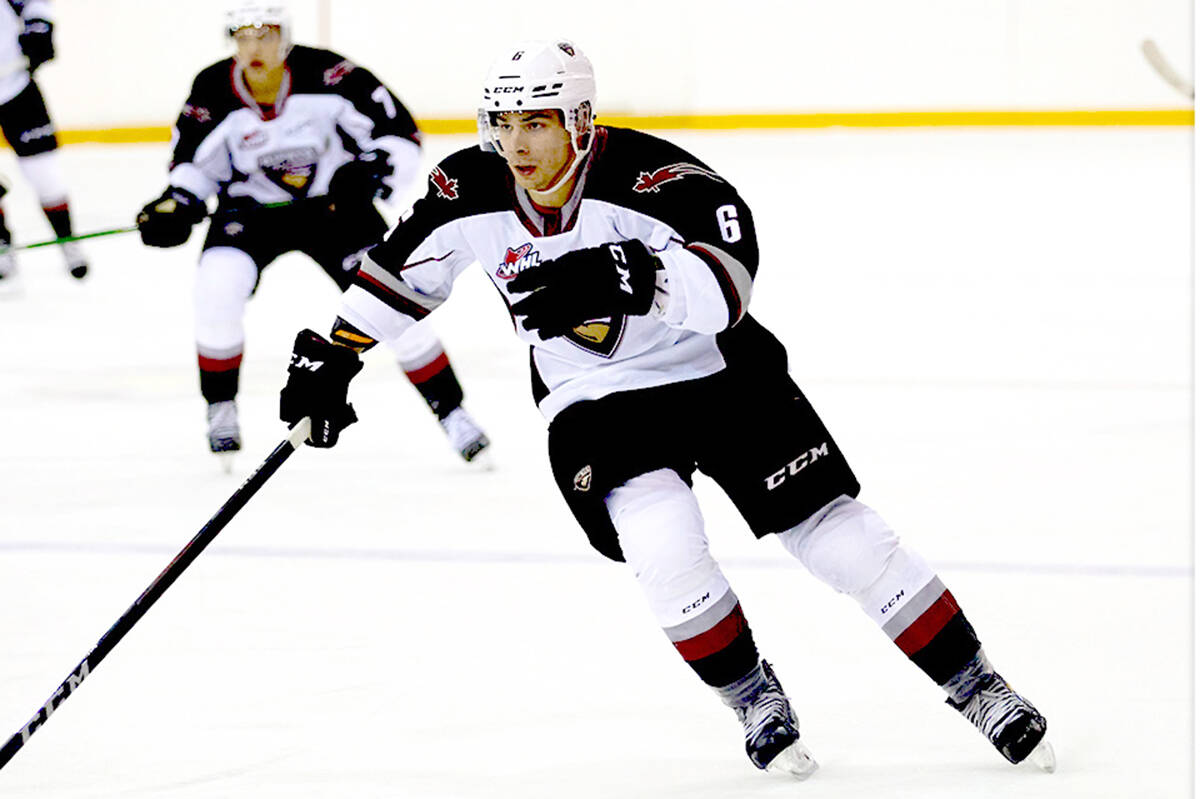 VIDEO: Langley Rams make it four in a row