Trailing by a dozen points with five minutes to play, the Trinity Western Spartans cut the deficit to two points before ultimately running out of time.

And with that, the women’s basketball team’s season came to a crashing halt as well.

The Spartans — who had already established a handful of program records this past season — were hosting the Calgary Dinos in the Canada West bronze medal game at the Langley Events Centre on Saturday night with the visitors prevailing 65-63.

“I thought we played three quarters of good basketball and we found a way to get back into the basketball game and it was too little too late,” said Spartans head coach Cheryl Jean-Paul, who a few days earlier was named Canada West coach of the year after guiding her team to a 16-4 record and the furthest they had ever advanced in the post-season.

“One basket goes in and and one doesn’t and we are having a different conversation. (But) that’s the game of basketball, sometimes it goes your way and sometimes it doesn’t.”

The Spartans and Dinos hit the court with the winner securing a spot at the U Sports national championships.

And it was a back-and-forth game for the first three quarters with Trinity Western leading 16-15 after one quarter, 31-29 at the half and 46-45 with one period to play.

Calgary led by as many as 12 points but Kianna Wiens three-pointer made it a two-point game with seconds to go. And while the Spartans managed to steal the inbounds pass, they were whistled for a foul.

“You don’t get into game situations that you have never been in and assume you know how people are going to react in those siutations,” Jean-Paul said. “I think there are times when the pressure and the nerves creates situations where there are some mental mistakes.

“I thought we panicked in the press box and gave the ball back a few too many times.”

Regardless of the final game’s outcome, it was a successful season which saw TWU win a record amount of games, host and win a Canada West quarter-final series for the time, win a semifinal game, have three players surpass the 1,000-point plateau for their careers (Kayla Gordon, Brown and Tessa Ratzlaff) and have a player named a first team conference all-star (Ratzlaff).

“There are definitely a lot of learning lessons. I think we were on the right path for the majority of the season,” she said.

“We are proud of what we have done as a program. Now we know what it takes and we want another shot at this.” 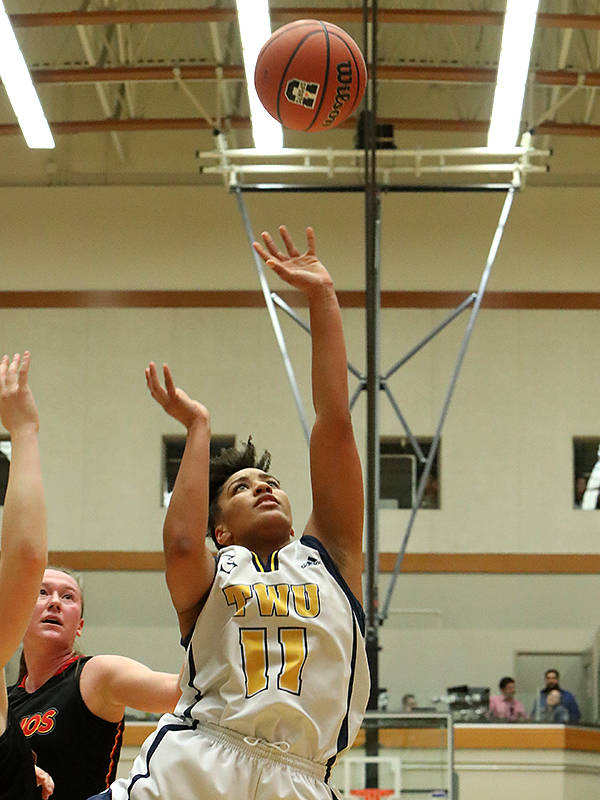 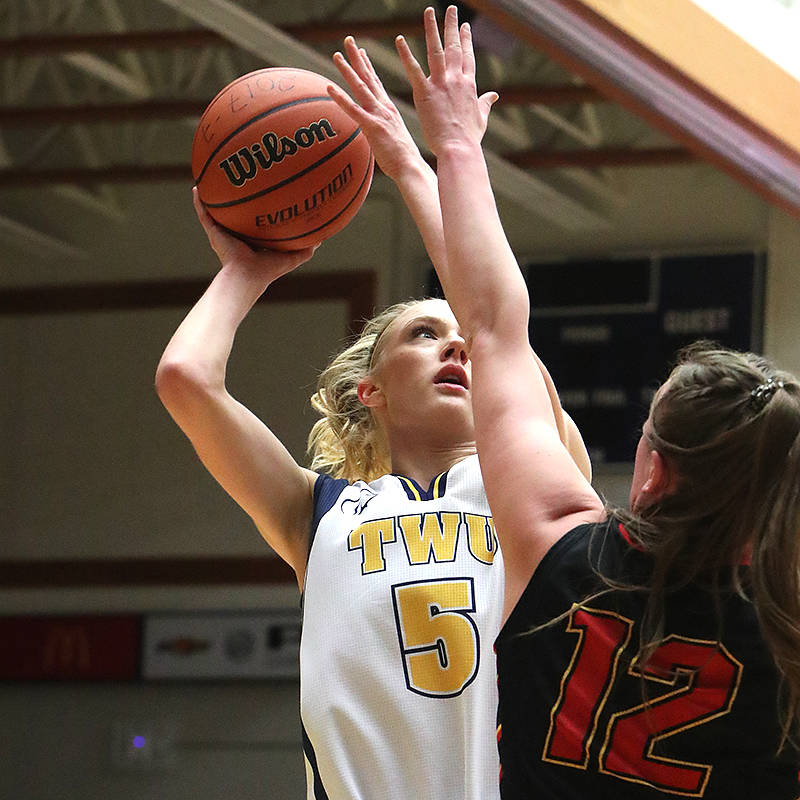 Nearly half of Canada’s Paralympic team has ties to B.C.