After accelerating their progress and making the post-season last year, the Trinity Western Spartans are hoping for much of the same in 2017.

The Spartans men’s soccer team surprised a few people in 2016, finishing second in the Canada West’s Pacific Division. And now the team is hoping to build on that success for a repeat appearance in the playoffs. The first step towards that goal begins this weekend with a pair of road games Friday in Victoria versus the UVic Vikes and Saturday in Vancouver against the UBC Thunderbirds.

“It is always pushing forward for us — we don’t want to be stagnant, we don’t want to settle for what we have done in the past,” said TWU’s Mike Shearon, who is in his second season as head coach.

The team had just a handful of fourth and fifth-year players in 2016.

“The guys were focused last year and they were on point, so hopefully (with) another year under their belts, they remain focused and do things that we talk about wanting to do,” Shearon said.

“We have a lot of guys who are upper classmen now and it’s time that we start to realize the potential of this group.

“It is all about process for us and being committed to working hard.”

Replicating last season’s success will require some new faces to step up, especially in terms of offensive production and goalkeeping.

Last year’s keeper, Andrew Hicks, graduated and he was in goal for all nine of the team’s conference victory.

And the team’s leading scorer and point-producer, Elijah Adekugbe, has been lost for the season with a torn Achilles.

Shearon said players are always looking for a bigger role and now they will have that chance.

“Now is the opportunity for them to step up,” he said.

“We talk a lot about how we are not producing back-ups, we are producing starters. That is the mentality (we have).”

Last year’s Spartans squad was middle of the pack in terms of goals for and against, scoring 22 times (ninth out of 14 teams) and conceding 21 (eighth).

“We have to be better in both boxes; I think last year that was our Achilles heel — we created a ton of scoring opportunities and didn’t put enough away, and we gave up a number of poor goals,” Shearon said.

“When you do that in soccer, you are not going to win as many games as you should (so) that is what we are focusing a lot on this year, being better in both boxes.”

The Spartans wrapped up their pre-season with a 2-0 victory over Seattle Pacific on Saturday in Seattle to finish with a 1-3 record.

All four games were against NCAA Division 1 and 2 teams.

TWU will make their home debut at Chase Office Field the following weekend with games Sept. 1 and 2 against the UNBC Timberwolves. 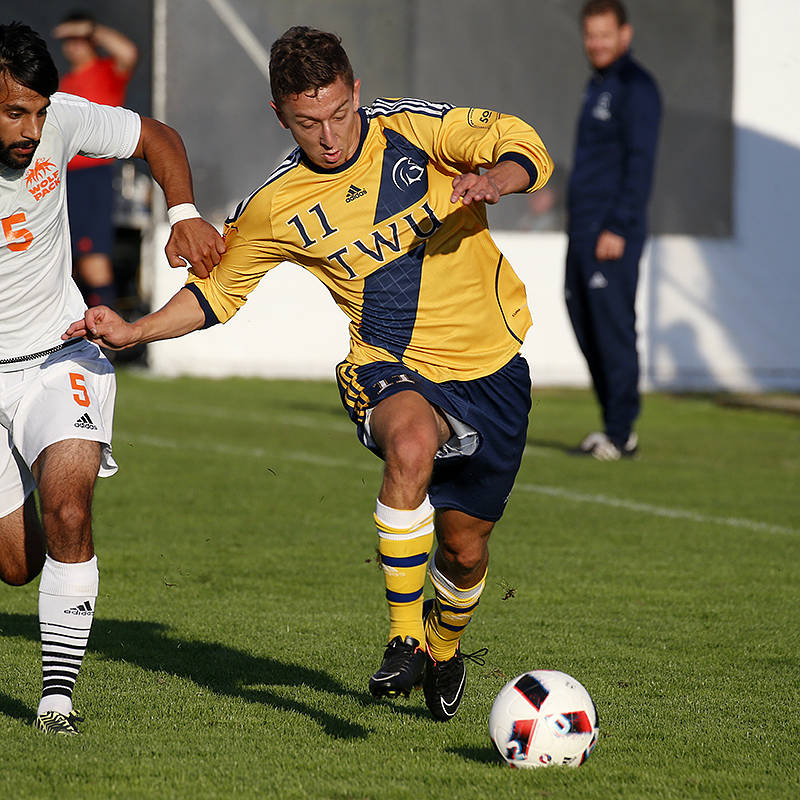 Aidan Moore and the Trinity Western Spartans kick off their 2017 Canada West season with a pair of road games this weekend. TWU Athletics file photo 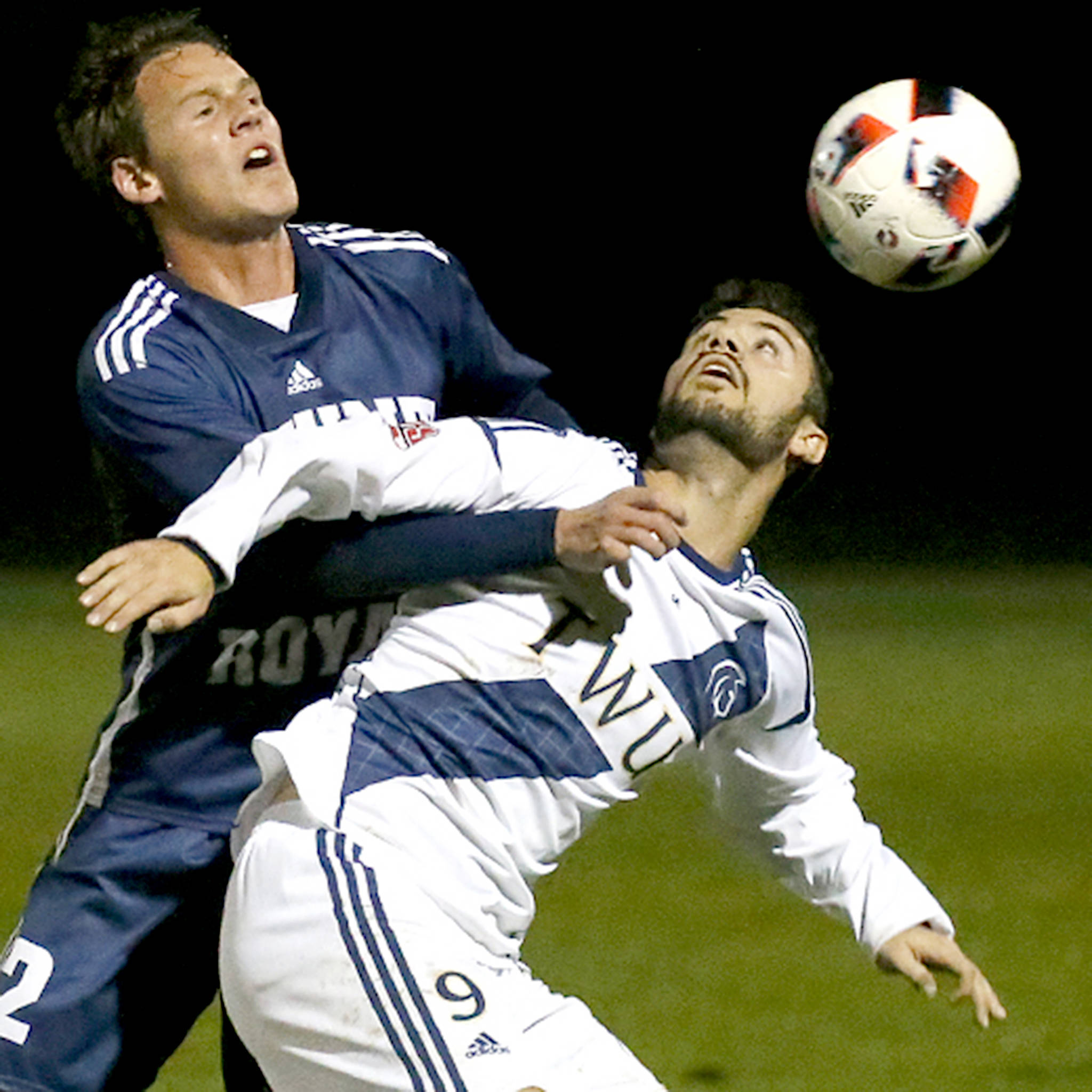 Vito Poletto and the Trinity Western Spartans kick off their 2017 Canada West season with a pair of road games this weekend. TWU Athletics file photo