The Langley Rivermen special teams were truly special as the junior A hockey club snapped a four-game losing streak.

Langley trailed 3-0 less than a dozen minutes into the game before scoring seven of the game’s final 10 goals in a 7-6 win over the Surrey Eagles on Saturday night at the South Surrey Arena.

Five of the goals came with the man-advantage while the eventual game-winner was a short-handed marker from Nicholas Ponak 7:54 into the third period.

Rather than calling a timeout after falling behind early, Rivermen head coach and general manager Bobby Henderson said the coaching staff just let the players figure things out at the first intermission.

“I think we got sick of being where we are at,” he said. “The guys just said ‘enough is enough’ and grabbed the bull by the horns.”

Ty Westgard, Desi Burgartand Matthew Campese had the home side up 3-0 but Angus Crookshank got the visitors on the board prior to the first intermission.

Langley pulled even when on a two-man advantage, they struck twice 32 seconds apart on goals from Brendan Budy and Connor Marshall.

Trevor St. Jean gave the Rivermen their first lead and 43 seconds after Westgard got Surrey back on even terms, Colin Bernard restored the advantage for a 5-4 lead after 40 minutes.

The teams continued trading goals in the third period with Eric Butte and Ponak scoring for the Rivermen while Jackson Ross and John Wesley responded for the home side.

Even more impressive for the Rivermen was the fact they had seven different goal scorers in the contest.

“Obviously that is a good sign,” Henderson said about the balanced scoring. “We haven’t been scoring enough so that was good to see.”

Langley was coming off a 5-1 loss the night before in Vernon to the Vipers and had been outscored 20-4 over their past three games heading into Saturday’s divisional tilt with the Eagles.

The Rivermen are in a dogfight for second place in the BCHL’s Mainland Division as they sit tied with Chilliwack and Surrey, each of the teams with 56 points. Langley and Chilliwack each have six games remaining while Surrey has five games to go.

The team has just three wins in their past 13 games but is starting to get healthier.

“But we weren’t playing up to our capability,” Henderson said. “We just have to work on getting some chemistry back but I think we took a step on Saturday.”

Up next for the Rivermen is a game on Wednesday (Feb. 14) in Merritt against the Centennials. Langley also has a pair of home games Feb. 17 against Penticton and Feb. 18 versus Coquitlam. Both are at the George Preston Arena. 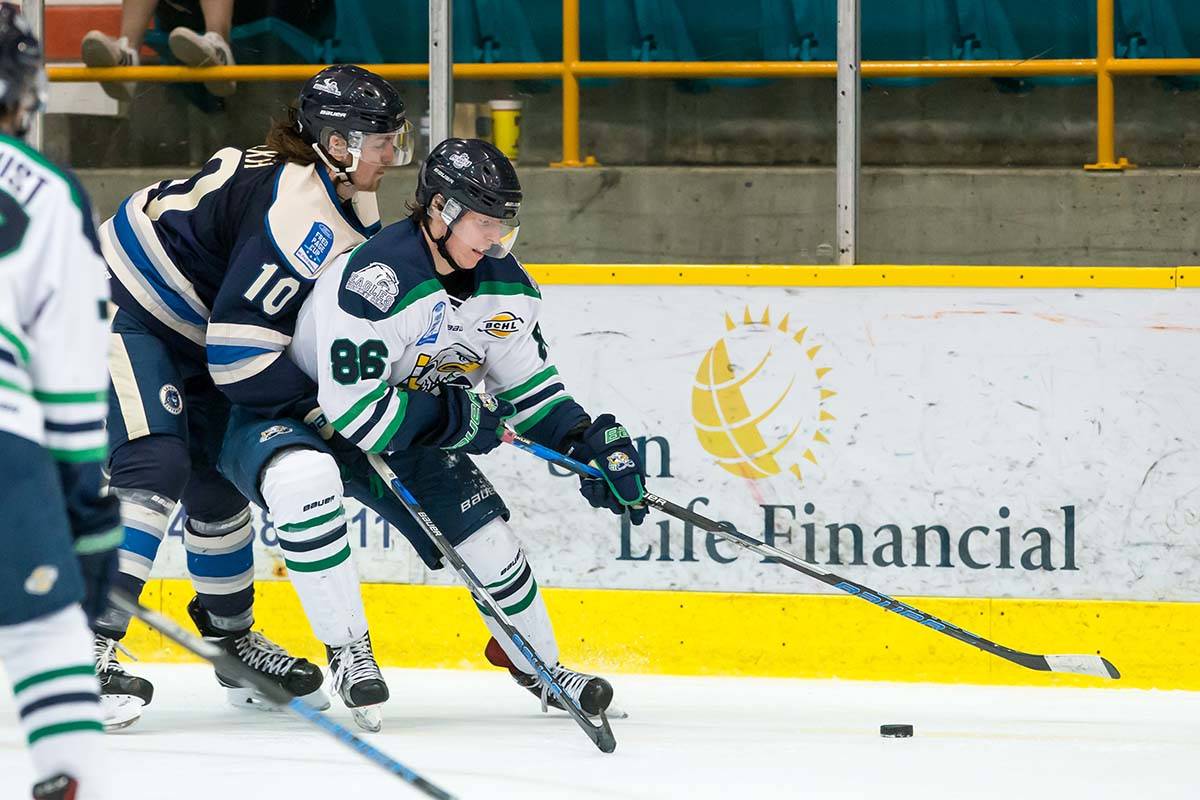 Seattle is one step closer to pursuing NHL franchise