Langley’s Hannah Miller made five saves for the clean sheet. UFV fell to 2-5-5.

“It is a smaller field, so there really weren’t any spaces to find a rhythm but after 20 minutes we were able to break their press and our midfield won the ball higher up the park and we were a bit dangerous.”

Spartans sit in second place in the Pacific division, trailing first-place Calgary by one point.

Aldergrove’s Grayson Pamplin scored one and Langley’s Nathan Prodanuk potted a pair as the Major Bantam Fraser Valley Thunderbirds defeated the Shawnigan Lake Prep team 3-2 in play at the invitational tournament held over the Thanksgiving DFay long weekend at at Sardis Sports Complex.

Injury-plagued T-birds finished the weekend eighth out of 12 teams.

The team tied for third best goals against average (2.8) in the five-game tournament.

T-birds injuries finally caught up with them in their final game, a rematch against Shawnigan, finishing the game with three defense and eight forwards.

Coach Nathan Martz said “overall it was a good tournament which gave our players an opportunity to play in front of a lot of scouts. There were a lot of positives considering how many injuries we are dealing with.”

Over 120 young players competed for titles in seven divisions while also getting the opportunity to win a new Ford vehicle on the fourth hole during round two with the Ford Hole-in-One contest.

Im, 15, who plays out of Redwoods Golf Course, made three birdies in his first round and and 17 pars on the second day on his way to a 76 and 73 (149) to win in the Juvenile Boys division.

“I didn’t know that I had won until the last putt,” commented Im.

“I knew I had to beat two strong competitors and I was happy to get the win.” Im also took home the Low Overall Boys score for the tournament.

“The best part about my game was my driving,” commented Lee.

“I did a great job of keeping my tee shots in the fairway which allowed me to score.” 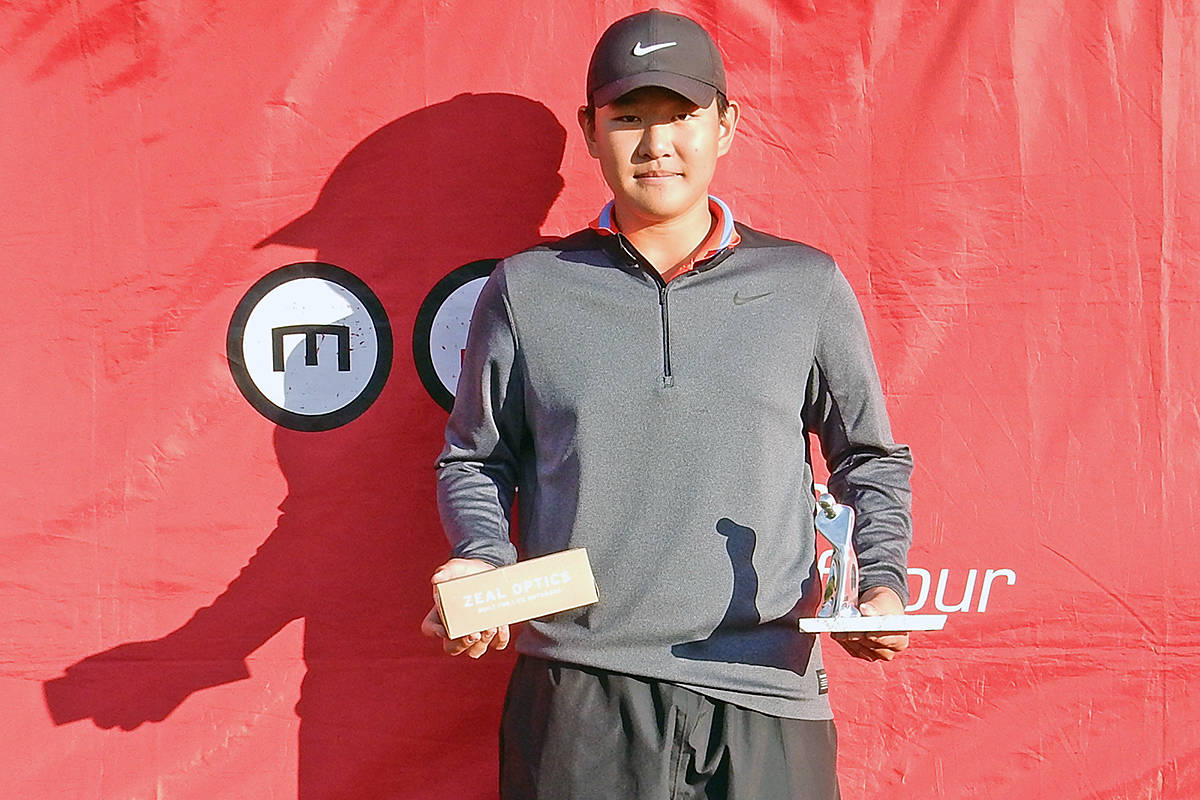