The home portion of the Vancouver Stealth season came to an end on Saturday night and like the eight games preceding this one, it was the road team celebrating.

The Stealth now have the dubious distinction of going winless at home over an entire National Lacrosse League season after they fell to 0-9 at the Langley Events Centre — and 2-15 overall — thanks to a 26-11 shellacking at the hands of the Calgary Roughnecks. Vancouver closes the season on April 28 with a road game against the Georgia Swarm.

The loss was their seventh defeat by six or more goals and the third time Vancouver lost by double digits, as the team has now lost by 10, 15 and 17 goals. In the team’s 15 defeats, they have lost by a combined 92 goals, an average of six goals per game.

“It can only go up from here,” said assistant captain Logan Schuss, who had a goal and an assist.

Schuss, along with the rest of his teammates spent at least 45 minutes on the LEC floor post-game, signing autographs for long lines of young lacrosse players.

The support is appreciated.

“We have great support here, we as players really appreciate it,” Schuss said, pointing out the jerseys from associations all over the Lower Mainland, and even some from Kamloops.

“We want to do what we can to put a great team on the floor and make everyone proud.”

This season — especially on the heels of a 9-9 campaign which qualified the team for the post-season — can only be summed up as a disaster.

The Stealth have the fewest goals scored (176) and the highest goals allowed (266).

And regardless of whether they win or lose their finale, this will mark the team’s worst won-loss record in franchise history. Their previous low was four victories.

“It is hard to put into words what this season felt like,” Schuss said. “I think this is a real eye-opener for what we have to do in the off-season.”

One some-what positive to take is the fact several new players had the opportunity to gain experience as they were pushed into bigger roles.

That included Tony Malcom, who was picked up in the off-season and led the team with three goals and six points in Saturday’s defeat. His hat trick goal was a brilliant strike as he had his back to the goal and flung a no-look shot past Calgary goaltender Christian Del Bianco.

The 24-year-old Malcom set career highs with 22 goals and 23 assists.

“Some new guys got chance to develop and hopefully this summer it will translate into them becoming better players in the summer as well,” Schuss said.

“And hopefully when things start up again in the fall, we are that much maturer, that much more game ready for NLL.”

Calgary had nearly as many goal scorers (10) as the Stealth had goals (11).

Martel, a rookie from Aldergrove, was playing in front of about 30 family and friends.

In addition to Malcom and Schuss’ scoring, the Stealth received two goals and two assists from both Corey Small and Casey Jackson and a goal and an assist apiece from Seth Oakes and Andrew Suitor. Rhys Duch also had a goal and two helpers. 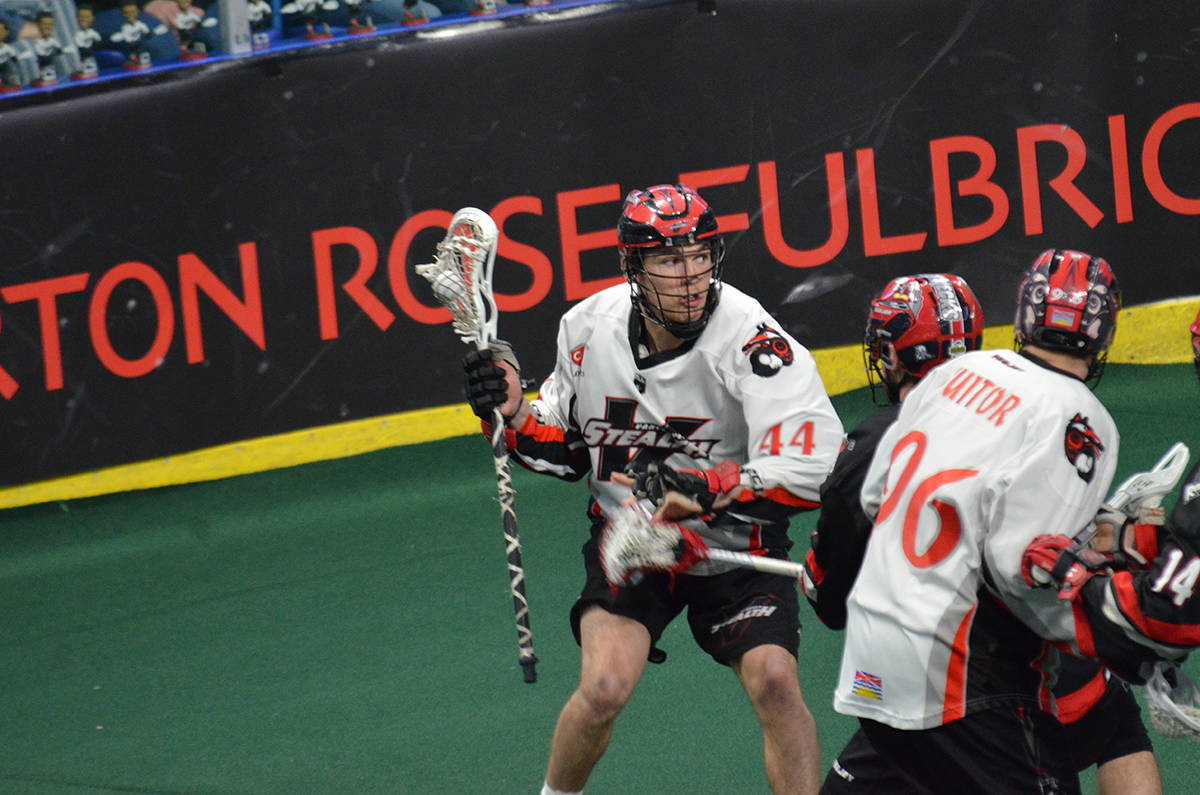 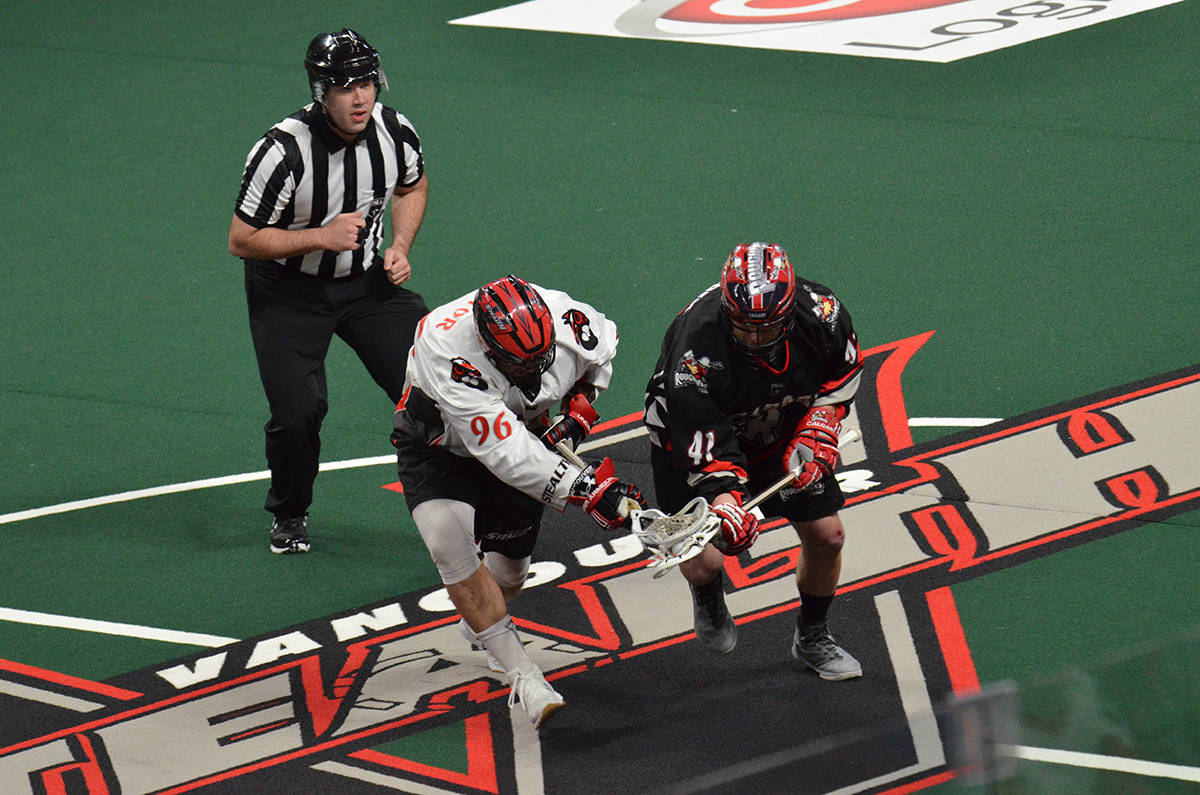