There are plenty of scenarios remaining following two days of the Minto Cup Junior A National Championship, including two different possible three-way tiebreakers depending on how Sunday’s final day of round-robin action plays out.

Through the first two days of the championship at Langley Events Centre, the Orangeville Northmen are in control of their own fate at 2-0, while the Coquitlam Adanacs and Okotoks Raiders each sit at 1-1.

And the Victoria Shamrocks may be winless at 0-2, but the possibility remains they could find their way into Monday’s semifinal game.

It was more than just one victory for the Okotoks Raiders.

The Raiders scored the game’s final three goals to knock off the Victoria Shamrocks 13-10 on the second day of the 2019 Minto Cup Junior A Championship at Langley Events Centre.

The victory – which improved Okotoks to 1-1 while dropping Victoria to 0-2 with one round-robin game remaining – also marked the first time the Raiders defeated a non-Alberta team at the Minto Cup championship.

This is Okotoks’ eighth time competing for the Minto Cup.

“It is a big accomplishment for our program,” said Raiders coach Jesse Fehr. “To get our first program win against a team from outside of Alberta is an amazing accomplishment (but) I think our guys realize there is more to be done.”

After falling behind by a pair of goals just 34 seconds into the contest, the Raiders rebounded to lead 6-3 after one period and maintained that three-goal cushion through 40 minutes, up 8-5 at the second intermission.

Both teams had lost their opening game the night before, so a victory on the second day was crucial. And the Shamrocks came out for an inspired third period, knotting the score at nine and then again at 10-10 with just under 13 minutes to play.

But Okotoks captain Harrison Matsuoka corralled a wild ricochet off the end boards, fighting off a pair of Shamrocks for the ball before racing in all alone and scored what became the game-winning goal. Less than three minutes later, Safo Arthur made it 12-10 before Matsuoka intercepted a pass in the defensive zone and scored into the empty net for his third of the game with 1:50 to play.

Jack Bruzell-Friesz made 33 saves on 42 shots before Jackson Brown entered the game in the third period and the score tied at nine. Brown finished with 16 saves on 17 shots.

The goaltender change was more to stem the momentum as Victoria had scored four goals in 4:06 to open the third period than it was an indictment on the play of Bruzell-Friesz.

“We have a ton of faith in both of our goalies. Instead of taking a timeout it allowed us to refocus and reset. We trust our backup goalie Jackson and we knew that our offence was going to do the job for us. It allowed our defence to refocus and continue to do what we do,” Fehr said.

A big key in the game was the Okotoks power-play which went 4-for-7.

“We were a little bit snake bit through the playoffs on our power play. They just kept believing and kept working and put a lot of good shots on net tonight,” the coach added.

Victoria coach Terry Dennett saw improvement in his squad from their opening-day 12-1 loss to Orangeville, but the team was unable to string together a solid 60-minute effort, playing well in just spurts.

“Okotoks works very, very hard every shift. They don’t quit and they kept going, kudos to them,” Dennett said.

Zach Mantei earned the Okotoks player of the game award following his three-goal, five-point performance. Levi Anderson had a pair of goals and two helpers while Myles Hamm scored a pair. Ethan Landymore (one goal, two assists) and Adam Wolf (one goal, one assist) rounded out the scoring while Marshall Bloomfield finished with three assists.

Austin Madronic had a monster game for the Shamrocks with three goals and eight points and earned the team’s player of the game. Jackson Boyd added two goals while Ben Preston and Teioshontathe McComber each had a goal and an assist. Brayden McQuarrie, Patrick Dodds and Casey Wilson each scored once for Victoria.

An eight-goal second period helped the Orangeville Northmen pull away from the Coquitlam Adanacs and get a leg up in the quest for a bye into the Minto Cup best-of-five championship series next week.

The Northmen and Coquitlam Adanacs were knotted at three goals apiece following 20 minutes but an 8-2 burst in the middle stanza provided all the cushion the Ontario visitors would need as they improved to 2-0 thanks to a 12-7 win on day two of the 2019 Minto Cup Junior A National Championship at Langley Events Centre on Saturday night.

The Adanacs sit at 1-1, needing a victory in Sunday’s final game vs. Victoria (0-2) to secure at least one more game. The Northmen face the 1-1 Okotoks Raiders in the first game on Sunday. An Orangeville victory would earn them two days off as the championship series does not begin until Wednesday.

On Saturday, Curtis Bukta and Tanner Buck struck for goals 11 seconds apart to open the second period and snap the tie game and the Northmen were on their way to the victory.

“We made some key plays at key times,” said Northmen coach Bruce Codd. “We had some good execution and some timely goals and I thought we made some good adjustments on the back door to keep them on the outside for the most part.”

Rylan Hartley made 41 saves for the victory.

The shots in the game were relatively even with Orangeville holding the slim 49-48 advantage.

“They are a good team and they really buried their opportunities,” summed up Adanacs coach Pat Coyle. “You look at the shots, they were pretty even. I thought they shot better than us and they finished their (possessions) better than us.”

Dennon Armstrong was the lone Adanac to score multiple goals, finishing with a pair, and he was one of four players with two points, alongside Haiden Dickson (one goal, one assist), Braydon Cresswell (one goal, one assist) and Colin Munro (two assists). Reid Bowering, Ethan Ticehurst and Thomas Semple each scored once in the defeat while Nate Faccin made 30 saves in the defeat.

The Northmen’s Firth and the Adanacs’ Bowering won their teams’ respective player of the game awards.

With one game left to play in the round-robin, the Northmen are in full control of whether they earn top spot or not. A victory ensures that while a loss to Okotoks could mean it comes down to a tiebreaker.

“We don’t want to get into a goals for, goals against, three-way tie scenario because we don’t control that,” Codd said.

For the Adanacs, a victory ensures they play in at least Monday’s semifinal while a loss to Victoria could mean their tournament is over (if Okotoks defeats Orangeville). A loss and an Okotoks defeat would mean a three-way tiebreaker as the Adanacs, Raiders and Shamrocks would all be 1-2 and one team would be left out of the playoff round. Conversely, a Coquitlam victory coupled with an Okotoks win over the Northmen would leave all three at 2-1 and another three-way tiebreaker to see who gets a few days off.

As for Coyle’s message to his team, it was fairly straightforward: “We have a game tomorrow. That’s it.”

And for information, visit www.mintocup2019.com. 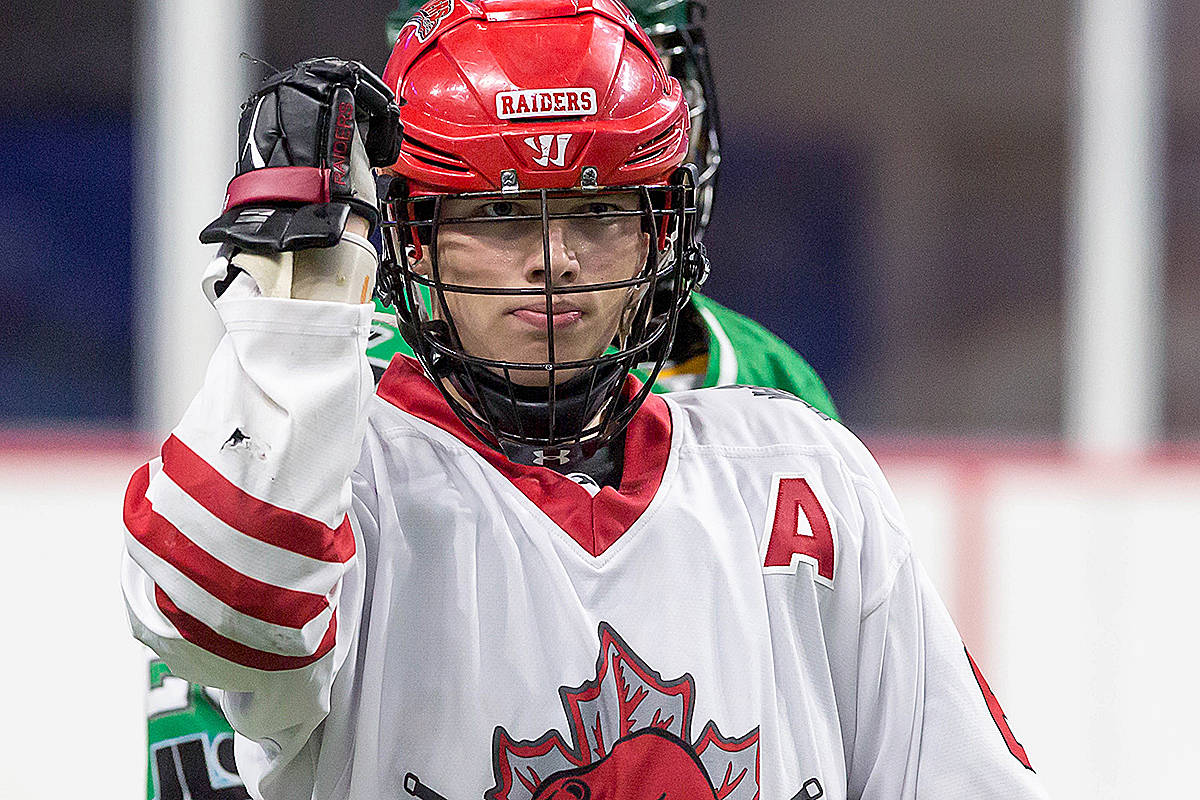 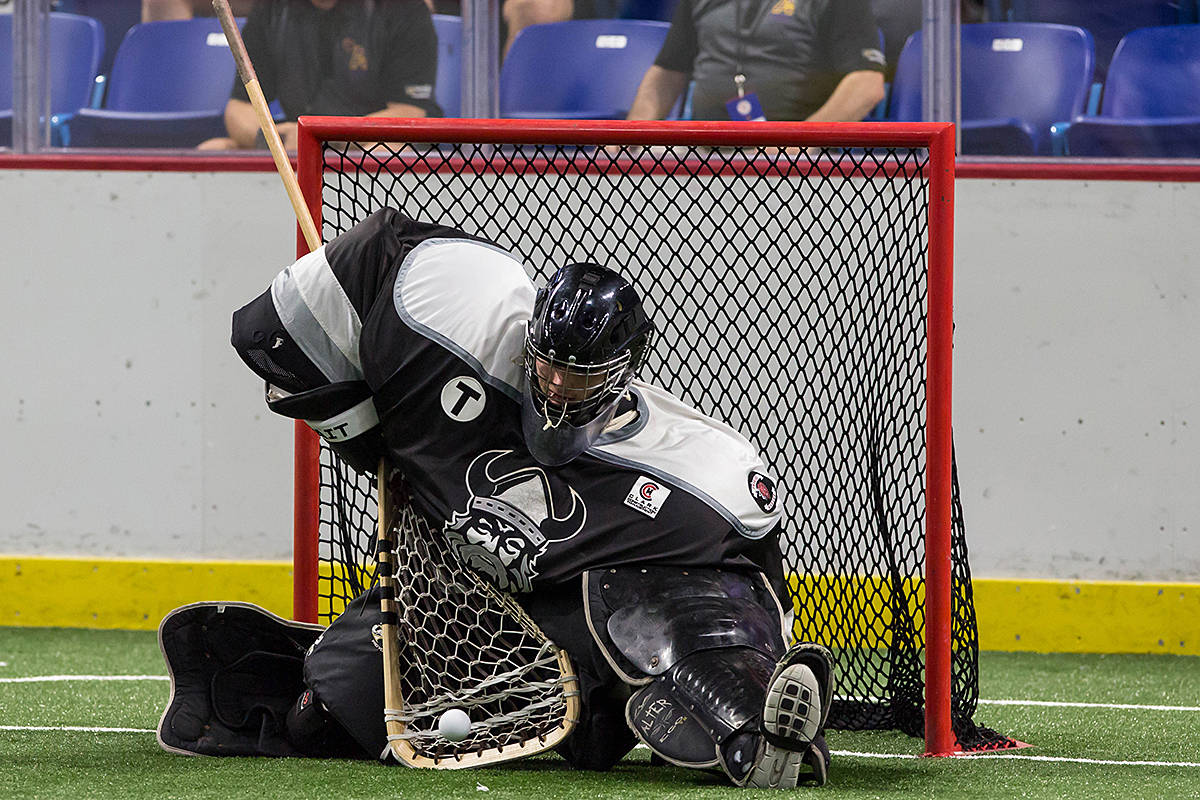 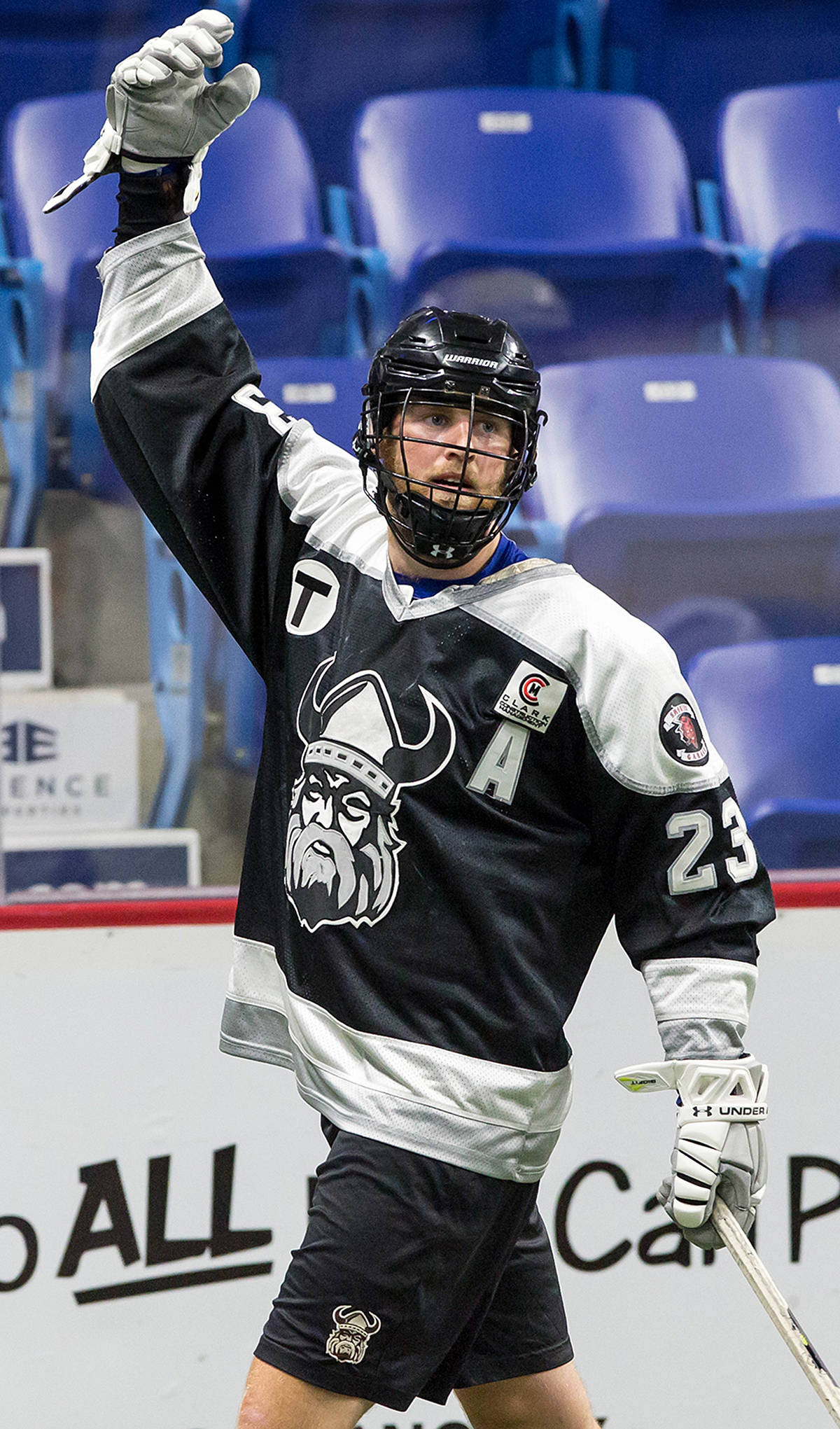