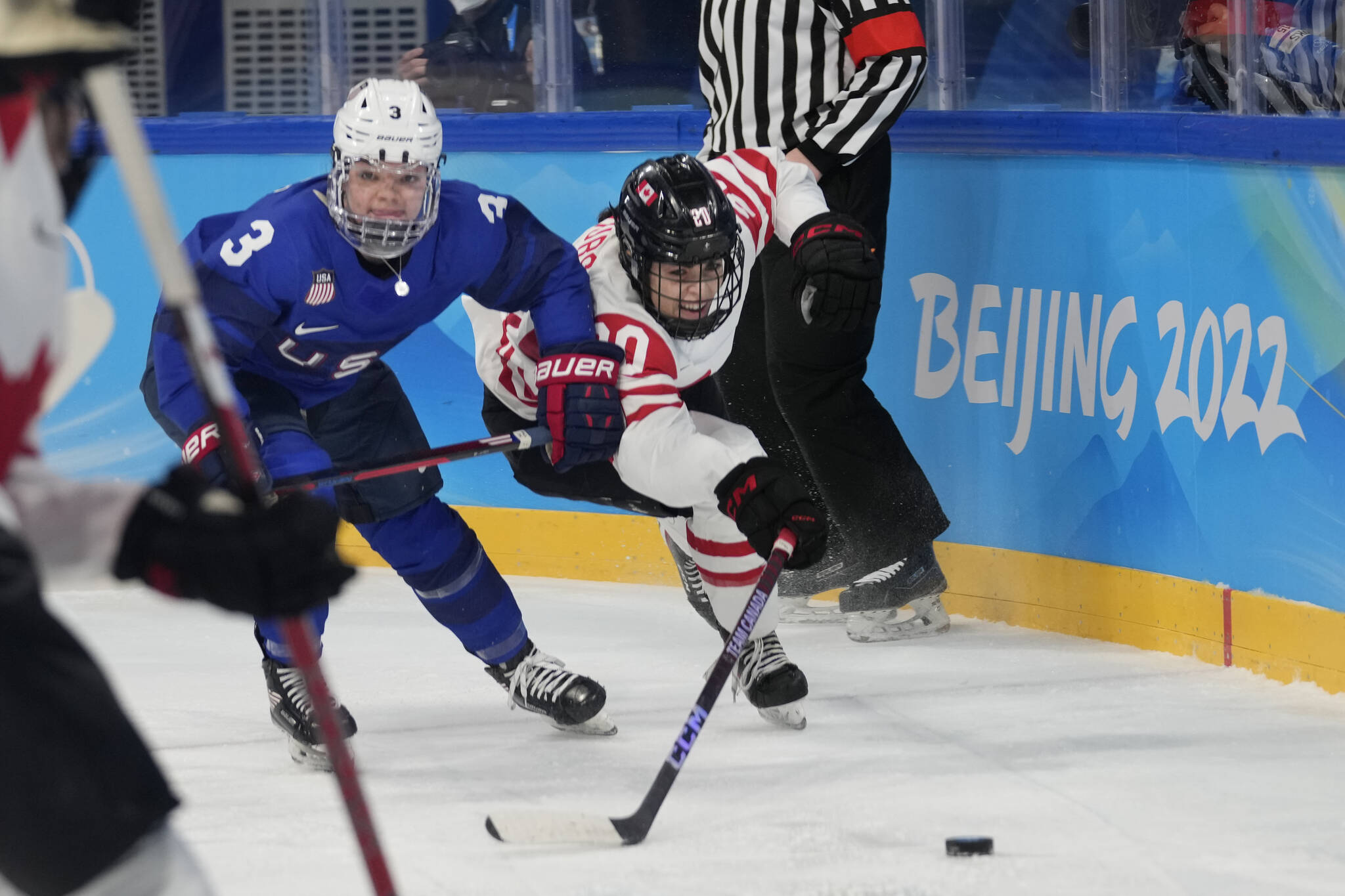 One by one, the U.S. women’s hockey players were asked about the enormity of playing Canada. It was difficult to get a direct answer from them about a team that now stands directly in front of them for an Olympic gold medal.

Hours earlier, the Canadian players did the same. It’s like there’s a code that can’t be broken. They want to take each other down; they just don’t want say how bad they want to do it.

“I think we know that history,” Canada forward Brianne Jenner said. “We’re going to give ourselves a blank slate.”

The U.S. beat Finland, 4-1, in the semifinals Monday after Canada dispatched Switzerland, 10-3, to set up a meeting Wednesday night Minnesota time for the gold medal for the sixth time in seven Olympics. Team USA will attempt to win consecutive gold medals for the first time in Olympic play.

Make no mistake, this is a collision between two sports superpowers. Not women’s sports. All sports.

Their previous meetings have been fast-paced, exciting and edgy. Add in their games at the World Championships, and the teams have a long history of facing each other with a title on the line. USA-Canada get-togethers mean the rest of the world sees how much work needs to be done to reach that level.

“It’s so much fun to play against them,” Switzerland captain and former Minnesota Duluth star Lara Stalder said during group play. “It shows what’s possible for women’s hockey.”

The Canadians stormed through the field without a loss, setting an Olympic record for goals scored in the tournament (54) along the way. Their offense, they believe, could revolutionize the game. Pulling on the Maple Leaf sweater has been like wearing a cape with an “S” on it at this tournament.

Canada has scored 10 or more goals three times in five games. Against Switzerland, the Canadians scored five first-period goals in a span of 3 minutes, 24 seconds.

“The amount of goals we have scored is no accident,” Jenner said.

Team USA has been more methodical in its run-up to the goal medal game. Monday’s victory over Finland was the latest example of how it had to deal with a disciplined team out to slow them down. The Americans got off to yet another sluggish start but eventually got rolling.

With the game scoreless, Finland nearly had a tic-tac-goal in the final minute of the first period, but Cavallini made nice stops with her left pad on Michelle Karvinen, who tried to beat her in close and then offered at the rebound.

It took a power play early in the second period — on a penalty called on Finland’s Tanja Niskanen for a phantom trip when Kendall Coyne Schofield appeared to fall to the ice on her own — for the U.S. to break through.

A minute later, Hannah Brandt fed Cayla Barnes for her first career Olympic goal, and Team USA led 1-0. Hilary Knight fired in a shot from the left circle with 67 seconds left in the period for a 2-0 lead.

Hayley Scamurra and Abby Roque scored in the third for Team USA. Cavallini’s shot at a shutout was ruined between those goals when Finland scored with 26 seconds left after pulling its goaltender.

While Canada has outscored opponents 54-8 during the tournament, Team USA has been strong in goal with a solid defense in front. It has held opponents to eight goals as well, although four were scored by Canada in a U.S. loss to end group play last week. Team USA hopes grinding through some games on the way to the final will help them grab gold once again. Canada knows it has to be more defensively responsible against the Americans, who will be buzzing its net from the opening faceoff.

“I don’t think we’ve played our best game yet, and so I think we’re excited to see that when we played them the last time,” U.S. coach Joel Johnson said. “I thought we were pretty good, but we didn’t generate enough great, great opportunities to score.”

Facing Canada with gold on the line will demand the Americans’ best game. This is the matchup the hockey world expected to see, and now it’s here.

“I think it is one of the best rivalries in sports,” Cavallini said. “So definitely looking forward to playing a great Canadian team.”