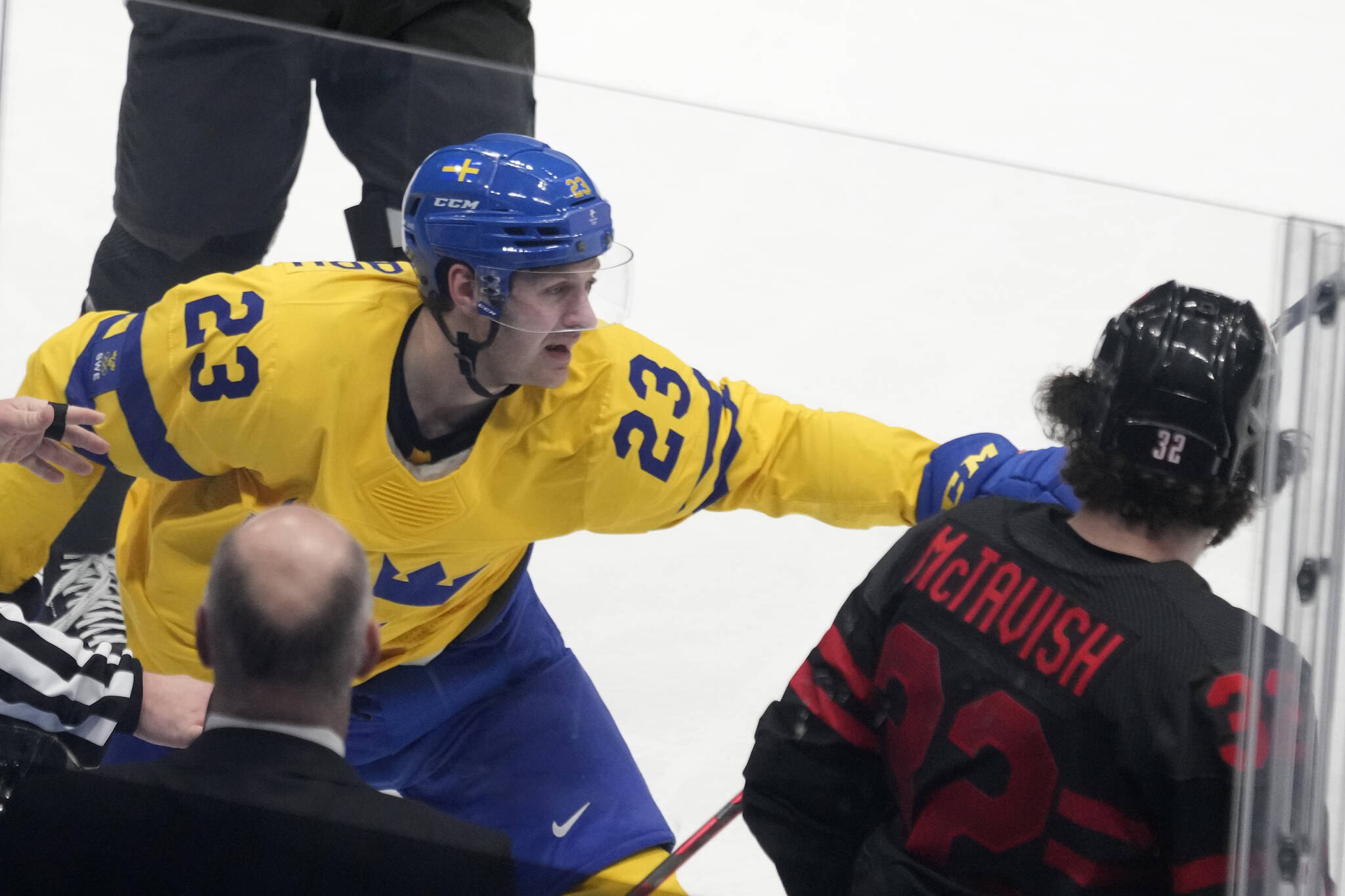 Canada is heading home from the Olympics without a men’s hockey medal for the first time in 16 years.

Lucas Wallmark scored midway through the third period as Sweden defeated Canada 2-0 in the quarterfinals at the Beijing Games on Wednesday.

Lars Johanssen made 22 saves for the Swedes, who will meet the Russian Olympic Committee on Friday in the semifinals. Anton Lander added the clincher into an empty net.

Matt Tomkins made 24 stops for Canada.