Their planned trip to England may be on hold because of a surge in COVID cases, but a Langley girls’s soccer team isn’t giving up.

On Sunday, Jan. 9, members of the U15 Girls Langley United Soccer Association (LUSA) Castilians soccer team and their parents braved the ice and snow to fan out through the Brookswood area around Alice Brown Elementary school to collect bottles, cans and juice boxes to help raise funds for the trip, one that may or may not happen, as assistant coach Brian Kerr explained.

“We were going to use it for England, and it [the trip] was scheduled for August,” Kerr told the Langley Advance Times.

But with the surge in COVID cases, the plans had to be called off, at least for now, Kerr remarked. 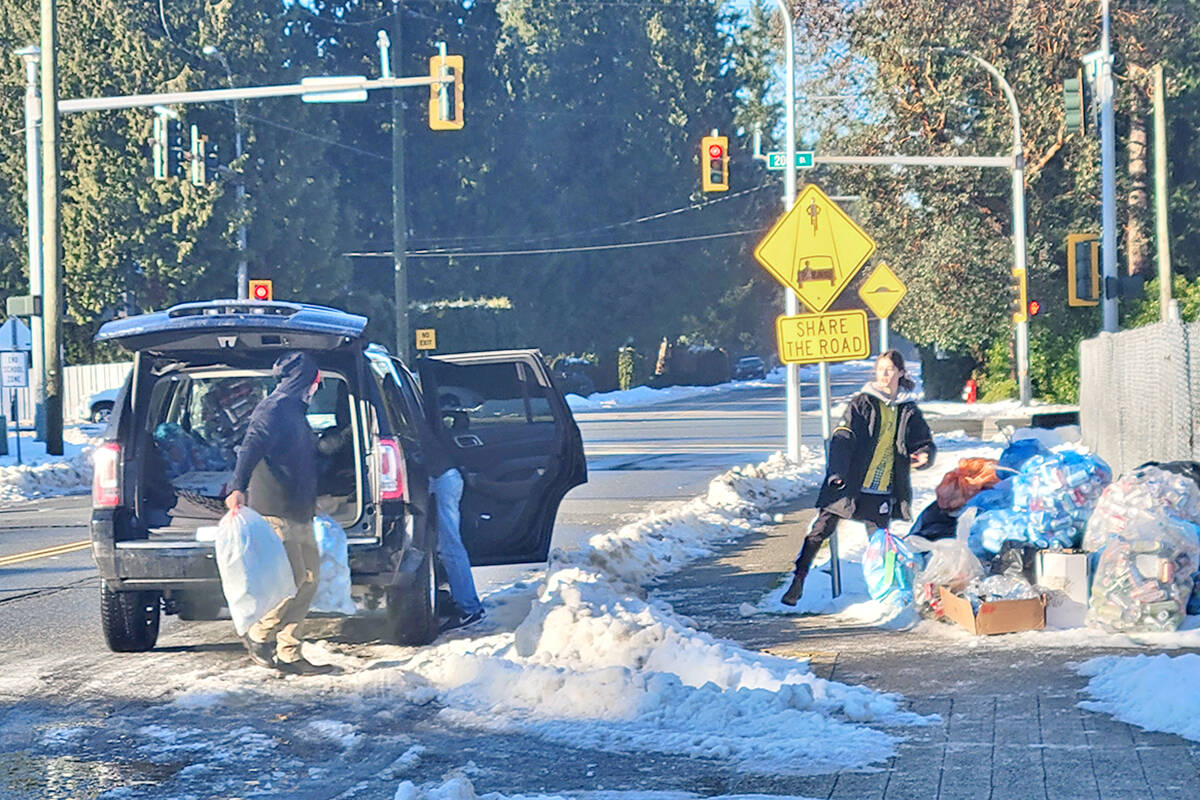 Bottles and cans were dropped off at Alice Brown Elementary school in Brookswood, part of a fundraising initiative by the U15 LUSA Premier Castilians soccer team on Sunday, Jan 9. (Dan Ferguson/Langley Advance Times)

Despite that, the team decided to carry on fundraising, with the expectation the funds they raise can be used for other worthy purposes, even if the trip doesn’t happen.

“Let’s keep fundraising, because if, possibly, they win the provincials, the would go to the nationals [and need to travel],” Kerr explained.

Flyers were distributed in advance of the collection date, asking residents to leave donations on their doorstep or curbside for volunteers to pick up and bring back to Alice Brown.

Collections on Sunday got off to a slow start, but picked up as the day went on.

Still, Kerr estimated contributions were less than their last collection, in September, but that might have been because of the many other bottle drives being staged in Langley the same day.