Trailing 2-0 after 20 minutes and with their season on the line, there was no panic in the Fraser Valley Thunderbirds dressing room.

The Thunderbirds were hosting the Vancouver Northwest Giants in the third and final game of the best-of-three BC Major Midget Hockey League semifinal series on Sunday at the George Preston Recreation Centre.

The Giants won game one 4-3 and Fraser Valley took game two by a 5-1 score, setting up the winner-take-all showdown, with the Thunderbirds prevailing 8-2.

A parade to the penalty box in the first period in game three — Fraser Valley was whistled for three minors and one major — helped the Giants jump ahead 2-0.

Fraser Valley head coach Peter Hay said there was no yelling or screaming in the locker room between periods, nor was their a special message from the coaching staff.

“At this stage of the year it is not the coach who owns the room, it is the players who have to own the room,” he explained. “The coach just guides the ship, but the players own it and they are really owning it. It is great to see.”

“They were really concentrated, really motivated,” he added. “They are competitors, they were hungry to win and they were not going to go down easily, that’s for sure.”

While the Giants had four power-play chances and scored once in the first period — compared to the T-Birds’ two opportunities (one of which was for just 21 seconds) — the middle stanza was a different story.

“Our power play just dominated … and we nailed the game down,” Hay said.

Fraser Valley would add two more goals in the victory.

Justin Plett (Abbotsford), Gage Goncalves (Mission) and Matthew Konrad (Abbotsford) led the way with four points apiece as Plett and Konrad each had a goal and three helpers and Goncalves had two goals, two assists.

Travis Halladay (Chilliwack) also scored twice and set up one other. Jake Mulder (Abbotsford) and Dawson Good rounded out the scoring with a goal apiece.

The win advances the team to the league championship this weekend, a best-of-three series in Prince George against the defending champion Cariboo Cougars.

The Cougars were 30-7-3-0 to finish second in the regular season while the T-Birds were third at 25-13-1-1. The Cougars won three of four head-to-head meetings.

This is the farthest the Thunderbirds have ever advanced in their 13-year history.

The victor of this series will play the Alberta champion with a spot at the Telus Cup — Canada’s midget national championship in Ottawa — on the line. 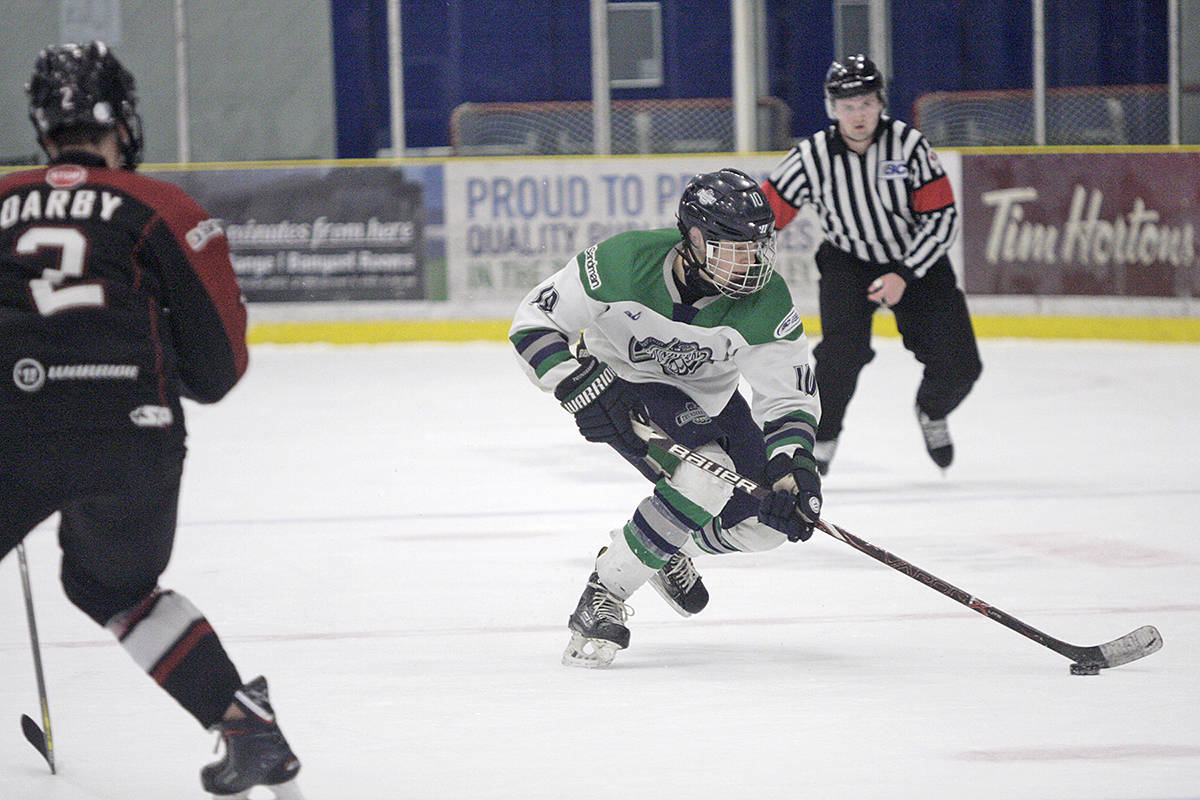 Jake Mulder scored once in the Fraser Valley Thunderbirds’ 8-2 victory on Sunday at the George Preston Recreation Centre in the third and deciding game of the BC Major Midget Hockey League semifinals. Dan Ferguson Langley Times 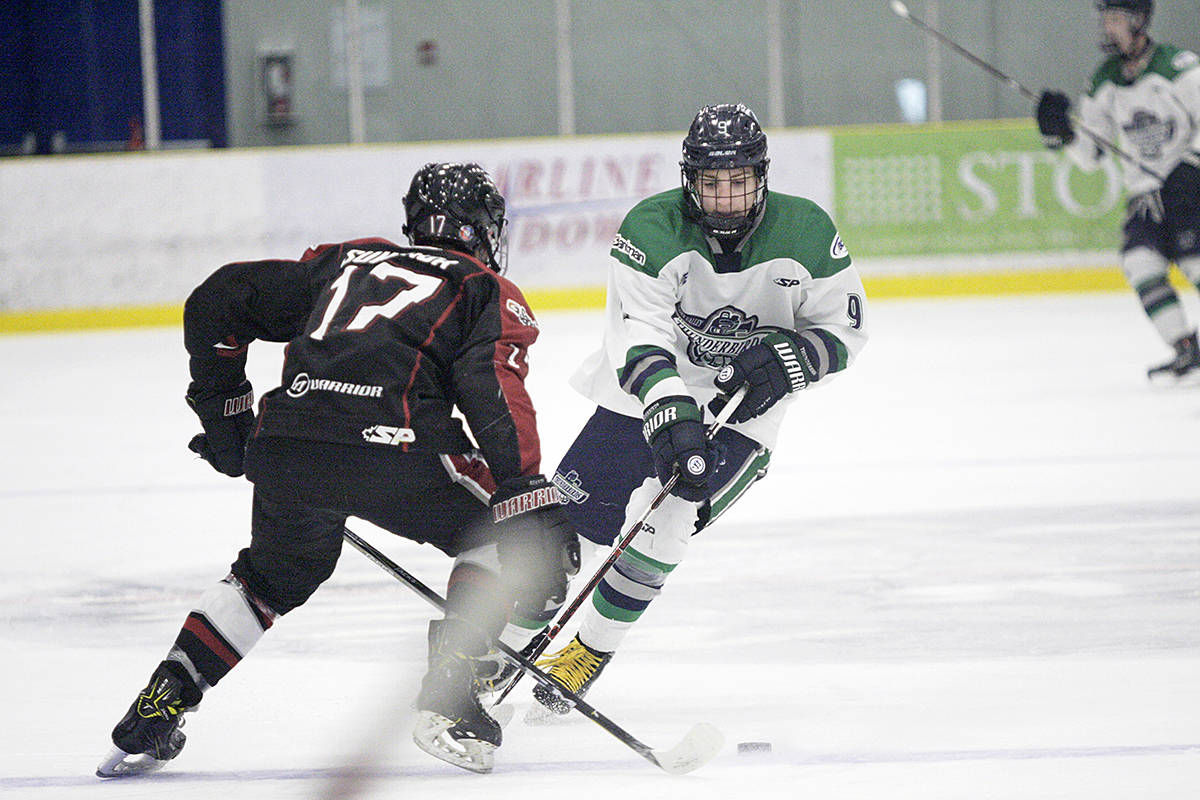 A goal and three assists from Matthew Konrdad helped Fraser Valley Thunderbirds’ rout the Vancouver Northwest Giants on Sunday at the George Preston Recreation Centre in the third and deciding game of the BC Major Midget Hockey League semifinals. Dan Ferguson Langley Times