Trinity Western Spartans pushed the No. 4 UBC Thunderbirds for 30 minutes before falling 100-80 in Canada West men’s basketball Saturday night in the second of two games at the Langley Events Centre.

Cohee leads the UBC team with 19.2 points per game, which is tied for sixth in Canada West, averaging 4.9 rebounds and 3.5 assists.

“Growing up in Langley, even before the provincial championships, we were always playing there,” Cohee said before the games.

On the previous night, the Thunderbirds started strong, and never trailed as they defeated the Spartans 112-65.

Cohee scored 22 points for UBC in that game.

“We could have splintered apart, but our guys came back and battled,” said TWU Head Coach Aaron Muhic.

“We have a lot of injuries, and we are pretty banged up, so I was super happy with the way we competed.”

Trinity Western now travels to Winnipeg to take on the University of Manitoba next weekend for Friday, Jan. 18 and Saturday, Jan. 19 night games.

In Canada West women’s basketball action Saturday night at the Langley Events Centre, the UBC Thunderbirds pulled away from Trinity Western after an evenly matched first half to defeat the Spartans 70-48.

UBC’s win puts them at a 10-4 season, while the Spartans drop down to an 8-6 season record.

Rookie forward Nicole Fransson led the Spartans with 12 points and nine rebounds, four of which were offensive.

“We really struggled to generate any offence from the disruptive defence we were getting,” said TWU Head Coach Cheryl Jean-Paul.

In Friday action, UBC’s Maddison Penn and Keylyn Filewich each earned a double-double to lead the visiting Thunderbirds to a 76-64 win over Trinity Western. 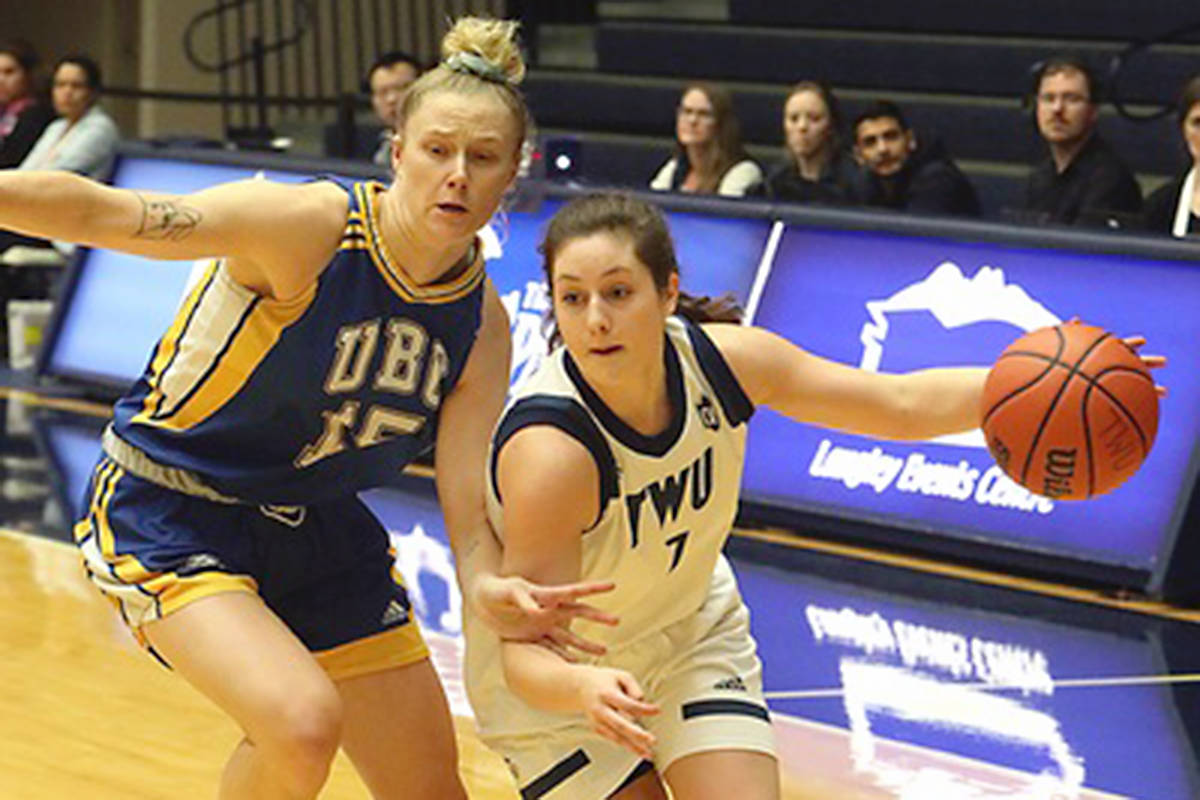