Whitecaps FC2 were defeated 1-0 by Portland Timbers 2 at McLeod Athletic Park on a rainy Saturday afternoon.

In a match littered with Whitecaps FC 2 opportunities, it was Timbers 2 who came out victorious. The lone goal came in the 67th minute when Victor Arboleda put away a loose ball. ‘Caps goalkeeper Spencer Richey came out for a 50/50 ball at the top of the box, but the ball fell to Arboleda with an open net.

WFC2 showed flashes of their offensive ability in the second half but were unable to finish on any attempts.

In the 64th minute, on a 32-yard free kick, David Norman Jr. struck a good shot on net, with Chris Serban in position on the rebound but unable to beat goalkeeper Kendall McIntosh.

Norman Jr. was at in again in the 80th minute, dribbling with pace then feeding Gloire Amanda whose strike was again stopped by the T2 keeper. Not to be outdone, Richey provided WFC2 fans with some magic of his own. In the 88th minute, Richey displayed a never-say-die mentality as he made two stops to keep the ‘Caps within striking distance.

Late on it looked like WFC2 would finally tie it up. In the second minute of stoppage time, it was Norman Jr. with a beautiful strike from 30 yards out. The Coquitlam lad took it down on his chest, and then on the volley looked to have hit the top left corner, but McIntosh again was able to make a fantastic save, sealing just the third win of the season for Timbers 2.

Whitecaps FC 2 now head out for their final road match of the season, visiting league-leading Real Monarchs SLC at Rio Tinto Stadium. Kickoff on Saturday, October 7 is at 6 p.m. PT live on whitecapsfc2.com.

They are back home for their season finale on Friday, October 13 when they host Orange County SC at UBC Thunderbird Stadium. Kickoff for that one is at 7 p.m. PT. Visit whitecapsfc2.com for tickets. 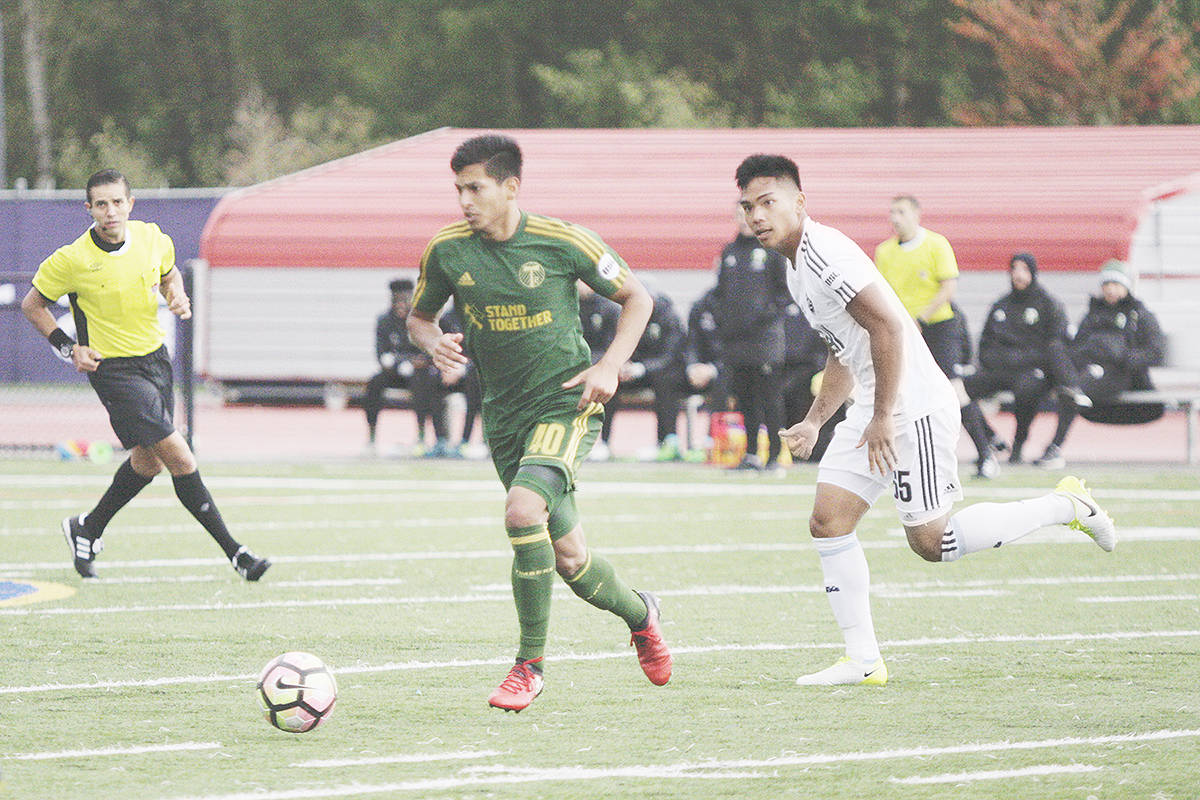