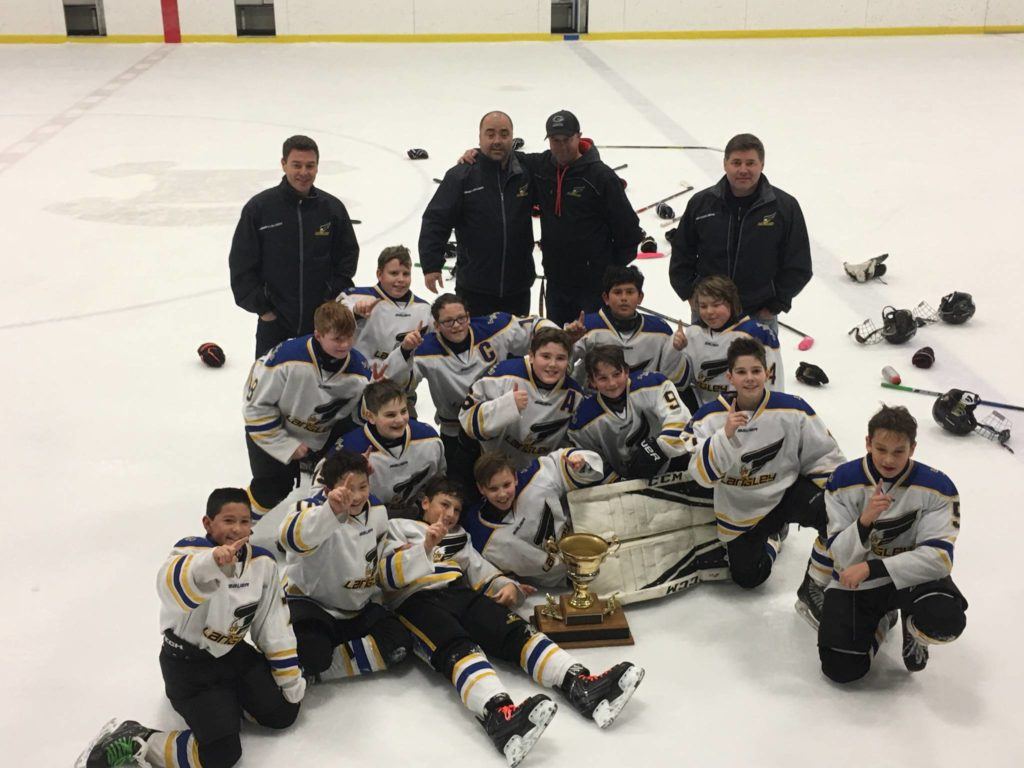 Kelowna may have second thoughts about inviting the Langley LY3 Titans back to their tournament next season.

The peewee hockey team travelled to the interior to take part in the Shawn Crosby Classic Tournament over the weekend, defeating four different Kelowna teams en route to the gold medal.

The Titans won four of their five games by multiple goals, including scoring six unanswered goals to snap a 1-1 tie and defeat the Kelowna Rams 7-1 in the gold-medal game.

The lone game which was close on the scoreboard was the semifinals against the Kelowna Sting, which saw the teams tied at five through regulation. The game required a shootout with the Titans winning 2-0 to advance to the championship final.