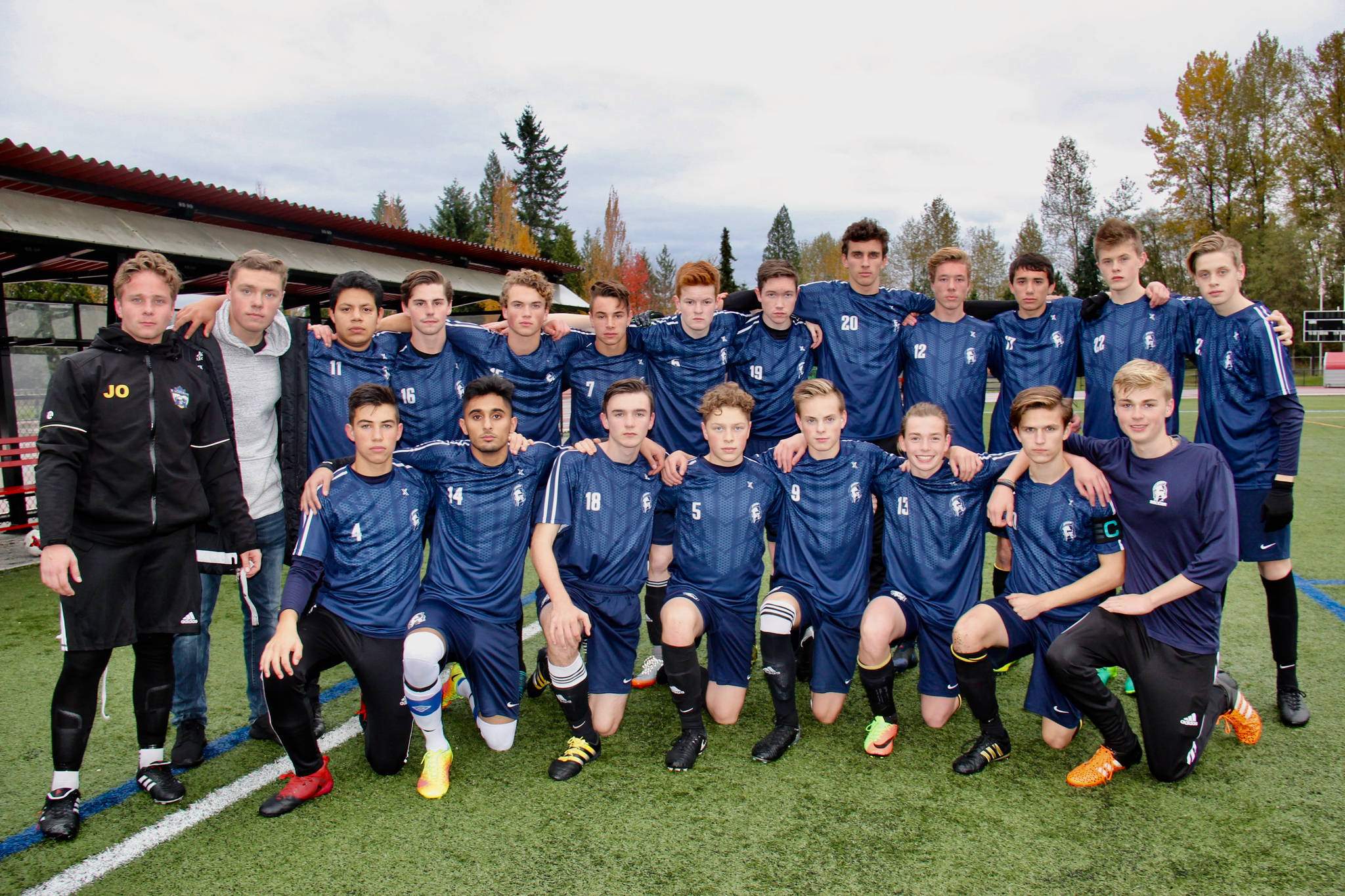 While happy for the success of the volleyball program at Langley Fundamental, soccer coach Tamera Shearon has long wanted to add to the school’s collection.

And now, they are able to do just that, courtesy of not one, but two Fraser Valley banners won last week.

“We have been clawing our way up over the last couple of years,” Shearon said.

“We have looked up at the wall a lot of times and there are volleyball banners but we have never been able to get that soccer banner.”

The Titans won two banners, both on Nov. 9 at Coquitlam’s Town Centre.

Langley Fundamental was seeded second for the Fraser Valley AA senior boys championships after winning the Langley zone with a perfect 8-0-0 mark, outscoring their foes 62-4.

North Delta had won the South zone with a 6-0-0 record, beating their opponents a combined 23-1.

The Titans won their first two Fraser Valley games by identical 3-1 scores while the Huskies won 1-0 and 2-0, respectively.

In the championship final, the Titans struck for three goals in the first half alone as Jacob Sol scored twice and Jackson Thomson had the other. Ryan Schroeder added a second-half tally to round out the scoring.

North Delta came out strong in the second half, applying intense pressure as they tried to get on the board and back in the game. And they nearly did after a rare Titans defensive miscue resulted in a two-on-break, but goalkeeper Justin Moffat came up with a massive save.

Shearon admitted had the Huskies scored — it was in the first 10 minutes — the game’s trajectory could have been drastically changed.

“But when he made that save, (the momentum) changed again,” she said.

The Huskies may have under-estimated the small-school Titans.

“Nobody knows who we are,” Shearon said. “They just didn’t know we could play.”

Last year, the Titans finished third at the Fraser Valley championships and then matched that with a program-best bronze at the BC high school championships.

“Our team is very organized and they work very well together,” Shearon said, adding that the team boasts good depth.

Up next for the squad is the B.C. provincial championships which run Nov. 20 to 22 at the Burnaby Lakes Sports Complex West.