Up to 60 top ringette teams from around the province are coming to Langley for the annual Michelle Vandale Memorial Spirit of Winter Ringette Tournament that will run from Friday Nov. 30 to Sunday, Dec.2.

Langley Sportsplex, George Preston arena and the new Aldergrove arena will host the event, beginning with opening ceremonies on Friday that include a fundraiser and game between the Canada Winter Games Team BC and the National Ringette League BC Thunder at George Preston.

Vandale, who passed away suddenly in 2009 at the age of 42, used to coach youth ringette with the Fraser Valley Ringette Association.

To honour her memory, her name was added to the already-existing Spirit of Winter ringette tournament. 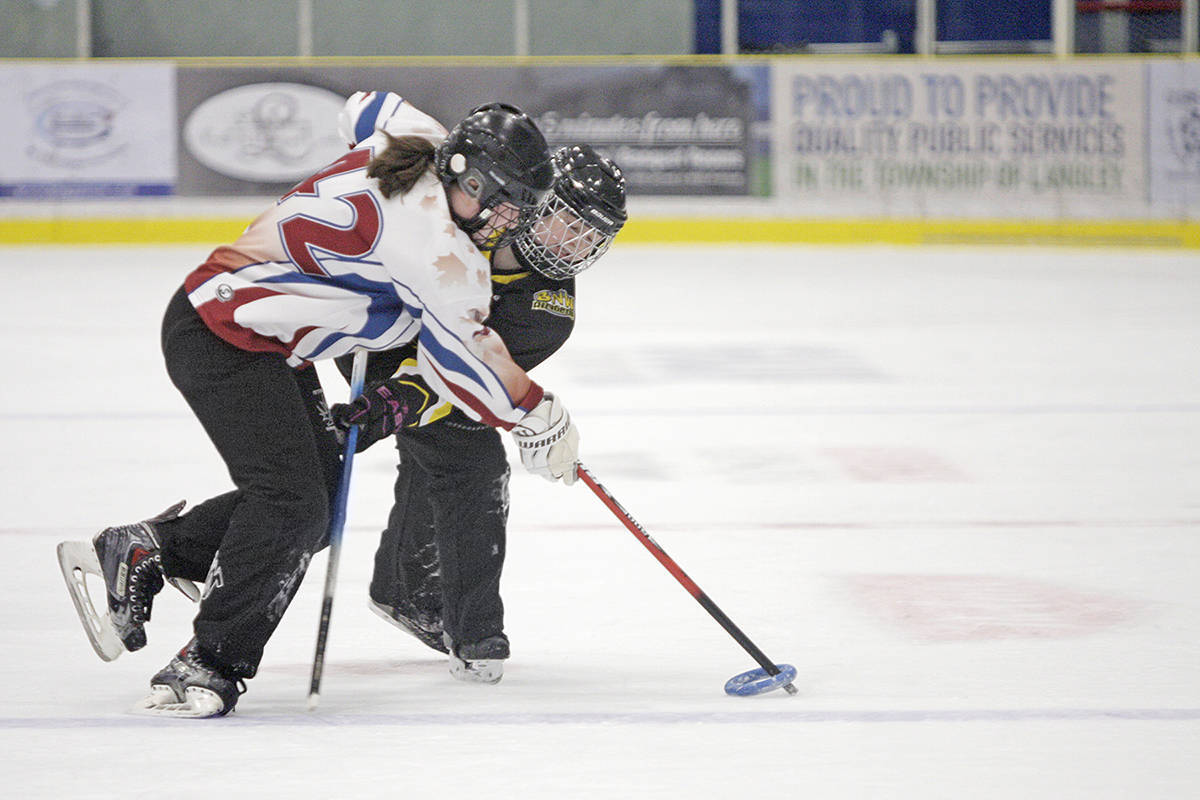 60 teams are coming from across the province top compete in the annual Michelle Vandale Memorial Spirit of Winter Ringette Tournament. File photo