It was delayed a year due to the pandemic, and several top athletes had to bow out because of injuries.

But the 2022 Bell Canadian Track and Field Championships was a still a success, and a showcase for Langley; of an overhauled McLeod Athletic Park, of the Langley Mustangs track club who worked hard to make it a success, and of local athletes who manged to stand out in a field of 1,600 elite competitors from all across the country.

For five days in June, the best in Canada came to Langley to compete.

It would have been an opportunity for Langley pentathlon star Georgia Ellenwood to have a hometown crowd cheering her on, if it wasn’t for a ruptured Achilles tendon, suffered during during a high jump attempt at a qualifying pentathlon meet for the world indoor track and field championships in February.

Out for the entire season, Ellenwood turned her talents to commenting, lending an insider’s perspective to interviews with top competitors at the meet.

She wasn’t the only big name to be forced out.

So did middle-distance runner Gabriela DeBues-Stafford, who announced she was out, due to what was described as a “stress reaction” in her lower back.

And distance runner Justyn Knight, struggling with an Achilles injury, sat out the Bell meet, as did hurdler Sage Watson, who hasn’t fully recovered from a back injury suffered before the 2020 Olympics. 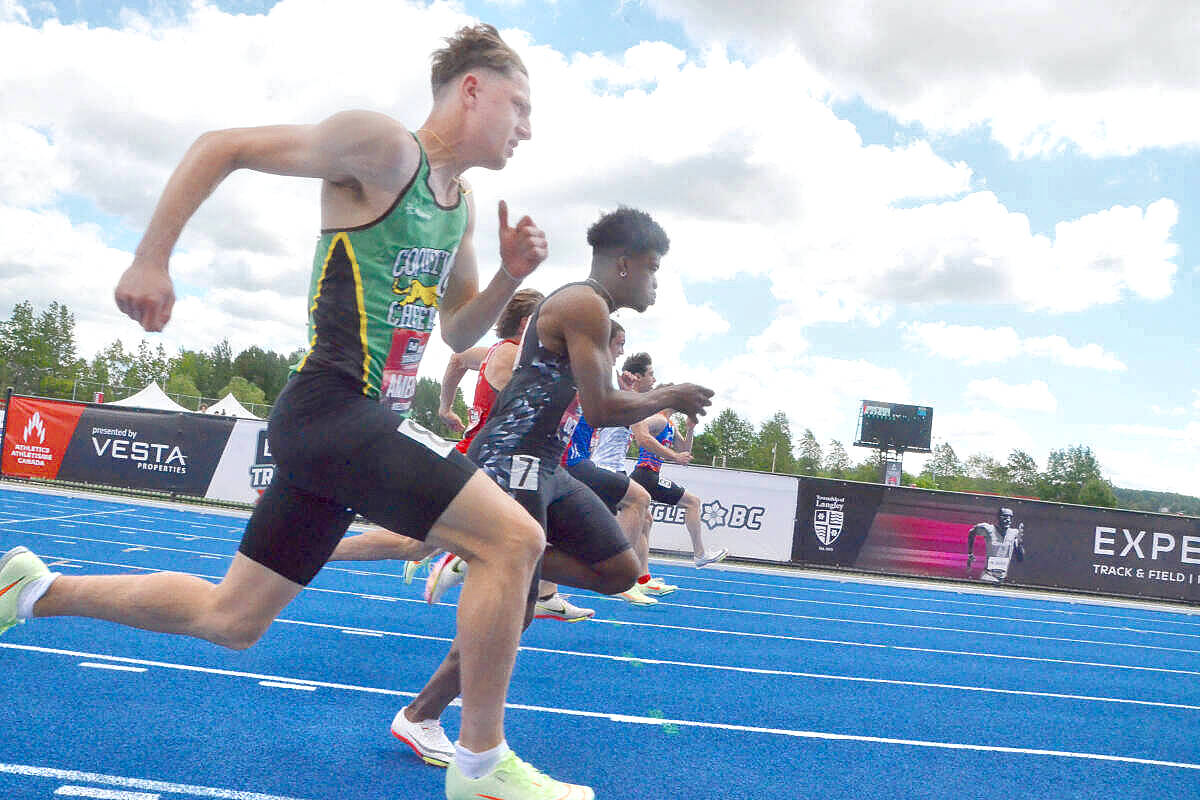 But former Brookswood Secondary graduate Django Lovett did show, and won the men’s open high jump with a leap of 2.2 metres.

“The week in Langley has been a little overwhelming,” Lovett commented.

“[There are] so many family and friends here. It’s easy to get a little distracted, but in the best ways possible. You feel love and encouraged. It’s special.”

Both Lovett and Ellenwood are former members of the Langley Mustangs, co-host of the championships.

Several Mustangs had top-10 finishes at the national championships that drew 1,600 competitors to the five-day competition which ended on Sunday, June 26.

Among them was Aiden Grout, an up-and-coming athlete from Pitt Meadows, who, despite battling an injury, managed a seventh place in the high jump that Lovett won.

Grout had been struggling with plantar fasciitis for close to a month before the competition, deploying alternative methods of training – cycling, swimming, and weights – without running.

As well, Mustangs runner Jade Lenton was a member of the four-person Team B.C. who won the 4X400 metre U20 women’s relay. Lenton also finished eighth in the 800m finals.

Other Mustangs finalists included Regan Yee, who was second in the senior women’s 3000m steeplechase, and Madison Gordon, who finished fifth in long jump.

READ ALSO: A call for volunteers as Langley readies for the 2022 Bell Canadian Track and Field Championships

Langley Mustangs president and jumps coach Kevin Harrison said the host club Mustangs worked closely with the Township, B.C. Athletics, and Athletics Canada, to coordinate the “many moving pieces” that make up national championships for the senior, U20, para athletics and combined events, as well as the trials for the World Athletics Championships.

At the end, Harrison described the Bell Canadian Track and Field Championships as “a great show,” the result of hard work by “hundreds and hundreds” of volunteers.

“We did a great job,” a tired but happy Harrison said following the close of the national championships, which were co-hosted by the Mustangs and Township of Langley.

One of the head coaches from Team Canada told Harrison they were impressed with how hard the volunteers worked, and how well the event was organized.

Harrison said several athletes also remarked on the quality of the facilities at McLeod Athletic Park, which underwent more than $5 million worth of upgrades after Langley secured the bid for the games. 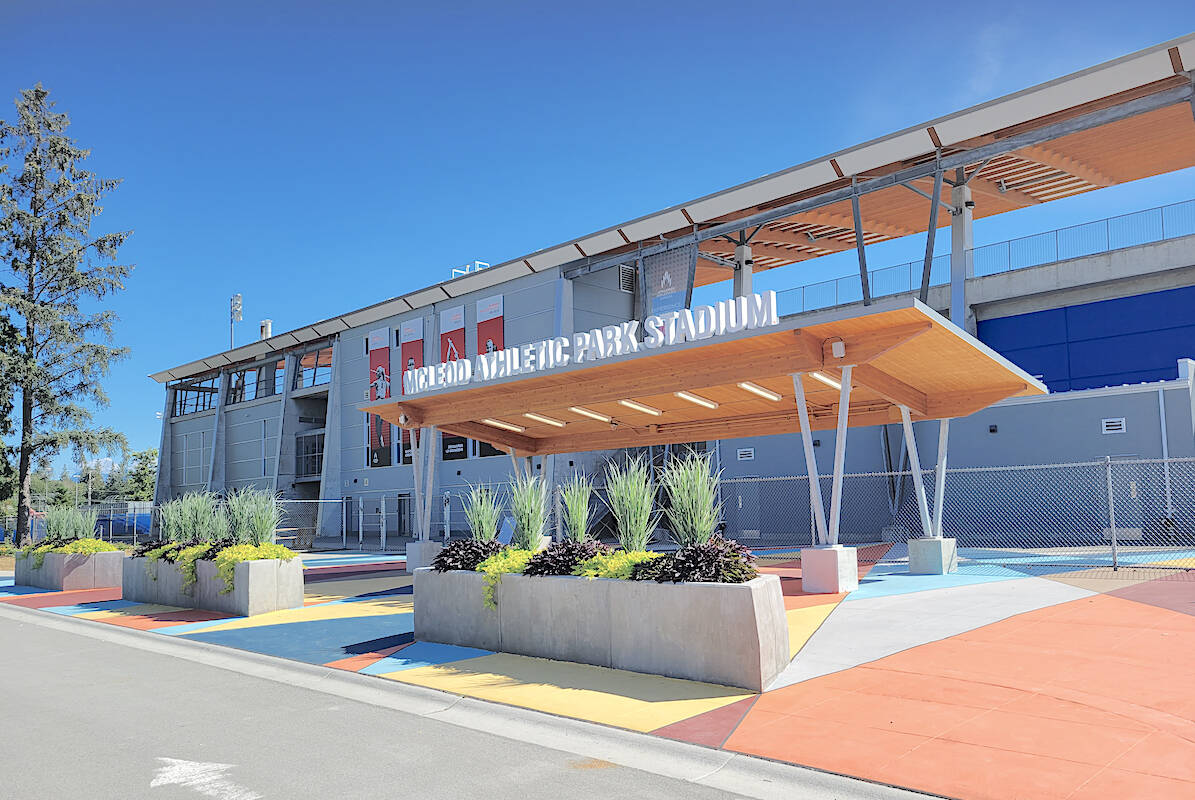 1,600 elite athletes from across Canada competed over five days at an upgraded McLeod Athletic Park in June. In preparation for the 2022 Bell Canadian Track and Field Championships, the Langley facility underwent $5 million worth of upgrades. (Langley Advance Times file)

Harrison said it made fast times possible when middle-distance runner Marco Arop won the 800m final in a season’s best time of 1:44.39, with Canadian 800m record holder Brandon McBride a close second, in the event that drew the biggest crowd.

“It proved this facility is one of the best,” Harrison commented, one that supports “world class results.”

“We’re hoping it’s a nice shot in the arm” for local track and field, Harrison added,.